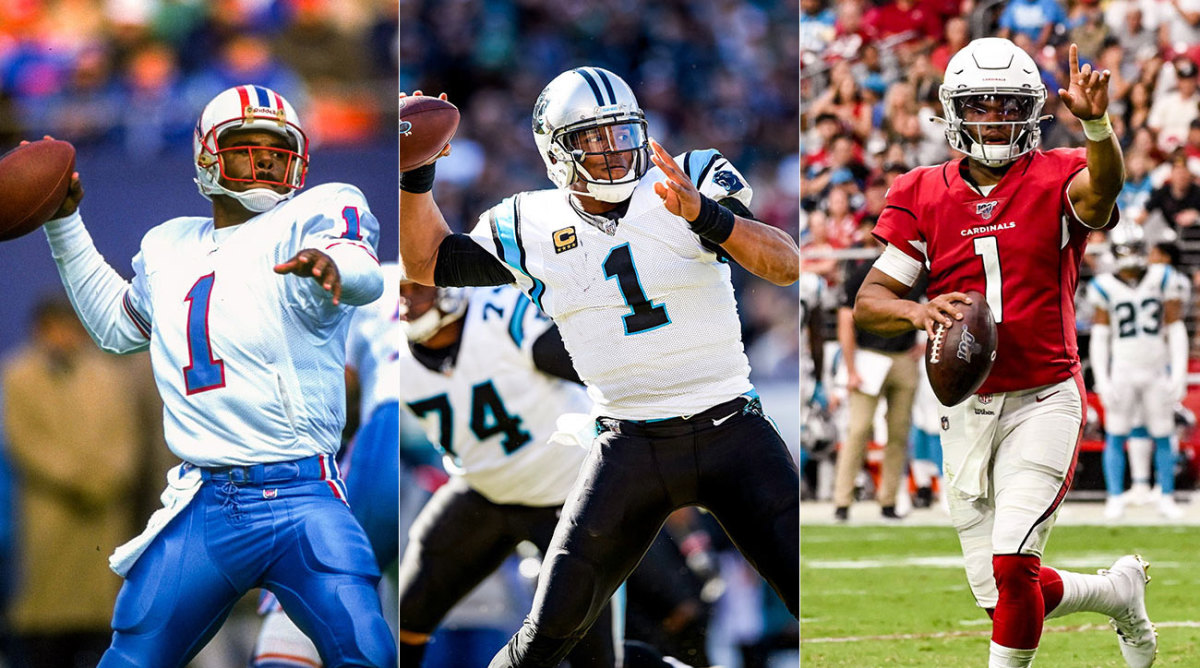 The greatest passer to ever wear No. 1 consistently in the NFL chose the uniform for its symbolism. Fourteen years after Warren Moon retired, he told a reporter that, sure, there was an appeal because it was different and no other quarterback was wearing it at the time. But there was also the idea that it was something teammates could “look at on my back. Every time they looked at me as a leader on our football team, they saw the number 1.”

The second greatest passer to ever wear No. 1 consistently in the NFL was given the number because he couldn’t win a tug of war with Jimmy Clausen for the No. 2. Clausen famously would not hand Cam Newton the number he wore at Auburn, so the incoming No. 1 pick in the draft went with No. 1, which the Panthers had never given out before. A year later, Clausen decided he didn’t want to wear No. 2 either, and switched to No. 7.

Regardless of how both came into existence, be it a leadership tool or passive aggression from a quarterback who was about to be leapfrogged on the depth chart, it helped lay the foundation for the halcyon days of the loneliest number. No. 1 has long been ignored as the best number for quarterbacks, but not for long.

Kyler Murray, the 2019 Offensive Rookie of the Year, decided to keep the No. 1 he wore at Oklahoma. And earlier this week, Tua Tagovailoa revealed he would also don the number as well, sparing the legion of pearl clutching Miamians who would faint at the mere thought of unretiring No. 13 (Tagovailoa’s college number, coincidentally worn by Dolphins legend Dan Marino). Should Tagovailoa succeed, it will only cement my unwavering belief that there is no more aesthetically pleasing number for a quarterback. Just look how cool Deshaun Watson is entering the stadium in a Warren Moon throwback. Take your 7s, 4s, 13s, 18s, 12s and 8s and shove it.

Vick and Cunningham are both exceptional but are not most commonly associated with that number. George, a delightfully mulletted journeyman who started 124 games over 12 years, wore the number for three seasons (35 starts) in Atlanta, though both the Falcons and George were middling at best (over those 35 games, George was 16-19, completing 60% of his passes for 8,575 yards, 50 touchdowns and 32 interceptions).

George’s play wasn’t exactly in line with the natural beauty of Moon’s game, or the best of Newton, which was some of the most enjoyable football we’ve seen in decades even if we’re not prepared to admit it. Which is why we should be thankful for Murray and Tagovailoa for carrying the torch from here. Thank me later when the next quarterback your team takes high up in the draft sports the league’s best number.