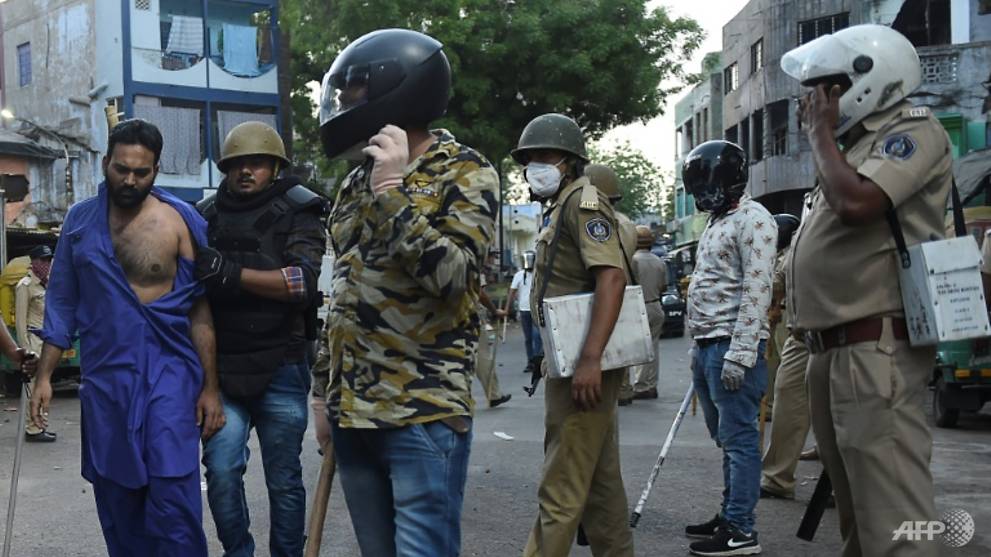 AHMEDABAD: Hundreds of migrant workers in India’s western state of Gujarat have clashed for a second day with authorities, hurling stones at police trying to enforce a lockdown to stem the spread of coronavirus.

Protesters took to the streets in the city of Surat on Saturday (May 9), a day after residents in Ahmedabad clashed with paramilitary forces.

More than 500 workers employed in industries in the Hazira belt, on the outskirts of Surat, gathered to demand that the authorities make arrangements for them to return to their home states.

The protesters, most of them migrant workers from the states of Uttar Pradesh and Bihar, told police they are struggling to survive without work and money.

“We told them that a large number of workers have been sent to their home states by the government, and similar arrangements would be made for them too,” Inspector H.R. Brahmbhatt, based at Ichhapore police station, told Reuters.

“We asked them to have some patience and to return to their homes because of the lockdown, but they refused, and started throwing stones at us.”

D N Patel, joint commissioner of police for Surat, said around 50 workers were arrested and have been charged with unlawful assembly and rioting.

“We are in the process of identifying more people who were involved in the violence,” he said.

The violence comes as the number of reported coronavirus cases in India climbed to 59,662, with 1,981 deaths.

Gujarat has seen several incidents of violent protests by residents and migrant workers since the nationwide lockdown began on March 25. It has been extended twice and will now run until May 17, the government said last week.

Surat, which is home to nearly a million migrant workers, is a hub for the textile and diamond industry.

Earlier in the week, 1,000 migrant workers took part in a protest in the village of Vareli, on the outskirts on Surat.

Patel said a large number of police reinforcements have been sent to the area and the situation was under control.