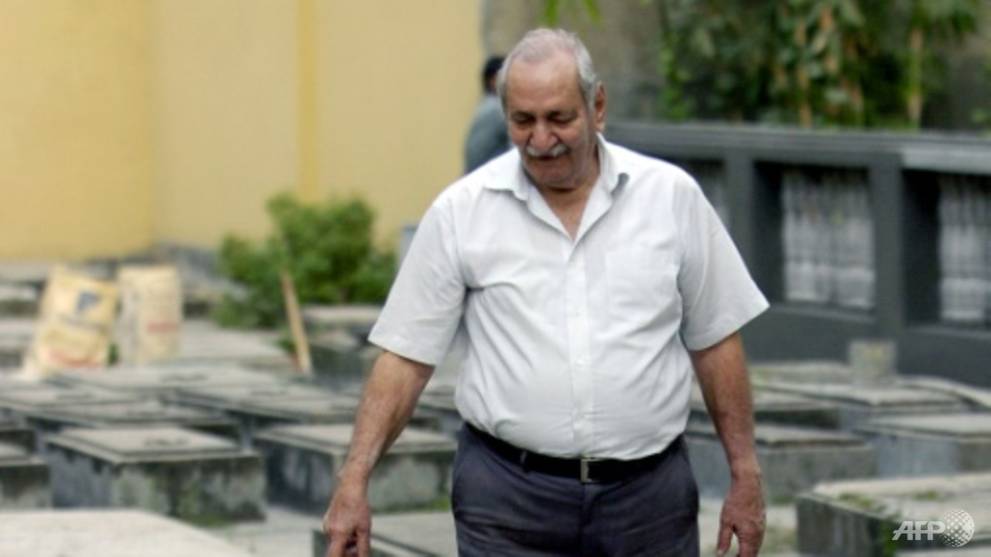 DHAKA: Michael Joseph Martin, Bangladesh’s last Armenian, has died aged 89, bringing an end to the more than 300-year presence of the once thriving and powerful minority Christian community.

Martin spent decades as custodian of the Armenian Church of the Holy Resurrection which was founded in 1781 in what was once the heart of the Armenian community in Dhaka.

Armen Arslanian, the church’s warden who is based abroad, said Martin “was instrumental in maintaining the survival of the Armenian Church in Dhaka.

“Without the many personal sacrifices and complete devotion to the church, the premises and the history of the Armenians in Dhaka would not have survived today,” he added as he announced Martin had died on Apr 11.

The Bangladeshi capital was once home to hundreds of Armenians who first arrived in the 16th century and became major traders, lawyers and public officials in the city.

Martin came to Dhaka in 1942 following in the footsteps of his father who had settled in the region decades earlier. He was originally a trader.

Martin – whose Armenian name was Mikel Housep Martirossian – went on to look after the church and its graveyard where 400 people are buried, including his wife who died in 2006.

When their children left the country, Martin became the sole remaining Armenian in Dhaka and lived alone in a mansion in the church grounds.

“When I walk, sometimes I feel spirits moving around. These are the spirits of my ancestors. They were noble men and women, now resting in peace,” Martin told AFP in an interview published in January 2009.

The marble tombstones he tended display family names such as Sarkies, Manook and Aratoon from a time when Armenians were Dhaka’s wealthiest merchants with palatial homes who traded jute, spices, indigo and leather.

“The earliest surviving Armenian tombstone is that of Khojah Avietes Lazar who died in Dhaka on Jun 7, 1714, this makes the known Armenian presence in Bangladesh to be over 300 years, similar to that of the community in Kolkata,” Liz Chater, who did extensive research on the Armenian presence in South Asia, told AFP.

Martin had said the Armenians, persecuted elsewhere, were embraced in what is now Bangladesh first by the Mughals in the 16th and 17th centuries and then by the British Empire.

“Their numbers fluctuated with the prospects in trading in Dhaka,” Muntasir Mamun, a historian at Dhaka University, told AFP in 2009.

But they dominated business. “They were the who’s who in town. They celebrated all their religious festivals with pomp and style,” he said.

The decline came after the British left India and the subcontinent was partitioned in 1947 with Dhaka becoming the capital of East Pakistan and then Bangladesh after it gained independence in 1971.

In his last years Martin worried about who would take over as the church caretaker after his death.

“This is a blessed place and God won’t leave it unprotected and uncared for,” Martin said.

“When I die, maybe one of my three daughters will fly in from Canada to keep our presence here alive,” Martin said, speaking broken Bengali with a thick accent.

“Or perhaps other Armenians will come from somewhere else.”

The present warden of the Armenian Church visits Bangladesh every two to three months.