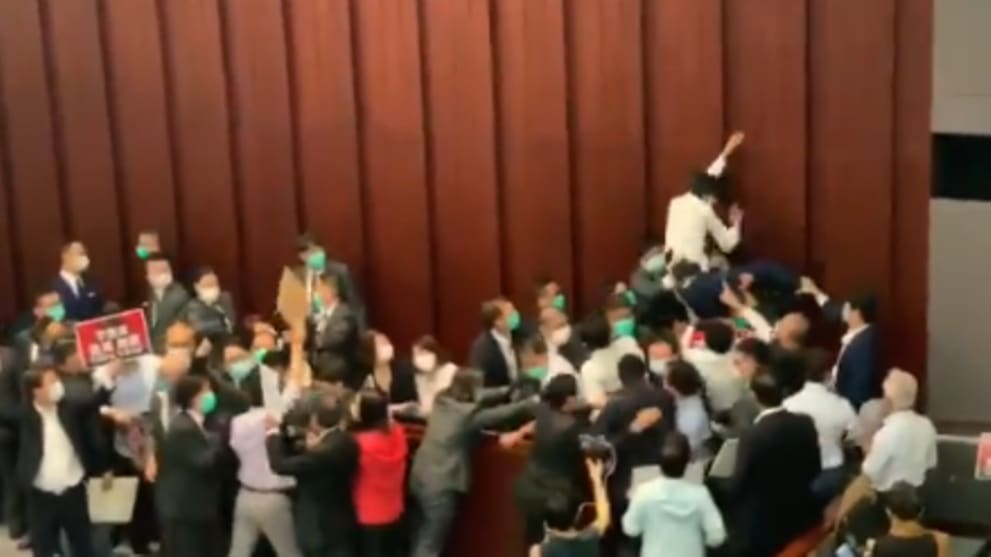 HONG KONG: Rival lawmakers scuffled in Hong Kong’s legislature on Friday (May 8) in a row over electing the chairman of a key committee, a fresh sign of rising political tension as the COVID-19 pandemic tapers off in the city.

Lawmakers shouted and pushed one another at the legislative council meeting.

Videos on social media showed a lawmaker climbing up a wall before being pulled down by security guards, while another lawmaker was dragged down onto the floor.

Beijing has accused the former British colony’s pro-democracy lawmakers of “malicious” filibustering to prevent some proposed bills from going to a final vote.