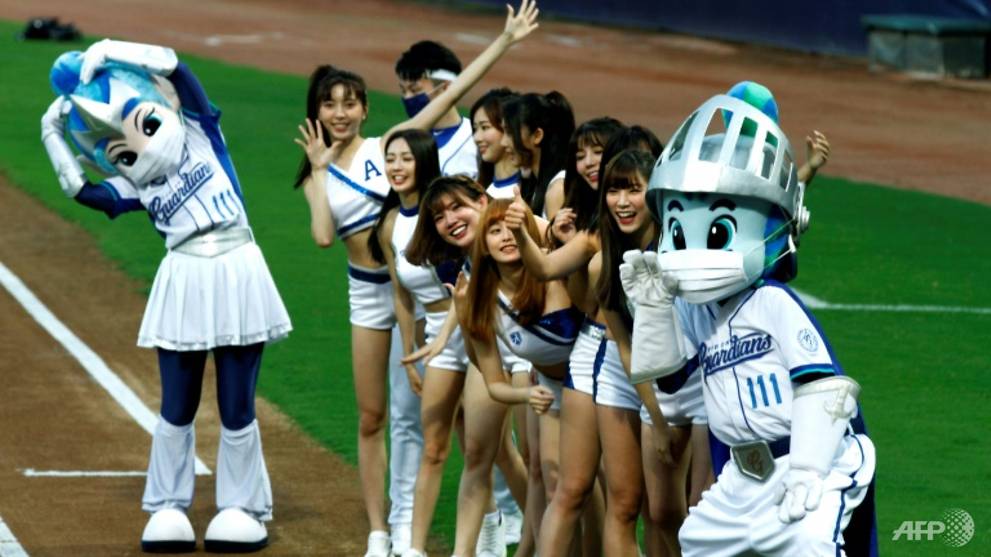 NEW TAIPEI CITY, Taiwan: Taiwanese baseball fans were allowed to cheer their teams at live stadium games on Friday, after the island kept COVID-19 infections down and its professional sports leagues running despite the pandemic.

Taiwan’s baseball scene – little-known elsewhere – has seen a huge surge of global interest in the last few weeks after it became the first professional league to begin a new season, since joined only by South Korea.

Anti-virus restrictions meant Taiwanese fans have had to watch games on their TV sets, with one club placing cardboard cutouts and drumming robots in the stands instead.

But on Friday fans excitedly headed back for some live sporting action.

“I feel very proud that Taiwan is the first to start a baseball season and the first to allow spectators back. I plan to come to every game in this season,” 19-year-old college student Sam Kao told AFP.

“I’m really happy to come back to the stadium. I love to watch the game in person to feel the atmosphere,” said Lin Wen-hsuan, 30, the first in the queue for a game near Taipei.

“I think the adrenaline is a little bit different with the fans. It’s more passion to play baseball … it’s gonna be more fun,” said Henry Sosa, a Dominican pitcher with Fubon Guardians which was taking on Uni 7-Eleven Lions in New Taipei City.

Some social distancing measures remained in place. Attendance at each game is limited to 1,000 people while spectators are required to wear face masks and at a distance from each other.

All of the four teams in Taiwan’s professional league CPBL have begun streaming games with English commentary, racking up millions of views as game starved fans around the world tune in.

Thanks to effective tracing, quarantine and testing, Taiwan has reported just 440 confirmed cases and six deaths despite its close proximity to China.

Baseball is the most popular sport in Taiwan with some 240 games scheduled for the current season.