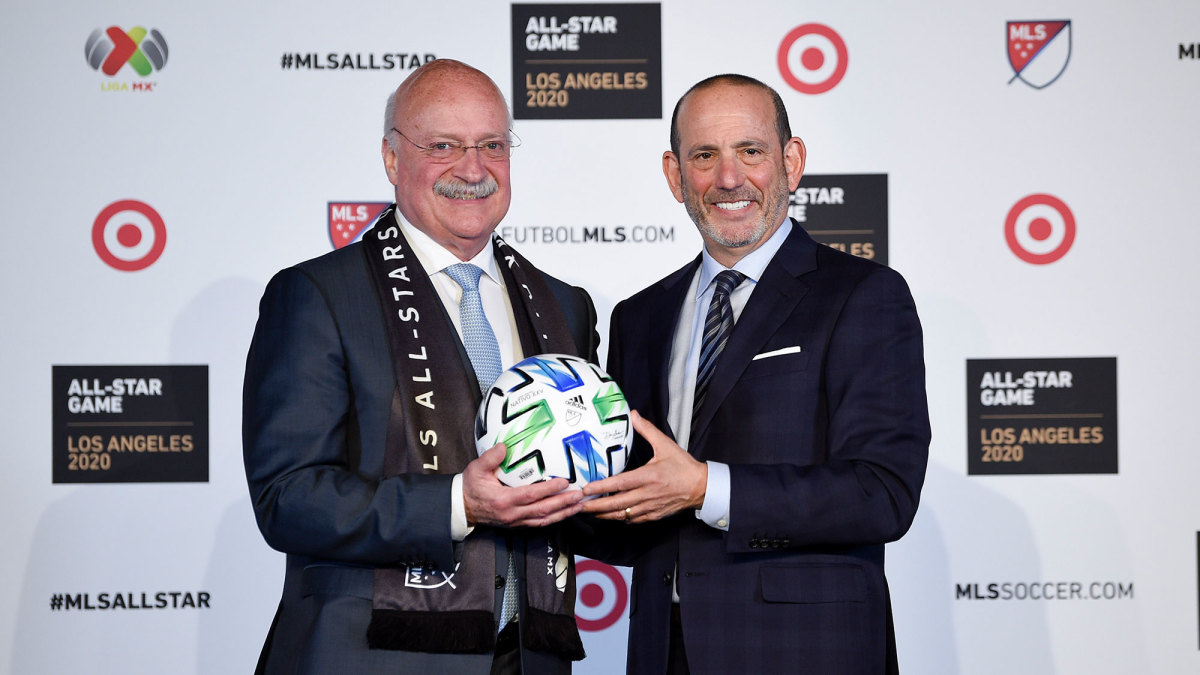 Those who wish North American soccer was more like the European version should take note: a confederation vs. big club/league turf war might be slowly simmering on this side of the Atlantic as well.

For a couple decades, UEFA has been straining to maintain its control over the sport (and the associated cash flow), while Europe’s largest clubs—growing ever richer and more influential—have chafed against soccer’s traditional structure. In an attempt to placate those teams seeking more certainty, more big games and more profit, UEFA has reformatted and expanded its competitions multiple times.

First, a group stage was added to the European Cup, thereby creating the Champions League. Then, starting in 1997, more than one team per country was permitted. With each new hint of big-club discontent or the potential threat of a breakaway super league, UEFA tweaked the Champions League and Europa League to offer additional benefits to the elite. Now, for example, each of Europe’s top six circuits gets three or four Champions League spots, and 21 of those 22 entrants earn a bye to the group stage.

And still, the biggest clubs want more. Domestic success doesn’t mean what it used to, and whispers of a closed Champions League or cross-border super league persist.

Now Concacaf has its own version of a potential super league. But instead of being comprised of the biggest clubs across multiple nations, its version would be some kind of merger between the two biggest leagues by far: MLS and Liga MX. It may be more fantasy than blueprint at this point, but it’s a fantasy the potential participants have acknowledged and discussed.

The on-field rivals sealed a partnership two years ago that led to the creation of the Campeones Cup, a game between the reigning MLS Cup and Liga MX champions. Then came the Leagues Cup, an eight-team, single-elimination tournament that launched with a whimper in 2019 and was poised to double in size in 2020. But those may be just the appetizer.

“That’s what Leagues Cup is—it’s the first step trying to figure out how could you have more compelling competition in addition to the competition we have with the Concacaf Champions League,” MLS commissioner Don Garber told ESPN last summer. “I mean, the ultimate dream—[Liga MX president Enrique Bonilla] talked about it down in Mexico; we’ve been talking about it a lot here—if you ever can dream of a league that is combined in some way, it could be a powerful force in professional sports.”

Wait. Did he mean “in addition” to the CCL, or “instead of?” It’s no secret that MLS has never been the CCL’s biggest supporter. Mexico’s 14-year win streak surely has something to do with it, but that dominance also is a result of MLS’s relative apathy. The league hasn’t allowed its representatives to spend their way into consistent contention, nor has it pushed for a calendar that’s fairer to MLS teams exiting a long winter offseason. The travel and compressed schedules have wreaked havoc on the first half of some participants’ seasons.

The biggest problem with the CCL, however, at least from an MLS/Liga MX perspective, is that they don’t own it. Concacaf profits off the CCL. MLS and Liga MX don’t. The rights to a merged league, however? The money earned there would go straight to New York City and Mexico City.

“It’s probable that the possible creation of a North American super league is best for MLS in the short term and for Liga MX in the medium term, but over the long term it is best for both and the potential to add value and create jobs is immense,” Santos Laguna and Atlas FC owner Alejandro Irarragorri said last month. “Without doubt it is an alternative that should be explored and analyzed.”

And so like UEFA, Concacaf must protect its turf. A merged MLS/Liga MX poses an existential challenge to the CCL and, by extension, to the confederation’s governance of North American soccer. And this week, Concacaf president Victor Montagliani made his move, announcing a plan to expand the current CCL to include more teams, more games, and, he hopes, more compelling matchups that could offer clubs a gameday revenue boost.

Montagliani was speaking to OneSoccer, a Canadian streaming service.

The 2017-18 revamp Montagliani mentioned was the elimination of the CCL’s group stage, which frequently underwhelmed on the field and at the box office. Liga MX teams breezed through. MLS teams tripped up with decreasing frequency. And opponents beyond those two leagues typically lacked relevance to MLS and Liga MX fans. What emerged following the overhaul was a 16-team, home-and-away bracket featuring four MLS clubs, four from Liga MX, one from Canada (almost certainly an MLS club), one from the Caribbean, and then six qualifiers from Central America or the Caribbean that survived a fall competition called the Concacaf League.

In addition to an expanded, potentially more lucrative CCL, Montagliani has another deterrent in his arsenal: sanctioning. An MLS/Liga MX merger can’t happen in a vacuum.

“It goes back to the governance of the game,” Montagliani told OneSoccer. “This isn’t like the AFL and the NFL where you know, the AFL just walks over to another building and says, ‘Let’s merge,’ and now you have a [new] NFL. It’s not that easy. This is not leagues merging. This is countries. So already, it’s a different dynamic. And so now, you have governance of Concacaf [and] governance of FIFA. You also have to have all the other confederations look at it, because all of a sudden you do something like that here, I can already see the Europeans raising their eyebrows.”

Last year, Garber said, “Sure, I think so,” when asked whether FIFA (and Concacaf, it’s assumed) might sanction a merged league.

“At the end of the day, the governing bodies of our sport are looking to see how we can have more compelling competitions,” the commissioner said.

That’s true. But they’re not looking to just give those competitions away.

Montagliani conceded that speculation will continue, but like UEFA, he’ll be happy to delay it if possible.

“A lot of those discussions are probably more of a post-2026 [World Cup] discussion,” he said. “Let’s see what the football world looks like. But I think between now and 2026, you’re going to see more of an expanded version of our Champions League.”