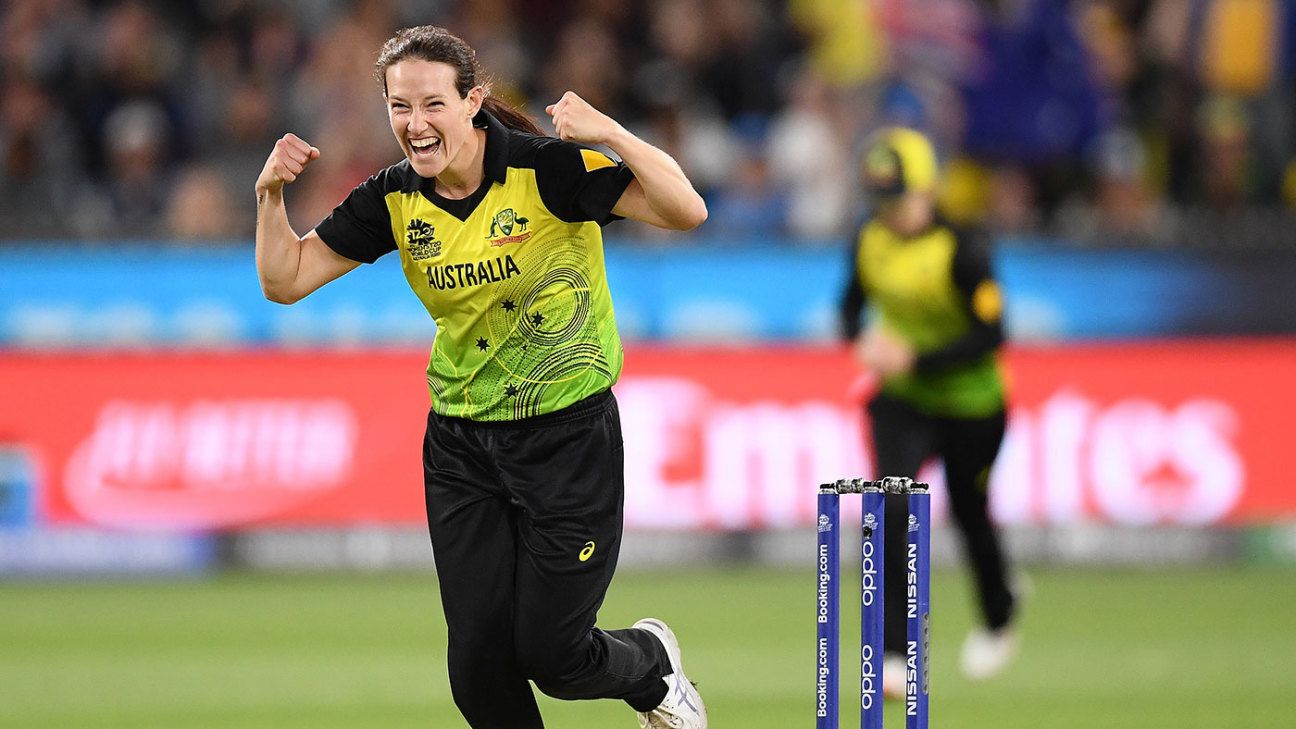 Australia pace bowler Megan Schutt has called on the women’s game to be treated fairly when it comes to potential cuts in the wake of the Covid-19 pandemic but accepts it is inevitable that the impact will be felt.

The domestic set-up across Australian cricket looks set to come under pressure amid cost cutting even though the players’ union cast doubt on the severity of Cricket Australia’s financial warnings which led to the majority of staff being stood down.

While the prospects for the 2020-21 Australia season being able to take place are promising – on Friday the government launched a two-month road map to get the country back up and running – there remain a lot of questions around sport at all levels.

In the women’s professional game the WBBL, which had its first standalone season in 2018-19 rather than being played concurrently with the men’s competition, and National Cricket League could both be shrunk.

“Cricket around the globe is going to be affected by this and I have no doubt that women’s cricket is also going to suffer,” Schutt said. “Whatever kind of season they can muster together, I think they are going to be happy enough with.

“Obviously there’s going to be reductions somewhere, there kind of has to be, and as long as we aren’t taking a significant hit in women’s cricket specifically then I’m okay with that. It’s about finding a balance of how we can get cricket going again on the national and international scene.”

Alongside a potential reduction in matches there could also be a slimming down of support staff around teams. A number of the states have already laid off staff – Schutt has friends at the South Australian Cricket Association (SACA) who have lost their jobs – while the national team might not have the volume of coaches it has become used to.

“It really sucks seeing staff being let go in all areas,” she said. “Returning to cricket there will still be people helping out…and individually we do that really well with helping each other out and we’ve been a little self-sufficient in how we go about how training sessions. Training conditions will be a little different, whether that’s in small groups or pairs. I’m confident we’ll be able to adapt to whatever we’ve given.”

However, despite the positive progress being made against the virus in Australia, Schutt does not expect to see crowds this year. “I’m pretty sure there won’t be any crowds in 2020 but hopefully they can be allowed to attend next year. We are happy to play cricket whether that’s in front of fans or not.”