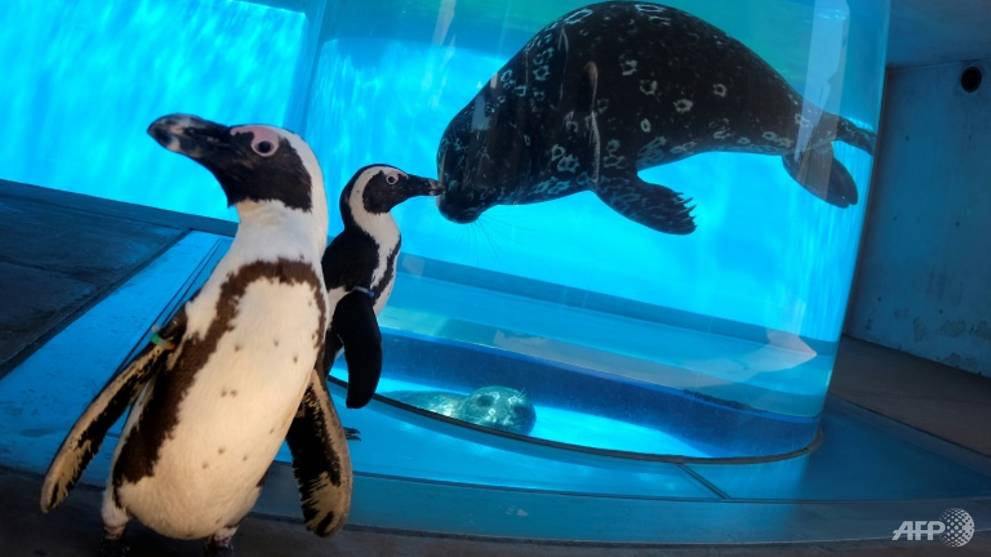 TOKYO: A Japanese aquarium has come up with a wild idea to entertain the public during its temporary closure due to the coronavirus outbreak – introducing sea animals to each other and sharing the results online.

A group of eight penguins at Yokohama Hakkeijima Sea Paradise near Tokyo regularly waddle around inside the aquarium and now they have a new stop – a tank of seals they had never met before.

“They’re not actively trying to get to know each other, but I’m sure they’re interested in each other,” aquarium spokesman Naoya Goto told AFP.

“They’re both really cute, so we decided to let them see each other, film it and share it on social media,” he said.

Museums, zoos and aquariums remain closed as a nationwide state of emergency is in place in Japan until the end of May.

Penguins at the aquarium stroll for up to 20 minutes regularly – a routine in place even before the pandemic – as they need more exercise, Goto said.

And they need to experience some variety from time to time so that they “do not get bored,” he added.

“We want to increase the quality of life for these penguins.”

Sea Paradise has also introduced an otter to a beluga, two of their most popular animals.

Aquarium keeper Nagomi Sato said she posts their videos, “hoping they will offer healing and relieve stress” for those stuck inside due to the virus.