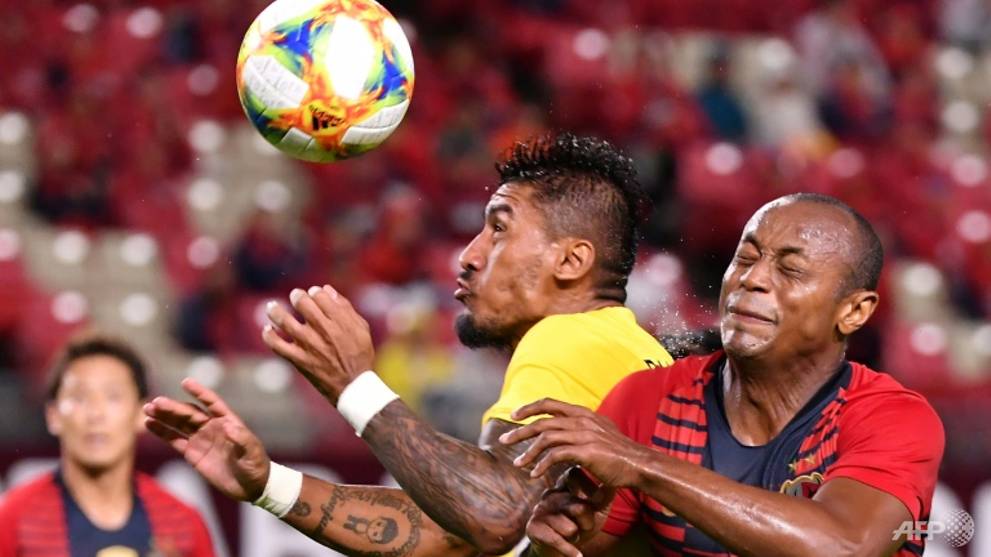 SHANGHAI: The coronavirus-delayed Chinese Super League could kick off next month but without some leading foreign stars including Paulinho and Marko Arnautovic, the country’s football president has warned.

The CSL became one of the first sporting victims of the pandemic in January when its Feb 22 start date was indefinitely postponed.

It could now begin in late June but might have to do so with numerous foreign coaches and players missing because of temporary restrictions on entering the country, Chinese Football Association president Chen Xuyuan said.

“This is truly a dilemma because as we know, one third of the foreign players and even some coaches haven’t come back yet,” Chen told state broadcaster CCTV.

“Frankly speaking we will take this into consideration when starting games but we won’t wait for them all to get back before we kick off or else it will be unfair to other clubs.

“As long as we’re fully prepared in terms of epidemic prevention and control, we’ll actively start.”

Having proclaimed it has coronavirus infections under control, China in late March indefinitely barred overseas visitors, even those with valid visas or work permits, in an effort to stem imported cases.

Fabio Cannavaro’s defending champions Guangzhou Evergrande and runners-up Beijing Guoan would be among the clubs badly impacted if foreigners are not allowed into the country by the time the CSL gets under way.

The Italian World Cup-winning captain, now coach of Evergrande, has returned to China but former Barcelona star Paulinho and fellow Brazilian Anderson Talisca are locked out the country.

SIPG however managed to get Brazilians Hulk and Oscar back before the bar on foreigners kicked in.

Once it is deemed safe to start, matches will be played behind closed doors initially with fans returning to stadiums in phases, Chen said, while the CSL format will likely be tweaked to squeeze games into a shorter timeframe.