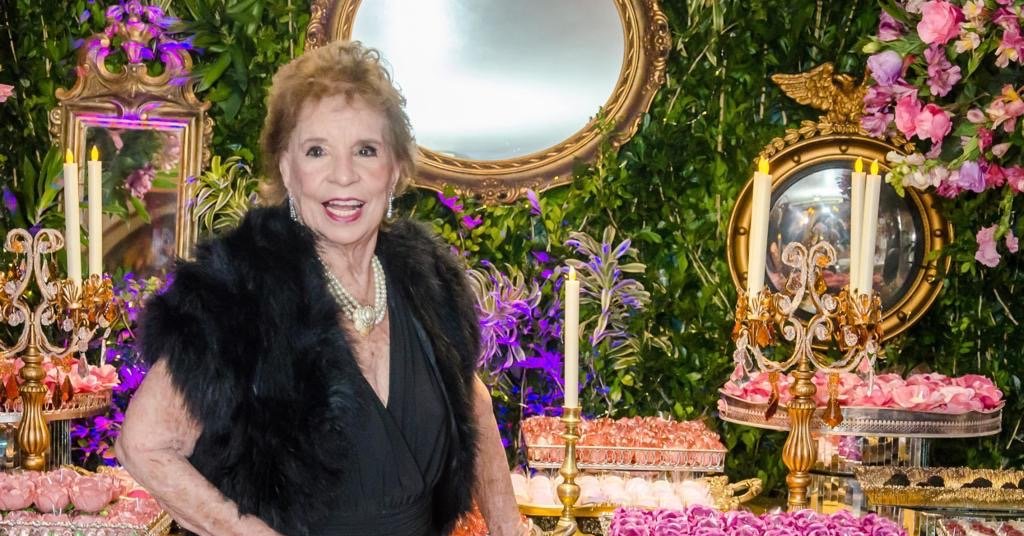 Daisy Lucidi got her start in Brazilian broadcasting in radio’s earliest days, climbing on a box to reach the microphone and reciting poems at age 6. She became a well-known radio figure and then familiar to later generations of Brazilians who watched her on wildly popular telenovelas.

Ms. Lucidi, who parlayed that popularity into a career in politics, died on Thursday at a hospital in Rio de Janeiro. She was 90. The cause was Covid-19, her grandson Luiz Claudio Mendez said.

Ms. Lucidi’s career coincided with the golden age of Brazil’s Radio Nacional, which captured the attention of a vast nation with its nine orchestras broadcasting from an ornate proscenium theater, where programs were performed before a live audience.

Ms. Lucidi spent 10 years at the network presenting the program “Your Servant, Thank-You!” alongside Cesar Ladeira — one of Brazil’s most famous radio personalities. She was also a featured performer in many of the so-called radio theatricals, which later morphed into telenovelas, Latin America’s soap opera genre.

In the 1960s Ms. Lucidi started appearing on television, but she returned to radio in 1971 to host a daily program that ran for 46 years, “Hello Daisy!,” which featured recipes and movie star gossip as well as a segment highlighting urban problems. Ms. Lucidi would use her broadcast pulpit to call upon the authorities to fix them.

She credited the program with inspiring her move to politics. She won a seat on Rio’s city council in 1976 and then three terms in the local state assembly starting in 1980.

Daisy Lucidi was born in Rio on Aug. 10, 1929, to Quinto Lucidi, a police official, and Clarice Lopez, a seamstress. She was married for 64 years to the radio sportscaster Luiz Mendez, who died in 2011. The couple’s son, Luiz Mendez Jr., died in 2014. She is survived by two other grandchildren and three great-grandchildren.

Between 1948 and 2013, Ms. Lucidi appeared in six Brazilian films. After a long hiatus she returned to TV, appearing in the 2007 novella “Tropical Paradise” and in several more before making her final appearance in 2014 in “Generation Brazil.”

“Everything the radio did, television copied, even the novelas,” she said in a 2011 TV interview. “My passion is radio, even though I like television and think I do it well.”