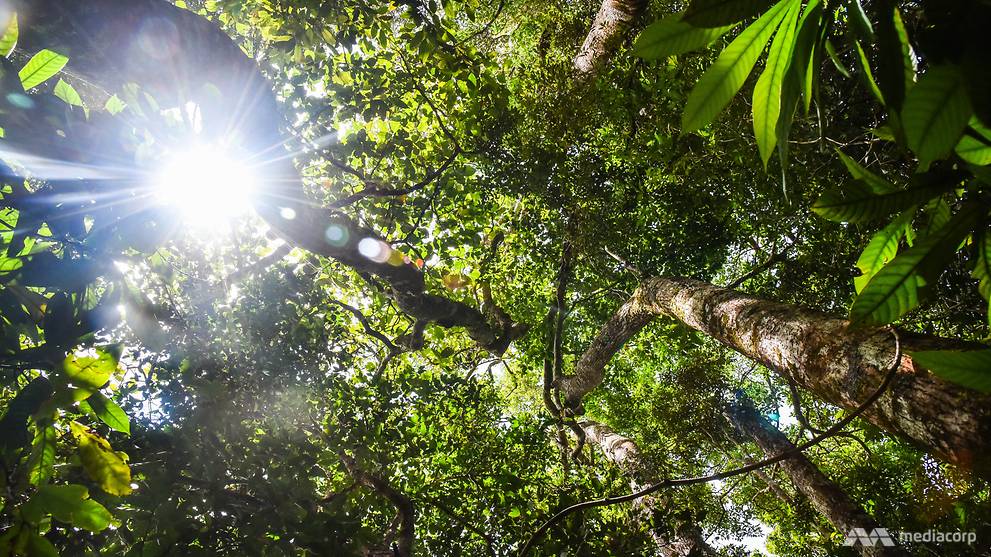 BANGKOK: Preventing the further destruction of Southeast Asia’s forests will be a critical step to stopping the spread of future deadly viruses similar to COVID-19, according to leading experts studying the risk factors that have contributed to the current global pandemic.

Over the past four decades, swathes of the region’s pristine forests have been felled at astonishing rates. Agriculture and infrastructure have swallowed up land perennially owned by nature, in the vast pursuits of economic development.

A third of the region’s forest cover has been lost in that time. Humans and wild animals have come into closer contact and conflict.

Now, research shows more conclusively that the destruction and fragmentation of forest land is not only a leading cause of climate change. It is also linked to dangerous viruses jumping between animals and humans.

While the exact source of COVID-19 is yet to be established, its zoonotic origins, which make up 58 per cent of all infectious diseases, are not in question. More than two-thirds of zoonotic diseases are known to come from wild animals.

“Pandemic risk is linked to habitat loss and exploitation of wildlife. Spillover of zoonotic viruses is more common than we realise and is happening at a rate that is faster than ever, said Christine Johnson, a professor of epidemiology and ecosystem health at the University of California, Davis.

“As natural habitat is diminished, wildlife often redistribute into marginal habitats in closer and more frequent contact with people,” she said.

The professor has directed animal and human surveillance activities for PREDICT, part of USAID’s Emerging Pandemic Threats project, which recently uncovered previously undetected strains of coronavirus in bats in Myanmar.

Climate change – exacerbated by deforestation – is increasing the risk of disease emergence by pushing animals and the vectors that can transmit viruses into new regions that have not encountered those pathogens previously, she explained.

She said it has never been more important to recognise the connection between the health of the environment and global public health.

“Protection of natural habitats for wildlife and restriction of the live animal wildlife trade are going to be essential for mitigating disease emergence, which is the establishment of new viruses from animals into susceptible human populations, and, if viruses are human-to-human transmissible, can cause pandemics,” she said.

A recent Stanford University study looked at how landscape changes brought about by deforestation and the intensification of agriculture brought humans into closer contact with animals in Uganda. The research mapped a complex range of different behaviours and interactions to better understand where and how disease transmission could occur.

It is the type of information that could be helpful in an Asian context, the study’s lead researcher and doctoral candidate, Laura Bloomfield said.

“It represents the complex environmental, social and economic forces that are at play in many tropical forested areas across the world that have an increasing density of people and pressure on wild animal habitats,” she said.

While much of the blame for the inception of COVID-19 has fallen onto a single individual action at a wet market in Wuhan, China, Bloomfield said that simplistic explanation undermines the root cause of the spread of such viruses.

“It takes the focus away from the complex set of circumstances that lead to forest fragmentation, local dependence on forest resources, development, destruction of wild animal habitat, and human-animal contact.  It is important to think about these events in a global context,” she said.

Ebola, Malaria and Lyme diseases are examples of damaging outbreaks that have origins with disrupted forest landscapes.

Research by the IDEAAL project – Infectious Disease Emergence and Economics of Altered Landscapes – conducted between 2013 and 2019 and mainly in Southeast Asia, estimates land-use change is the biggest driving factor of such diseases, in about one-third of all new cases.

That project aimed to put an economic cost on deforestation when linked with the spread of infectious diseases, notably Malaria, in Sabah, Peninsular Malaysia, Sarawak, and Thailand. In a final report, it concluded that net present value loss between 2015 and 2030 would exceed US$4.35 trillion if deforestation continues at business-as-usual rates.

CHANGE NEEDED IN HOW FORESTS ARE VALUED

Environmental campaigners in the region say there needs to be a fundamental change in the way forests are valued, in the face of ongoing rapid rates of deforestation. The benefits would be economic, environmental and health-related.

“You have competition for food security in the same landscapes. The economics of palm oil, you can’t compete with any other product right now. Everyone will continue to profit on palm oil and its expansion,” said David Ganz, the executive director of The Center for People and Forests (RECOFTC).

“I talk about bundling ecosystem services; we need to value not just the carbon but the water, the pollination values, the recreation values. You have to have full natural capital accounting so forests are really seen for their full value,” he added.

The challenges are steep in Indonesia, where it is estimated that more than one million hectares of rainforest are lost every year, mostly to palm oil, which is also being enthusiastically promoted by Malaysia.

On top of zoonotic disease spread, Arie Rompas, the Forest Campaign Team Leader for Greenpeace Indonesia, is also worried about the health impacts from plantation fires and the cascading impact on an already suffering economy.

“Potentially more land will be needed to be converted into palm oil plantation to meet the demand and this increases the risk of more fires and haze. Last year, the fires that broke across Indonesia released at least 708 million tonnes of carbon dioxide equivalent – nearly twice the amount of greenhouse gases as the Amazon fires,” he said.

“In 2019 the United Nations warned the Indonesian forest fires were putting nearly 10 million children at risk due to air pollution. Today, we are facing a global health crisis with a virus that affects people’s lungs.”

READ: Indonesia covers up to protect orangutans from coronavirus threat

Rompas of Greenpeace said a lack of transparency is hiding crucial information from the public, which would otherwise “help fight deforestation and reduce emissions”.

“We need systemic change in how we run and fuel our society. We cannot continue to exploit nature at this global scale for short-sighted economic returns. Forest protection is now more important than ever for securing the health of people and the planet,” he added.

For Ganz of RECOFTC, empowering and protecting local communities – those at the literal front line of forest protection – should be front of mind once the pandemic is brought under control and investments start to flow once more in the region.

“These are marginalised people; they’re either indigenous groups or vulnerable people, particularly susceptible during the pandemic. They are the best stewards of our global forest estate. If we give them the keys to the car they’ll do a much better job than what governments are doing,” he said.

READ: Isolated and short of supplies, Malaysia’s indigenous groups depend on aid to ride out movement control order

While these governments have made “pronounced” commitments to address the problems of forest management, land use and climate change, he is awaiting the willpower to back up those pledges with real action.

The widespread impacts of this pandemic are good enough reasons for why it must happen, Ganz believes.

“ If we start conveying that message and people get a newfound awakening, who knows?”