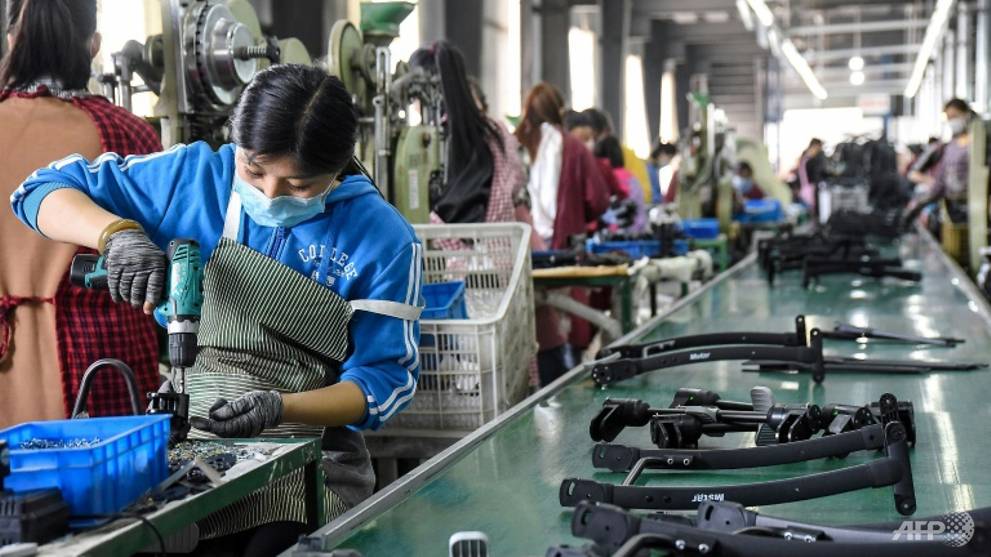 BEIJING: The coronavirus pandemic had cleared smog from China’s skies for months, but air pollution has returned with a vengeance as factories rush to ramp up output after going idle during the outbreak.

Levels of toxic pollutants including nitrogen dioxide and tiny particles known as PM2.5 were all higher in April compared with the same period last year, data released by Greenpeace China on Friday showed.

“What is interesting is how rapidly the emissions have rebounded after the sharp fall seen in the first three months of the year,” Li Shuo, a climate and energy expert at Greenpeace China, told AFP.

“This may be an early sign that the positive trends seen during the epidemic period might be quickly reversed.”

Levels of PM2.5 across China fell by more than 18 per cent between January 20 and April 4 amid city-wide lockdowns and strict travel restrictions, according to the environment ministry.

Satellite images released earlier by NASA and the European Space Agency showed that nitrogen dioxide emissions in major Chinese cities in central and eastern China – where most chemical, steel and cement plants are located – were down by 30 per cent in the first two months of the year.

But the level of PM2.5 particles in a cubic metre of air in April was 33.93, a slight increase from 33.2 in the same period last year.

The level of nitrogen dioxide in a cubic metre of air in April was 25.4 compared with 24.6 in the same month last year.

Both pollutants are toxic by-products of burning coal, oil and gas and can cause asthma, heart diseases and can even weaken the immune system, making people more susceptible to contracting other illnesses.

Exposure to chronic air pollution has shortened China’s average life expectancy by more than four years, according to the World Health Organization.

Electricity production was up 1.2 per cent in April. China relies on coal for most of its energy, he said.

Local governments were also turning a blind eye towards factories flouting emissions standards as they rushed to increase production.

The environment ministry said Friday that local officials in the coastal province of Fujian – a textile and electronics equipment manufacturing hub – have failed to take “strict and correct” measures to curb illegal emissions and even accepted bribes from companies.

Some heavy polluters have also been faking emissions data submitted to the government’s online monitoring system over the last two months, the ministry said in a separate statement Friday (May 8).

In March, a packaging materials company in Shandong province was fined one million yuan (US$141,000) for emitting 12 times more sulphur dioxide than what was earlier reported.

A company in the eastern city of Wenzhou that was helping the local government collect online emissions data had “tampered with the figures more than 100 times between Mar 24 and Apr 9”, the ministry said.

Environmentalists are worried that a stimulus to kick-start the ailing economy, which shrank 6.8 per cent in the first quarter, would worsen air pollution woes.

In the years that followed, air pollution rose to record highs and sparked a public backlash.

China has refrained from an all-out stimulus this time around, and has pushed for investments in high-tech sectors such as 5G telecom networks, smart manufacturing, data centres and electric vehicles.

But in early March, Chinese regulators approved 7.9 gigawatts of new coal-fired power plants – more than the approved projects in the entire year of 2019, Li said.

“Depending on how the economic situation unfolds, the government may still retrieve its old playbook and invest in traditional infrastructure projects that took a toll on the environment,” Li said.