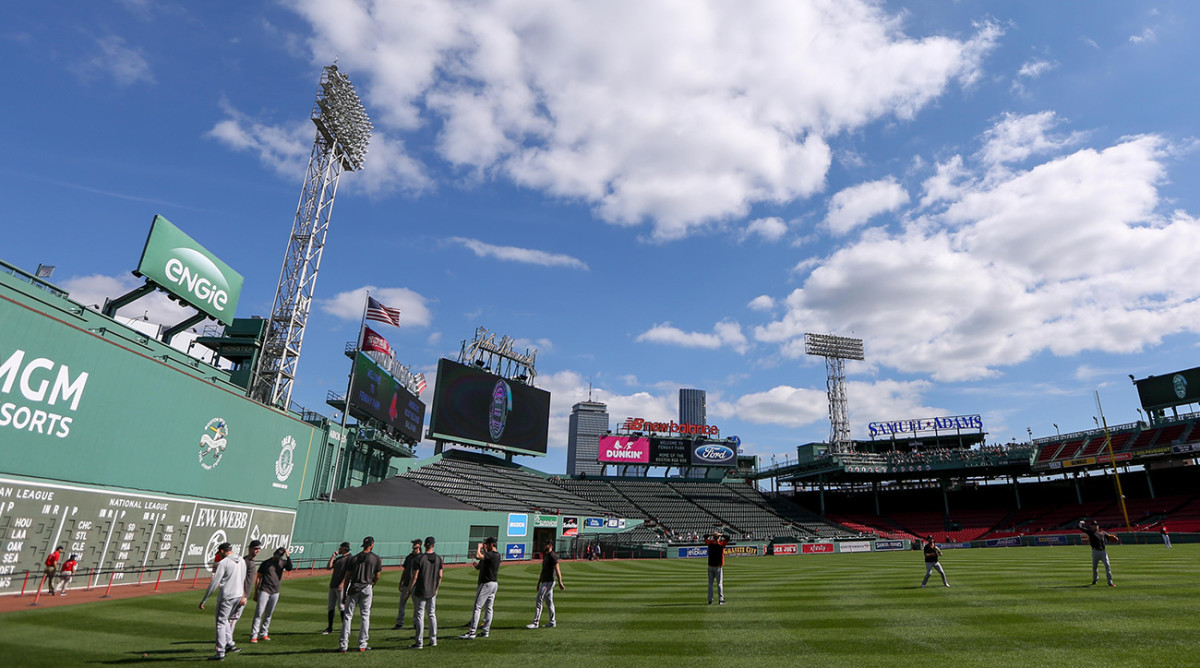 Boston mayor Marty Walsh announced Friday that the city is suspending events that bring crowds together in close contact this summer.

“No event should be planned that would involve more than 10 people gathering or that could draw a crowd of any size,” the official release states.

When asked explicitly about the Red Sox, Walsh said it is too soon to know if the Boston team will play a home game with fans this year.

“It comes down to metrics, it comes down to data and I think that’s probably what Major League Baseball is looking at,” Walsh said, regarding COVID-19 testing.

“If sports come back with no fans, you can test and somewhat quarantine the players … Bringing fans back is a different conversation … it’s hard to distance in a baseball park,” he added, per WBUR.

The city suspension runs through Sept. 7, just one week before the Boston Marathon’s currently scheduled date. The Marathon was initially postponed in mid-March amid the pandemic.

The Boston Marathon, which normally occurs in mid-April, has never been canceled. In 1918, a modified race was run and featured a military relay due to World War I.

On Friday, NBA teams who play in markets that have eased stay-at-home orders were allowed to open their practice facilities for limited, individual workouts, if they so choose. Per USA Today, the Celtics are observing state mandates as their practice facility will remain closed until at least May 18.