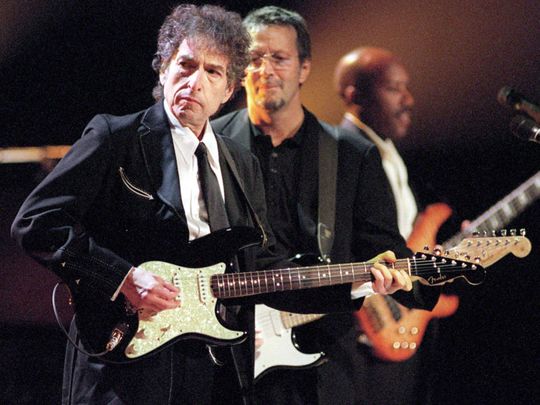 Bob Dylan is back. Again.

For the third time during the COVID-19 pandemic, the Nobel Prize-winning singer-songwriter has released a new single with little warning — and this time it comes accompanied by news of an upcoming full-length album.

“I ain’t no false prophet / I just said what I said / I’m just here to bring vengeance on somebody’s head,” Dylan, 78, croaks in his imitable fashion in the single, which he teased earlier Thursday with a typically cryptic tweet showing a skeleton wearing a top hat and a caption that reads, “What are you lookin’ at — there’s nothing to see.”

‘False Prophet’ follows ‘I Contain Multitudes,’ a Walt Whitman-inspired ballad that came out April 17, and late March’s ‘Murder Most Foul,’ a nearly 17-minute meditation on the assassination of President Kennedy. On Dylan’s website, ‘Rough and Rowdy Ways’ — the singer’s 39th studio album — is listed for pre-order as a two-LP and two-CD set — a concession to the length of several of the album’s 10 tracks, as listed on Apple Music.

‘Tempest’ also featured an epic in the record’s title track, which recounted the sinking of the Titanic.

In the years since ‘Tempest,’ Dylan has released three albums of material from the Great American Songbook and several archival collections, including a box set last year commemorating 1975’s Rolling Thunder Revue tour.