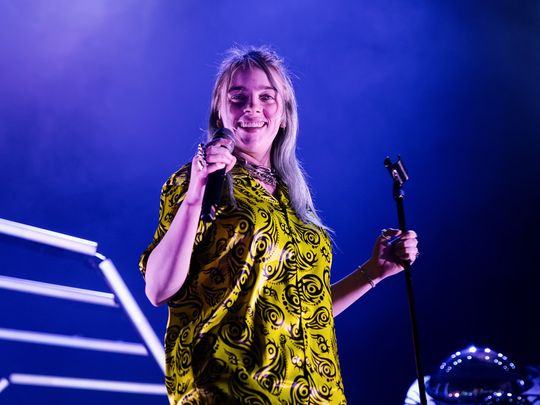 If you’re quarantined at home with your parents right now, count your blessings if you can have as nice a time as Billie Eilish and her dad seem to be enjoying.

Eilish announced a new Apple Music programme, ‘me & dad radio,’ featuring her and her father, Patrick O’Connell, an actor who has appeared in ‘The West Wing’ and ‘Iron Man.’ The two will spin their favourite songs and intergenerational deep cuts and talk about the music that shaped their lives.

“My dad and I have had this relationship over the years of sharing music with each other,” Eilish told Apple Music’s Zane Lowe. “My dad has shown me some of my favourite songs in the world and I’ve shown him songs that he loves and adores also.”

Eilish, 18, most recently showed off the range of her taste on Global Citizen’s ‘Together at Home’ broadcast with a delightful cover of Bobby Hebb’s 1963 soul cut ‘Honey’ with her brother/producer Finneas, so the conversation will probably go fairly deep into pop history as well.

The first episode airs on Friday.

She previously hosted an Apple Music show, ‘groupies have feelings too,’ focused on contemporary music. Artists at the crux of pop and more progressive genres, like Frank Ocean and Drake, have used the platform to champion more avant-garde peers with their shows, and Eilish’s vast popularity could introduce a range of older music to Gen Z fans.

Eilish recently opened up at length about some of her physical and mental challenges growing up and in the wake of all-consuming pop stardom in a recent issue of Vogue.

In January, Eilish swept all four major categories at the Grammy Awards for her album ‘When We All Fall Asleep, Where Do We Go?,’ which was the most-streamed album on Apple Music last year.