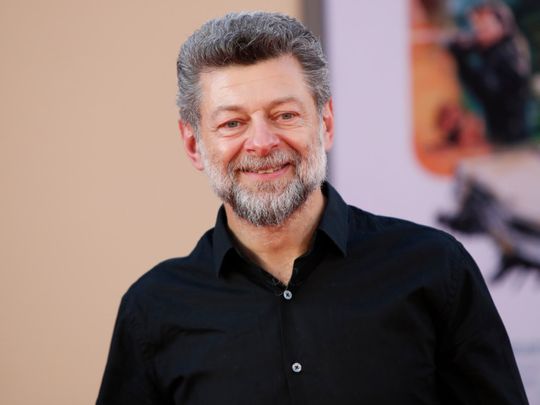 Actor and director Andy Serkis announced on Thursday on Twitter that he will read all of JRR Tolkien’s novel ‘The Hobbit’ for charity in one sitting on Friday.

Serkis is known for playing the small, cave-dwelling Gollum in ‘The Hobbit’ and ‘The Lord of the Rings’ film adaptations.

“I want to take you on one of the greatest fantasy adventures ever written,” the actor tweeted above a photo of Gollum in front of a microphone. “Join me for a 12-hour armchair marathon reading of ‘The Hobbit’, in aid of two amazing charities which are doing extraordinary work right now to help those most in need.”

Proceeds will go to Best Beginnings and NHS Charities Together, two organisations that are helping people in need during the coronavirus crisis in the United Kingdom.

“From an unexpected party to the last stage, join Bilbo and me on this tale of high adventure,” wrote Serkis on the GoFundMe page. “Together we’ll face the might of the trolls, journey to the magical Rivendell, encounter the giant spiders in the labyrinths of Mirkwood, and the evil goblins living among the roots of the Misty Mountains, until we meet the dragon Smaug, and see the Battle of the Five Armies.”