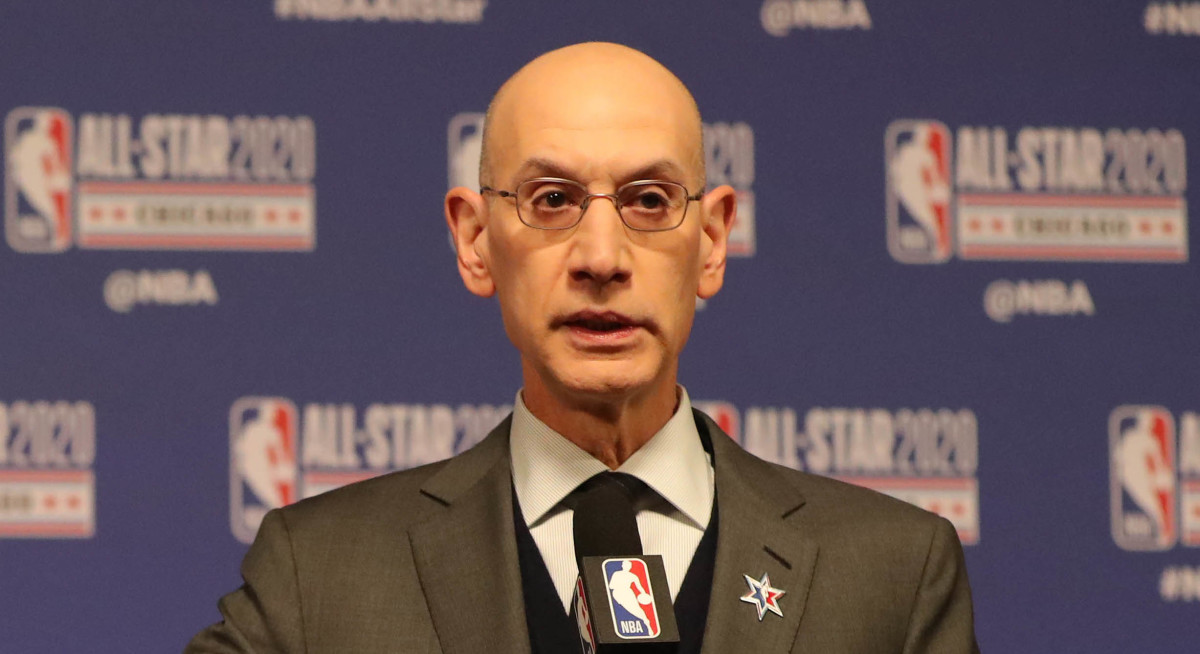 NBA commissioner Adam Silver gathered NBA players for a league-wide call on Friday and told them if the season resumes, games are expected to be played without fans, according to The Athletic’s Shams Charania.

Per ESPN’s Adrian Wojnarowski, Silver told players that he believes each of the league’s majority owners want the season to continue. When asked by NBPA executive director about the financial impact of moving forward with the league, Silver said that the NBA’s collective bargaining agreement “wasn’t built for an extended pandemic,” per ESPN. He added that the ongoing pandemic was “the greatest challenge” of our lifetime, per ESPN.

Silver reportedly added that the NBA does not have to make a decision about restarting the season in May, nor does it have to decide in the beginning of June if it will eventually resume play.

ESPN also reported that some players told Silver that if the season does resume play, “it would be safer to be in a single location, or two, to start.” Las Vegas and Orlando reportedly remain as the top site options and the league’s commissioner reportedly hoped that the 2020 playoffs would still include a seven-game series in every round.

Per The Athletic, when asked what the league would do if a player did test positive, Silver told players that he would hope for daily testing and no stoppage of play, while additionally having the player who tested positive isolated in quarantine.

On Friday, some NBA teams re-opened their facilities for limited, voluntary workouts in areas where stay-at-home orders have been eased. Some players, however, reportedly told the commissioner that they “were feeling pressure from organizations to return to volunteer workouts.” Silver reportedly said he’d address the matter with the league’s clubs.

As the league opens up team facilities, the NBA is reportedly now also allowing the administration of tests to asymptomatic participants, doing so only after allowing written authorization from a local health authority that confirms a “robust testing program in place for at-risk health care workers” exists in the local team community.

While just a few teams opened their facilities on Friday, a number of other teams across the NBA are reporting eyeing Monday, May 11 as a possible date to open their facilities.

ESPN notes that the NBA plans to regularly test players for the coronavirus if the season does resume, but has been reluctant to do so in voluntary workout situations.

The NBA season has been indefinitely suspended since March 11 after Jazz center Rudy Gobert tested positive for COVID-19. A number of possible contingency plans have been floated regarding the league’s possible resumption of play, however, no decisions appear to have been officially made.

Silver also reportedly added on Friday’s call that players should begin preparing for the possibility of not having fans in NBA arenas next year if a COVID-19 vaccine is still not available.