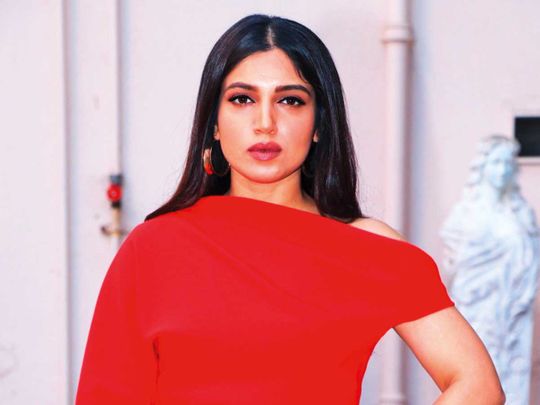 An army of Bollywood stars including Karan Johar, Anupam Kher and Bhumi Pednekar expressed their shock at the Vishakapatanam gas leak tragedy that claimed several lives and injured thousand others on May 7.

“Deeply pained to hear about the Vishakapatanam Gas Leak. I am praying for their safety and well-being of everyone there. Condolences to the families of the victims,” tweeted Pednekar.

South Indian star Allu Arjun tweeted that it was heartbreaking to see ‘one of the most special places in my life’ in such a state.

“I am deeply saddened by this horrific incident. Condolences to all those who have lost their lives and hoping for a speedy recovery for the rest,” tweeted Arjun

Actor Anupam Kher expressed his condolences to those affected by the tragedy .

“Deeply saddened by the death of #VizagGasLeak victims. My heart goes out to their families. My heartfelt condolences. I am praying for the people affected by this tragedy,” tweeted Kher.

Top Bollywood producer Johar tweeted that he was “saddened and pained” at the gas tragedy, while actor Kartik Aryan expressed his dismay at the human cost attached to the tragedy.

Actor Sunny Deol expressed his condolences with: “Deeply pained to hear about the tragic gas leak in Vishakhapatnam. I pray for the well being of all. My deepest condolences to the families of the deceased.#Vishakhapatnam.”

Actors Randeep Hooda and Sonu Sood wished all those injured, a speedy recovery.

“My heart goes to all the people affected by thie #VizagGasLeak. I hope measures are taken really soon to get things under control. Speedy recovery to all those who’ve suffered in this tragic incident. Stay safe everyone #VizagGasLeak #Vishakhapatnam,” tweeted Hooda.

Actress Lara Dutta Bhupathi was gutted about the stories emerging from the gas leak.

“Praying for Vizag. Distressing to read the stories emerging in the aftermath of the #LGPolymers gas.”