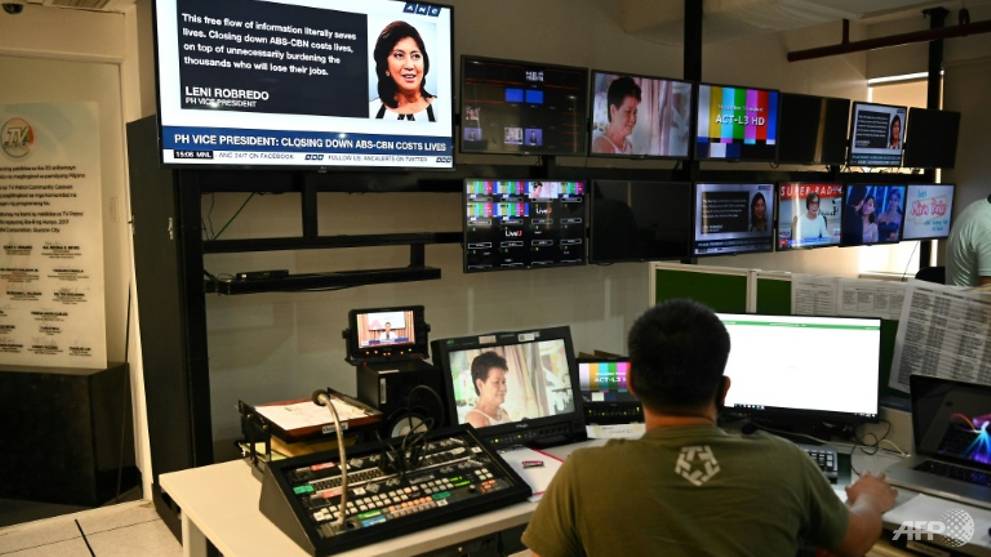 WASHINGTON: The United States on Thursday (May 7) voiced concern over the Philippine government-ordered shutdown of the country’s top broadcaster ABS-CBN, which has been targeted by President Rodrigo Duterte.

“We are concerned by the situation regarding ABS-CBN,” State Department spokeswoman Morgan Ortagus said.

“An independent media plays a critical role in facilitating the open exchange of information and ideas which is vital to free, prosperous and secure democratic societies,” she said.

“This is true for the United States, the Philippines, as well as countries around the world,” she said.

ABS-CBN was forced off the air over the stalled renewal of its operating licence, which Duterte had repeatedly pledged to block.

Duterte had regularly assailed the media powerhouse, which he accuses of failing to air his ads during the 2016 presidential election despite accepting payment to do so.

The Philippines is a former colony and treaty ally of the United States but tensions have grown over Duterte’s signature policy of cracking down on drugs, a campaign in which police have killed thousands of people.

Duterte bristles at any foreign criticism and barred his cabinet from visiting the United States after the Philippines’ former police chief said his US visa was cancelled.

In February, Duterte also set in motion the process to withdraw from the Visiting Forces Agreement, a key part of the defense alliance.

Despite the rift, Duterte has found an affinity with President Donald Trump, who also frequently attacks mainstream media.

Trump said ending the troop agreement would save the United States money and has praised the anti-drug campaign, a sharp change from criticism by his predecessor Barack Obama.