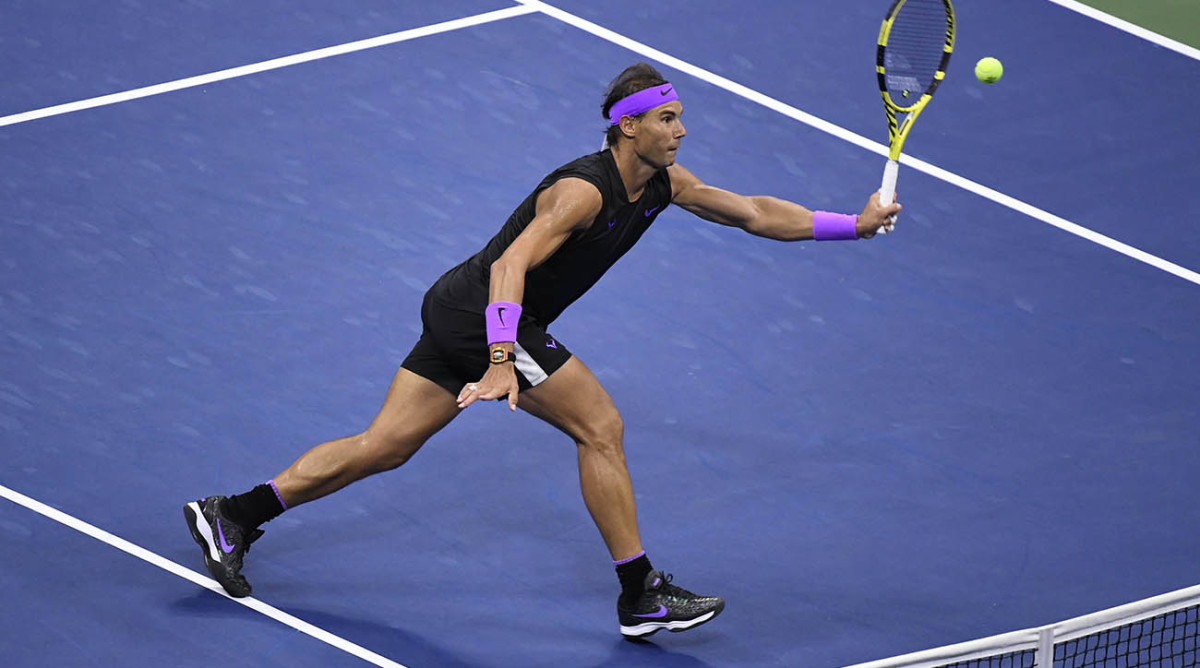 On the latest Beyond the Baseline podcast, host Jon Wertheim talks with veteran tennis agent Max Eisenbud returns to the podcast for an update on the state of tennis from his perspective, including how players are navigating this time in terms of training and finances. Wertheim and Eisenbud talk about the possibility of tennis returning in 2020; the challenges facing players at this time; insider details on how Eisenbud works with a client on various off-the-court ventures; and much more.

Jon Wertheim: Obviously, you and I can do our jobs—maybe not the same jobs we were doing—but we can still take our Zoom calls and work from home. When you’re a professional athlete, that’s not an option. What are you seeing with your clients and what are the biggest challenges apart from the obvious one of not playing and not having prize money as an income source? What else are you hearing?

Max Eisenbud: There were two phases. The first week or two weeks—maybe it was three, it’s hard to tell now because everything’s just one long day. You didn’t realize how long this was going to be when we’re going to get back out there. When’s the next tournament? Is it going to be in three weeks, four weeks? And so there was a lot of anxiety in that time. Also, people were still trying to figure out where to go. Should we train? Should we not train? And then it came to the point where I think everybody knew, OK, this is going to be the long haul and we need to get home to our families or we need to get somewhere that’s safe and where we can potentially train. So now we’re in that second phase. I think the anxiety of, Where am I going? What am I going to do has kind of worn off. And now I think everybody sees what’s happening. Obviously, Indian Wells became a very good decision and then a kind of domino effect happened. So I think now you’re in the phase of clients are getting antsy. Clients are getting bored. Clients don’t know how hard to practice. Should we practice three times a week? There was a while where clients couldn’t find courts, but eventually found private courts. I think it’s safe to say that everybody found a court somewhere, somehow if they wanted it. I find it hard to believe that someone couldn’t find a private court somewhere. So I think now it’s the balance of: there’s no finish line. We don’t know when the next tournament is. So I think, you know, most of our clients that I hear are playing every other day or every day for a short amount of time just to keep muscle memory, keep the muscles going. Technique and then are doing some sort of gym work. So, I think that’s kind of the phase we’re in now and I think a lot of people are starting to think that there’s probably not going to be tennis in 2020. And trying to wrap their heads around that.

JW: I suspect you’ve heard some of the same creative solutions that I have. Maybe we don’t have doubles. Maybe we don’t have mixed doubles. Maybe if there are no fans, we can use all of the grounds. I even heard that at the U.S. Open. If there are no fans, the players could each use one of the corporate suites as a locker room. Are you skeptical of these creative solutions or do you think there’s some ways around some of this?

ME: Skeptical. All the tours have done an amazing job. I’ve got to tell you, the leadership, especially on the ATP Tour. But really the sport’s really pulled in the same direction. And I’ve seen so much work and dedication of trying to salvage the year and tournament’s moving into later dates. I’ve seen it all, I’ve seen it on paper and it looks amazing. And if we do get that window, the players and the tennis fans are going to be really pleasantly surprised on how much work the tours have done as far as Plan A, B, C, D and E. I just don’t think we get there. And I hope I’m wrong. I saw the other day where a country like Argentina is closing their borders in and out until September. So if you have players that are in Argentina and the U.S. Open starts, how does that happen? I just don’t see it.

JW: I mean, it’s funny because in some ways tennis is so poorly positioned being such a global sport. And in other ways, you got two people on opposite sides of the net. At least you’ve got that down.