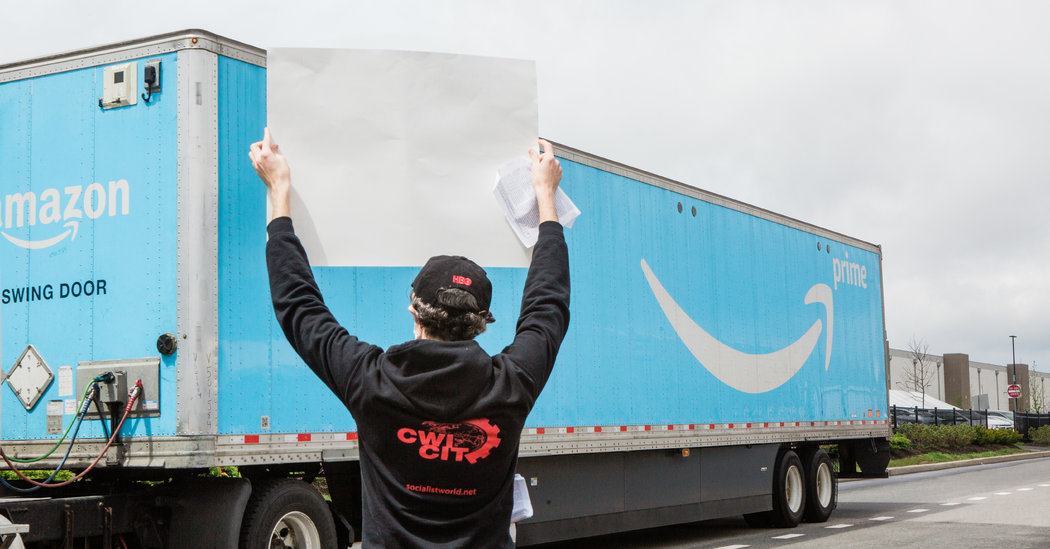 Democratic senators on Thursday questioned whether Amazon retaliated against whistle-blowers when it fired four employees who raised concerns about the spread of coronavirus in the company’s warehouses.

In a letter sent to Amazon, Senator Elizabeth Warren, a frequent critic of the e-commerce giant, and eight other senators asked Amazon to provide more information about its policies for firing employees.

“In order to understand how the termination of employees that raised concerns about health and safety conditions did not constitute retaliation for whistle-blowing, we are requesting information about Amazon’s policies regarding grounds for employee discipline and termination,” the letter said.

The letter was also signed by Bernie Sanders, an independent who caucuses with the Democrats, as well as Cory Booker, Sherrod Brown, Kirsten Gillibrand, Edward J. Markey, Richard Blumenthal, Kamala Harris and Tammy Baldwin. It asked Amazon if it tracked unionization efforts in its warehouses and whether it tracked employees who participated in protests or spoke to the news media.

The letter increased pressure on Amazon and its chief executive, Jeff Bezos, who has been called to testify before Congress in an antitrust investigation and has been a frequent target for criticism from President Trump. A number of senators and representatives have already written to Mr. Bezos expressing concern about warehouse safety.

An Amazon spokeswoman said: “These individuals were not terminated for talking publicly about working conditions or safety but, rather, for violating — often repeatedly — policies, such as intimidation, physical distancing and more.”

She added that while Amazon supported employees’ right to criticize or protest working conditions, “that does not come with blanket immunity against any and all internal policies.”

“We look forward to explaining in more detail in our response to the senators’ letter,” the spokeswoman said.

Cases of the coronavirus have been reported in more than 100 Amazon warehouses, and several workers have died. State and local officials in Kentucky and New Jersey have asked Amazon to close facilities where workers have fallen sick.

Despite the sophistication of Amazon’s vast e-commerce business, it depends on warehouse workers to keep shipments flowing, and many of those workers fear their warehouses are contaminated by the coronavirus.

Mr. Bezos said during a call with Amazon investors last week that the company expected to spend $4 billion on safety measures and other expenses related to the coronavirus during the current quarter.

In March, Amazon fired Chris Smalls, a worker in its Staten Island facility who had organized a protest to demand stronger safety protocols there. Amazon said Mr. Smalls had violated a quarantine order to attend the protest.

In an email to other Amazon executives, the company’s top lawyer, David Zapolsky, called Mr. Smalls “not smart or articulate.” Mr. Zapolsky, who also suggested that Amazon portray Mr. Smalls as the leader of a movement to unionize Amazon workers, apologized for the remarks after they were published by Vice News.

Two weeks later, Amazon fired two designers, Maren Costa and Emily Cunningham. Ms. Costa and Ms. Cunningham had pressed the company to reduce its carbon footprint, and had announced an internal event for warehouse workers to speak to tech employees about their workplace conditions shortly before they were fired. Amazon said the two employees had repeatedly violated corporate policies.

“Warehouse workers have been under incredible threat,” Ms. Cunningham said in an interview Wednesday evening. “We wanted to give space for warehouse workers to be able to talk openly and honestly about the conditions they were facing and why they felt so unsafe.”