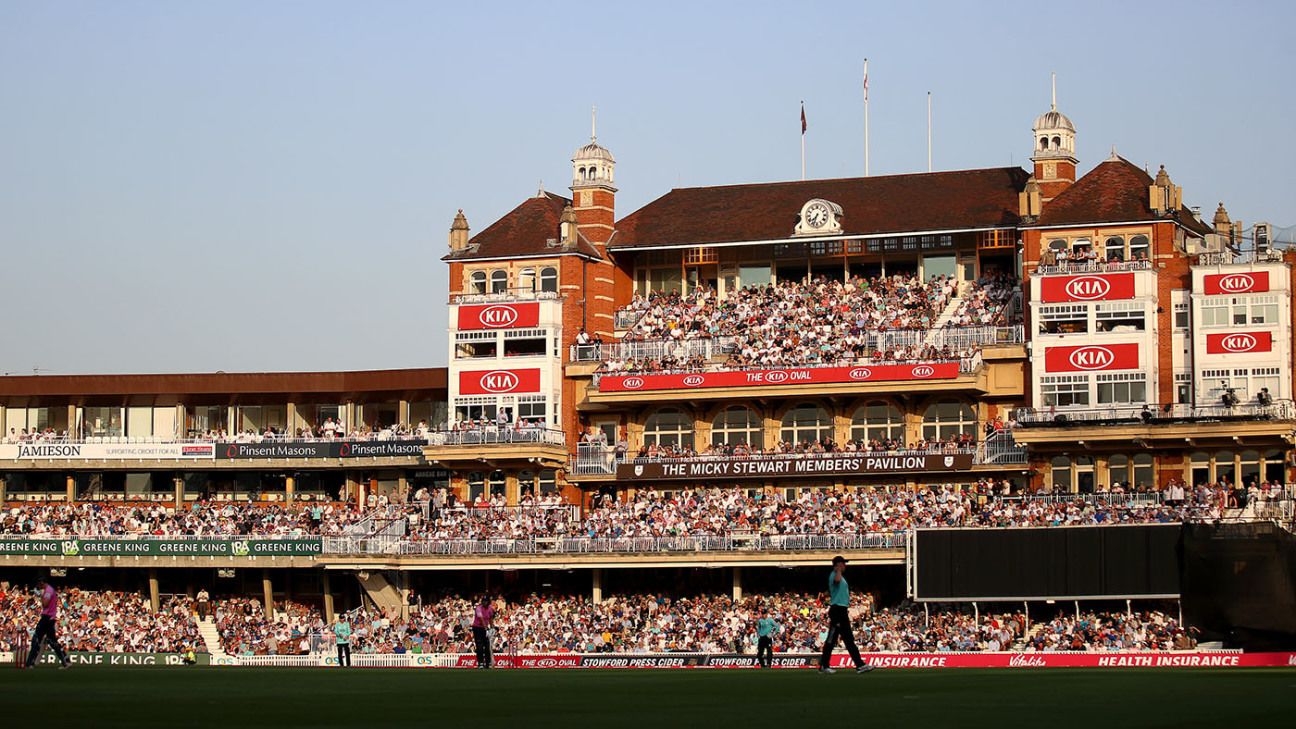 Richard Gould, Surrey’s chief executive, has cast further doubt on the ECB’s claim that the inaugural season of the Hundred would have proved profitable, had it not been postponed until 2021 due to the Covid-19 pandemic.

Gould – whose county voted against the creation of the new competition when it was first mooted in 2016 – also suggested that the Hundred would have failed to attract a new audience to the Kia Oval, a claim backed up by pre-season ticket sales data seen by ESPNcricinfo.

On Tuesday, Tom Harrison, the ECB chief executive, told a Department of Culture, Media and Sport select committee hearing that the Hundred had been on course to deliver an £11 million profit in its first season, with a projected revenue of £51 million against costs of £40 million.

However, that figure becomes a loss of £12 million once payments of £1.3 million to each of the 18 first-class counties and MCC are taken into account – a total outlay of £24.7 million that was promised to the clubs in return for their support in re-writing the ECB constitution and paving the way for the creation of the new competition.

And speaking to Sky Sports, Gould insisted that the true cost of the Hundred could not be seen without accepting those figures belong in the competition’s P&L.

“I wouldn’t say that the competition is profitable at this point, because the money that was being paid to the counties was there to do a job,” Gould said. “It was to allow a six-week window to be created in the middle of the season, and to offset the cost of doing so.

“I don’t want to get into an argument with the ECB directly, but I think those costs should be included within the calculations. And that would then allow you to understand the absolute net position.”

Surrey’s opposition to the Hundred has softened since the details of the competition were finalised last season, including the retention of some of the county’s identity in the naming of the South London-based franchise, Oval Invincibles.

However, Gould remained sceptical that, in London at least, the competition would manage to tap into any demographics that had not already been drawn to the Kia Oval to watch Surrey in action in the T20 Blast.

Comparative year-on-year figures for Surrey’s pre-season sales up to February 28, shortly before the Covid-19 outbreak, show that the club’s overall number of ticket transactions had dipped below 20,000 for the first time in four years.

And while the number of junior tickets was slightly higher than in previous years, the club’s demographic breakdown suggested it was the Blast, not the Hundred, which had attracted more Under-45s and female fans in the pre-season window.

“This is where Surrey has always been slightly different in some areas,” said Gould. “Many other counties have had success in T20 but certainly the new audience, defined in terms of age and gender that the ECB is after through the Hundred, has been delivered through the Blast at the Kia Oval for the last 3-4 years. There’s no doubt about that.”

Nationally, however, the ECB believe that they had been on track to attract a new audience, with 17% of their ticket sales for the Hundred having been to Under-16s, compared to an overall figure of 9% in 2019, notwithstanding the attraction of the World Cup.

ALSO READ: Explainer: Will the Hundred make a profit?

This figure compared favourably with the Blast (13%) and, especially, Test cricket, where just 3% of tickets are sold to Under-16s. And given that the tickets had not yet been on general sale, and that the BBC had been due to launch a major marketing campaign in May, an ECB spokesperson stated that they had been “comfortable” with the position so far.

“I suppose one of the good things about the Hundred is that it provides more opportunities and more games for those people to return to watch that [competition] as well,” added Gould.

“But when you look at the level of sales that have been delivered in the Blast, you can see the whole of cricket was moving into an extremely ebullient summer, following the huge success of last year. There’s an added frustration that, having delivered such a bow wave through both international cricket and domestic cricket, that bow wave has now hit the beach unfortunately.”