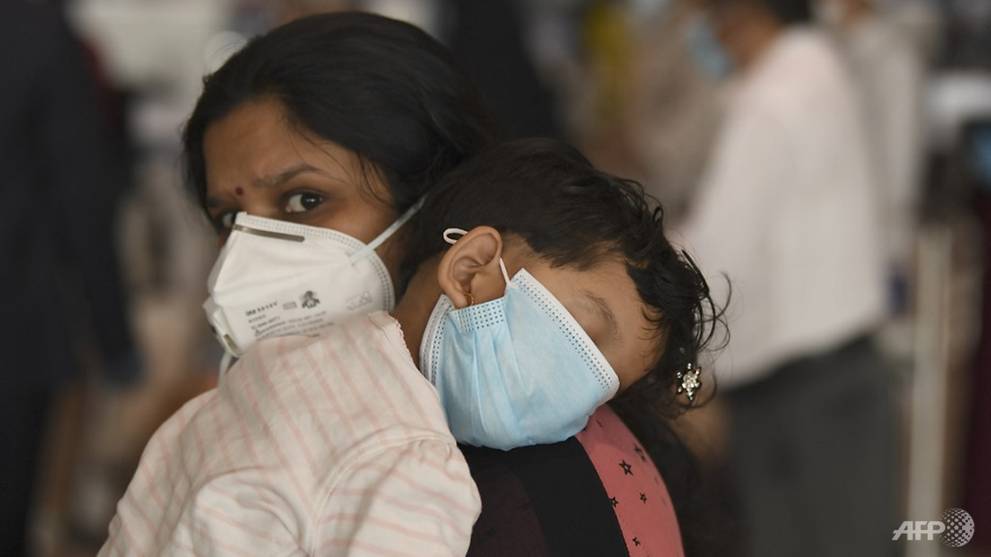 DUBAI: The first wave of a massive exercise to repatriate hundreds of thousands of Indians stuck abroad began on Thursday (May 7), with two flights landing in India from the United Arab Emirates.

Delhi banned all incoming international flights in late March as it imposed one of the world’s strictest COVID-19 lockdowns, leaving vast numbers of workers and students stranded.

About 15,000 nationals will be repatriated from 12 countries on planes and naval ships, in a mammoth exercise which saw the civil aviation ministry’s website crash Wednesday as panicked citizens rushed to register.

Two warships have steamed to the Maldives and another to the UAE – home to a 3.3-million-strong Indian community which makes up some 30 per cent of the Gulf state’s population.

The consulate in Dubai said it had received almost 200,000 applications, appealing on Twitter for “patience and cooperation” as India undertakes the “massive task” of repatriation.

The two flights which landed in Kerala state from Abu Dhabi and Dubai Thursday were carrying 354 people, including nine infants.

“I’m relieved that I’m home,” a man on the flight from Abu Dhabi told AFP by telephone as he waited to disembark in Kerala state.

Indian citizens with coveted tickets, arriving at Abu Dhabi and Dubai airports, were greeted by medics in masks, gloves and plastic aprons who took blood samples for antibody tests.

“The results came out in 10 minutes. Mine has been negative. I’m super relieved,” one 40-year-old passenger at Abu Dhabi airport told AFP.

“I’ve lost my job in the company I was working with. I’m feeling a bit weird going home — while I’m happy that I am going home there is also a sense of uncertainty.”

The oil-rich Gulf is reliant on the cheap labour of millions of foreigners, mostly from India, Pakistan, Nepal and Sri Lanka. Many live in squalid camps far from the region’s showy skyscrapers and malls.

But the novel coronavirus and its devastating economic impact have left many workers sick and others unemployed, unpaid and at the mercy of sometimes unscrupulous employers.

“We have one or two flights planned every day now for the next five or six days,” Consul General Vipul, who goes by one name, told AFP at Dubai airport.

Vipul said most of those aboard were workers who had lost their jobs, together with pregnant women, the elderly and some stranded tourists.

“Some people will be left out, it’s inevitable in this kind of situation … not everyone can be accommodated immediately,” he said.

A naval vessel is expected to arrive at Dubai’s Port Rashid. The Indian High Commission in the Maldives posted images on Twitter of one of its warships entering Male harbour ahead of Friday’s planned evacuation of some 1,000 people.

Other flights will leave Singapore, Malaysia and the Philippines, as well as London, San Francisco, New York, Chicago and Washington.

A flight planned for Thursday from Qatar has been postponed until the weekend, however.

Indian media have reported delays triggered by the need to test air crew for coronavirus.

But frustrations have mounted over the slow pace of the exercise, as well as the fact that evacuees will have to pay for their passage home and spend two weeks in quarantine on arrival.

“There are so many people who have lost their jobs here – they’re literally going hungry,” Yasin, a 50-year-old restaurant manager who is now out of a job, told AFP as he checked in for his flight.

“People do not have money to survive here, paying for flights is not possible at all.”

Those who haven’t managed to get a ticket home have voiced their frustrations in a torrent of posts on social media, while some turned up to try their luck.

Ajith, a 43-year-old IT engineer whose mother died two days ago, waited anxiously at Dubai airport, checking with the official who held the all-important waiting list for the first flight out.

“My mother was old and had medical issues … there is no one in India to take care of things, so I made an emergency request to the consulate,” he told AFP, before finally managing to secure a seat on the plane.