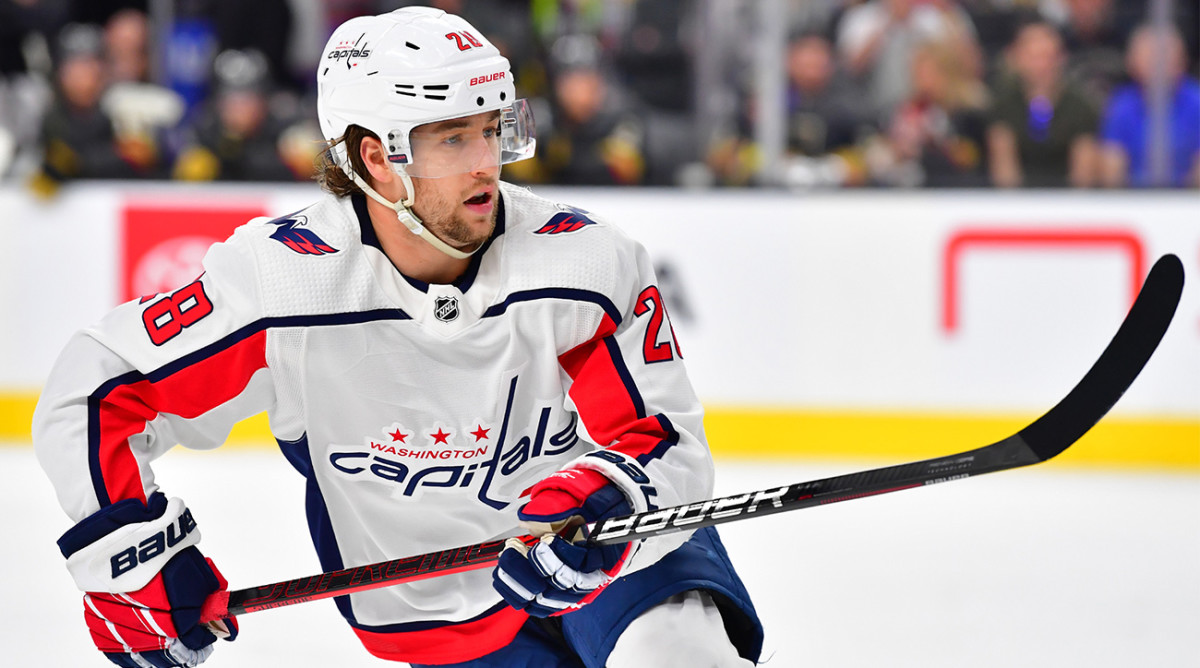 “Yesterday my friend’s Instagram account was hacked and an individual circulated images that are representative of private conversations I was a part of,” Leipsic wrote. “I fully recognize how inappropriate and offensive these comments are and sincerely apologize to everyone for my actions…”

Leipsic’s Instagram account was deleted as of Wednesday evening. In one of the messages that is currently in question, Leipsic appeared to make an insulting comment toward the wife of Canucks winger Tanner Pearson, with whom he was briefly teammates in Vancouver.

“We are aware of the unacceptable and offensive comments made by Brendan Leipsic in a private conversation on social media. We will handle this matter internally,” a Capitals team spokesperson told the Washington Post‘s Samantha Pell.

The 25-year-old Leipsic signed a one-year deal with Washington last summer. He scored three goals and eight assists in 61 games before the NHL season was suspended amid the coronavirus pandemic.