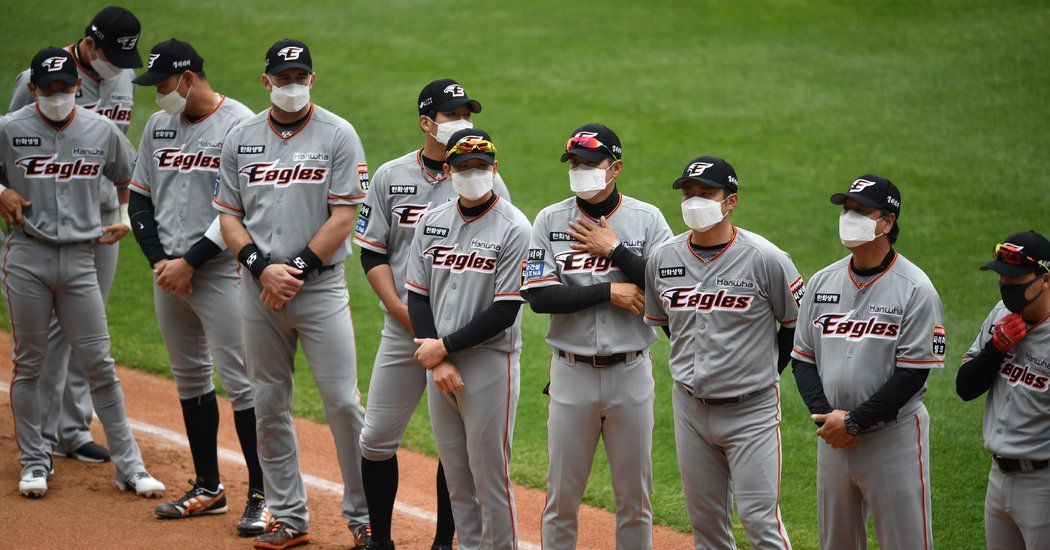 One of baseball’s enduring, endearing delights is its role as the background noise to a sports fan’s life. For six months, you never really have to wonder if your team is playing that day. With only scattered exceptions, it is — and if it’s not, a bunch of other teams are right there waiting for you.

Think of the scene in the movie “Almost Famous” when Penny Lane explains the healing powers of music: “If you ever get lonely, you just go to the record store and visit your friends.” The baseball fan’s equivalent is the vast array of old games on YouTube. Need a quick fix in the off-season? Just click. You probably know the score already, but never mind that: It’s all about the way it makes you feel.

There’s a big difference, though, between recorded and live. In some ways, it’s the very lifeblood of the baseball industry, a driving force behind its value to TV networks: Baseball offers more programming than any other sport, and people watch in real time. For viewers, there’s a powerful connection to experiencing the moment, sharing the now.

The coronavirus pandemic has trapped Major League Baseball in a forever off-season, scrambling our hard-wired hardball brains. As Jayson Stark pointed out in The Athletic, we just experienced the first April without M.L.B. games since 1883. Even by baseball’s standards, that’s ancient, a time when batters could still tell pitchers where to throw the ball, and none of the Black Sox had even been born.

Now, at last, we do have live professional baseball — in South Korea — and ESPN is showing it. After the Korea Baseball Organization opener between the NC Dinos and the Samsung Lions, which was scheduled for Tuesday at 12:55 a.m. Eastern time, there were games set for 5:25 a.m. on Wednesday, Thursday and Friday, and more this weekend.

Karl Ravech and Eduardo Pérez called the action from their homes via Zoom, with several guests also up early, checking in. Milwaukee Brewers pitcher Josh Lindblom, the winner of last year’s K.B.O. Most Valuable Player Award, explained the subtle differences in the mound and the ball. Chelsea Wilson, an ESPN analyst whose husband, Tyler, pitches for the K.B.O.’s LG Twins, gave insights into players’ family lives overseas. Tim Kurkjian, the veteran ESPN reporter, offered comparisons to a game in Baltimore with no fans in 2015.

That game was an anomaly, necessitated by the unrest in Baltimore after Freddie Gray, a 25-year-old black man, died after sustaining a severe spinal injury while in police custody. Playing in empty stadiums will almost certainly be the norm when — and if — M.L.B. returns this season, and the K.B.O. offers something of a preview.

The absence of fans is not glaring on television, at least not to new K.B.O. viewers. Jake Brigham, a former Atlanta Braves pitcher now with the Kiwoom Heroes, said last month that there is “such a different kind of joy” among baseball fans in South Korea, who cheer and sing all game long, no matter the score. That noise and passion would surely add to the TV ambience, too.

But it was still a fun show, even without fans. There was little drama to Wednesday’s game, a 5-2 victory for the Doosan Bears over the Twins, but there were the usual comforting displays of athleticism — a leaping snag at second base, a line-drive homer over the right field wall, a few nifty double plays. (The obligatory replay reviews are still tedious.)

Most of the ancillary folks wore medical masks, from the mascots to the team’s dance squad to the base coaches, umpires and reporters. The plate umpire wore two masks — one to protect against foul balls, the other against the virus — and gloves.

The players’ uniforms, caps, helmets and chest protectors featured a variety of corporate logos, a tacky temptation M.L.B. has resisted, though maybe not for long. There were also more balls in play than we see in a typical M.L.B. game, with its avalanche of strikeouts. In the sixth and seventh innings, comprising 19 batters in all, the Bears and the Twins drew no walks, hit no homers and did not fan at all, a departure from the so-called true outcomes that dominate the power-saturated M.L.B. product.

Some of the players may jump to the majors someday, but it’s hard to scout talent from only a game or two. And the scroll at the bottom of the ESPN screen gave reminders of M.L.B. history. On this date in 1915, it said, Babe Ruth hit his first home run. On this date in 1998, Kerry Wood notched 20 strikeouts.

Much of this season will be phantom history, like the canceled World Series of 1904 and 1994, the years that Joe DiMaggio, Bob Feller and Ted Williams missed while serving in the armed forces, and the M.L.B. careers denied to African-Americans before Jackie Robinson’s arrival in 1947.

What have we lost from M.L.B. in 2020? We’ll never know. But it’s reassuring to see that baseball goes on. Very early in the morning, very far away, real games are back.