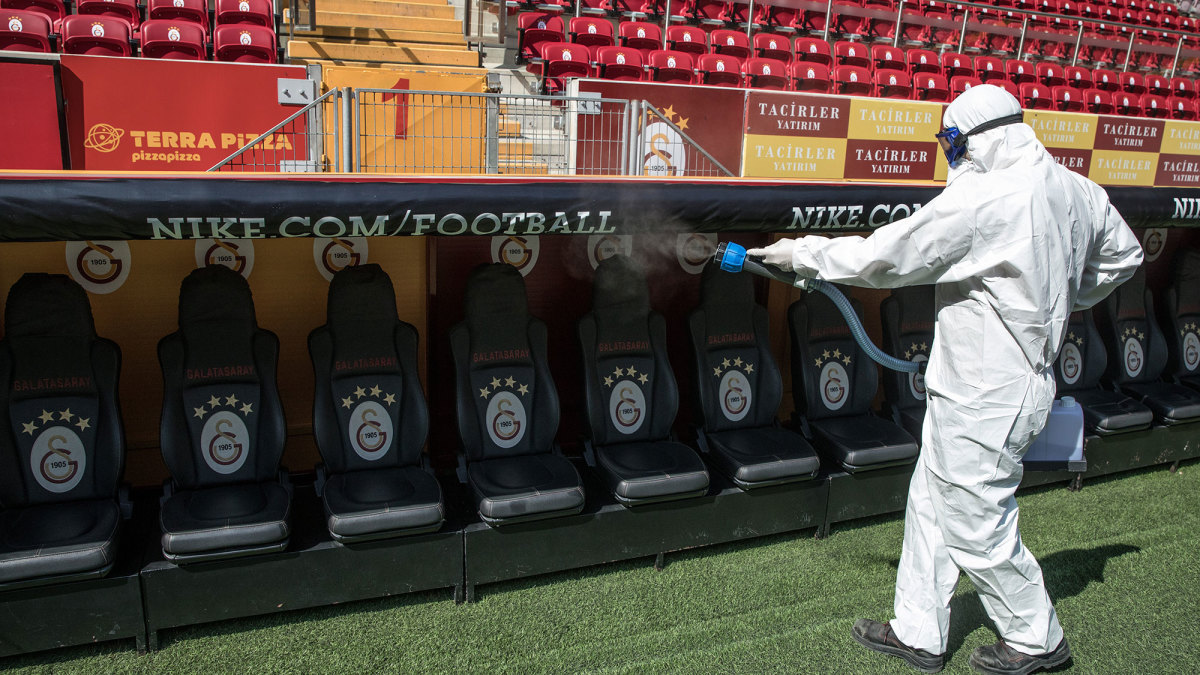 ANKARA, Turkey (AP) — The Turkish soccer league plans to resume on June 12, a month and a half after it was suspended because of the coronavirus outbreak.

Turkish soccer federation president Nihat Ozdemir said Wednesday he hopes to finish the season by the end of July and host the Champions League final in Istanbul in August.

The games will be played without spectators and the Turkish health ministry and its scientific advisory council will determine the conditions and guidelines under which the games will go ahead, Ozdemir said in a teleconference.

“We will finish the league games in July. In August, will host the Champions League,” Ozdemir said. “We are aiming to end the season on July 26 by playing seven weekends and one weekday game.”

Turkey suspended its soccer, basketball and volleyball leagues because of the coronavirus outbreak on March 20, days after the country reported its first COVID-19 death.

Before that, the soccer games were being played without spectators even after most other leagues in Europe had stopped. The decision had caused tensions with some players and coaches who had voiced health concerns.

The country ranks eighth in the number confirmed cases, according to Johns Hopkins University, but experts believe the tally around the world is higher than reported.