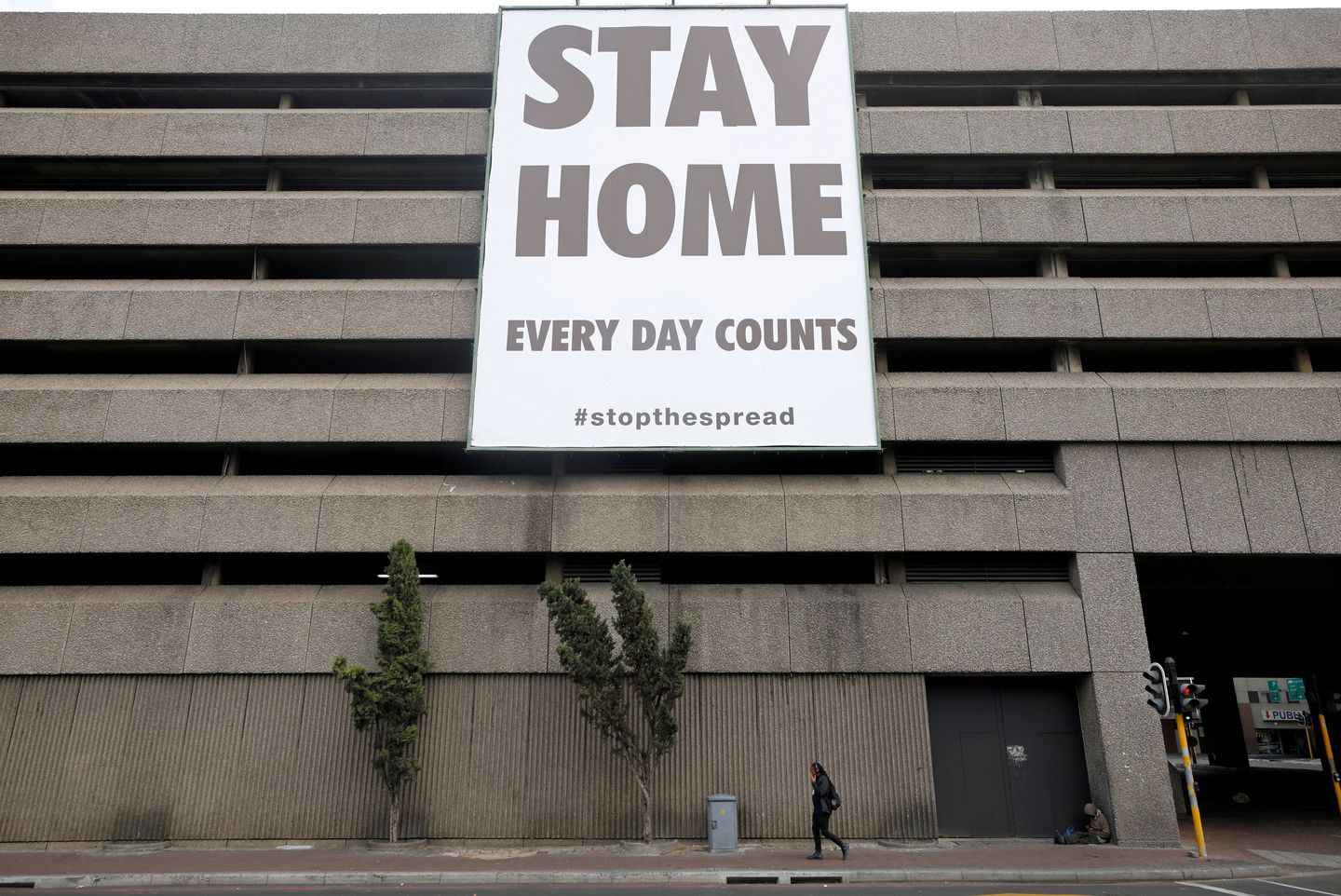 On Tuesday, British epidemiologist Neil Ferguson, a key adviser to the British government on its coronavirus response, resigned after The Telegraph reported that he broke lockdown protocol when a woman the newspaper described as his lover visited him at home. Ferguson and his colleagues at Imperial College London were behind a key study earlier this year that forecast that the coronavirus could kill huge numbers of people in the United States and United Kingdom — research that helped influence government decisions to adopt strict lockdown measures.

“I acted in the belief that I was immune, having tested positive for coronavirus and completely isolated myself for almost two weeks after developing symptoms,” Ferguson said in a statement after the report was released. “I deeply regret any undermining of the clear messages around the continued need for social distancing to control this devastating epidemic.”

“The government guidance is unequivocal,” he said, “and is there to protect all of us.”

Public health experts have warned that it is too early to determine if everyone who catches the virus will be immune or how long potential immunity will last.

“Clearly the social distancing rules are there for everyone and they are incredibly important and they are deadly serious, and the reason is that they are the means by which we have managed to get control of this virus,” he said.

Ferguson, like several others rule-breakers in the public eye, knew the guidelines as well as anyone. So why did he break them? James Weinberg, a lecturer in political behavior at the University of Sheffield, offered a few theories.

Experts deeply involved in the study of the virus, he said, may feel “far more in control of the threat and feel like they understand more precisely the risks and falls in engaging in particular behaviors.”

When Ferguson claimed that he thought he was immune, he appeared to be “leveraging his knowledge to try to justify why he’s breaking his own advice,” Weinberg said.

In early April, the Scottish Sun tabloid published photos of Catherine Calderwood, Scotland’s chief medical officer, at her family’s second home an hour away from their primary residence in Edinburgh. Calderwood later acknowledged it was her second trip to the home since the lockdown went into effect.

“The legal instructions on not leaving your home without a reasonable excuse apply to everyone,” Chief Constable Iain Livingstone said in a statement after police issued her a warning. “Individuals must not make personal exemptions bespoke to their own circumstances.”

Calderwood, who had regularly appeared in Scottish news conferences and advertisements calling for people to stay home, apologized for traveling during the pandemic and initially said she would maintain her job but limit her public appearances. Scottish First Minister Nicola Sturgeon backed her up, calling her “invaluable” despite her blunder. But later that day Calderwood changed course, saying she would step down, noting that the “justifiable focus on my behavior risks becoming a distraction from the hugely important job that government and the medical profession has to do in getting the country through this coronavirus pandemic.”

“Having worked so hard on the government’s response, that is the last thing I want,” she said.

As with Ferguson, it’s difficult to pinpoint why Calderwood violated the rules.

Even as they preach social distancing, leaders in the public eye — like everyone else — are also managing their own private needs. They may be trying to balance their family commitments or their “need for social contact in their own personal lives and that might cause psychological stress,” Weinberg said. “There could be differences between their public and personal or private ideals that in turn leads them to deviate from what they’re telling the public.”

Last month, New Zealand Health Minister David Clark called himself an “idiot” after he violated the country’s lockdown to visit the beach. He had already faced criticism for a mountain biking excursion that was made public after his van, which features with a photo of himself emblazoned on the side, was photographed near the entrance to the trail. He later also admitted to the beach trip.

Prime Minister Jacinda Ardern demoted him from some responsibilities but Clark kept his role as health minister due to the ongoing crisis.

“As the health minister it’s my responsibility to not only follow the rules but set an example to other New Zealanders,” he said after the incidents were made public. “At a time when we are asking New Zealanders to make historic sacrifices I’ve let the team down.”

He is far from the highest-profile official to face rule-breaking accusations. Canadian Prime Minister Justin Trudeau faced questions in mid-April when he traveled to join his family at his summer residence in Quebec. Trudeau’s wife, Sophie, tested positive for virus in March.

Andrew Scheer, leader of Canada’s Conservative Party, defended his decision last month to board a small government flight to Ottawa with his wife and their five children.

“We took great steps to ensure that we minimized interactions [with other passengers],” Scheer said. “My wife brought wipes along with her.”

Israeli Health Minister Yaakov Litzman, who himself tested positive for the virus, said late last month that he would transition to a new role at the Construction Ministry. Criticism had mounted over his handling of the pandemic, including accusations he had violated the lockdown. He denied those allegations in an Israeli television interview. Several other prominent Israeli politicians, including Prime Minister Benjamin Netanyahu, have faced questions over whether they have also violated lockdown protocol.

Ivanka Trump and Jared Kushner — President Trump’s daughter and son-in law, both White House advisers — were criticized for leaving Washington, D.C. to spend Passover in New Jersey. A White House press officer told the New York Times they did not violate any travel bans or fly commercially. Vice President Pence opted not to wear a mask in the Mayo Clinic and later acknowledged he should have. And the list goes on.

Motivations likely vary. Some of the clouded decision-making could be linked to personality traits, Weinberg said. Some may see themselves as above the fray or feel burdened by pressures in their private lives.

Or, it might just be that, like so many other people around the world, some individual officials are struggling to cope with the sudden barrage of new restrictions that limit personal freedom in the name of public health — even if they should know better.

“They’re human just like the rest of us,” Weinberg said. “And they’re fighting against temptations and the urges to breach what are antagonistic restrictions on our lives.”