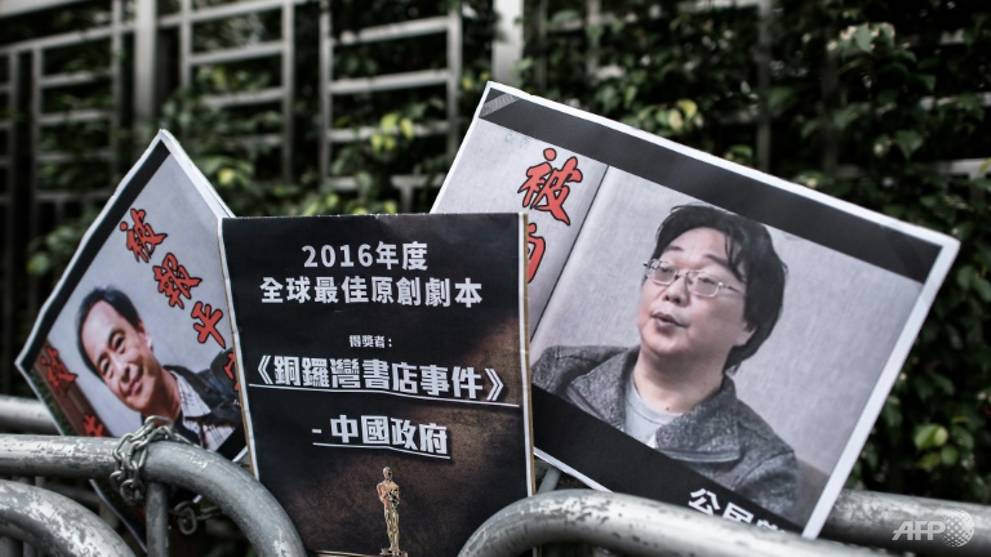 STOCKHOLM: A Swedish publisher has released a collection of poetry written by Chinese-Swedish bookseller Gui Minhai and “smuggled” out of China where he is currently incarcerated.

The 11 poems, written in Chinese and translated to Swedish, focus on the author’s vision of Sweden, covering Norse myths, Swedish people and traditions as well as his reflections on life in prison.

“Some of the poems have been published in both Swedish and international newspapers a year ago or so. But this is the first time the complete collection of prison poems is made available,” Martin Kaunitz of Stockholm-based publisher Kaunitz-Olsson told AFP on Wednesday.

Entitled “I draw a door on the wall with my finger,” the collection was published on Gui’s 56th birthday, May 5, and is prefaced by his daughter Angela Gui, who has actively campaigned for her father’s release.

Kaunitz said Gui Minhai “memorised” the poems while in prison and “when he was released for a short while, he wrote them down and smuggled them out to his daughter”.

Gui, one of five Hong Kong-based booksellers known for publishing salacious titles about China’s political leaders, has been at the centre of diplomatic tensions between Stockholm and Beijing.

Gui Minhai disappeared from a vacation home in Thailand in 2015. Several months later, he appeared on Chinese state television confessing to a fatal drunk driving accident from more than a decade earlier.

Chinese authorities said they released him in October 2017, but according to his daughter, he was then placed under house arrest in the eastern Chinese city of Ningbo.

He was again arrested in early 2018 on a train in China, accompanied by Swedish diplomats.

In February of this year a Ningbo court convicted him of illegally providing intelligence abroad and sentenced him to 10 years in prison.

Gui became a Swedish citizen in 1992 after moving to the Nordic country in 1988, but the Chinese court claimed he had also voluntarily reinstated his Chinese citizenship in 2018.

China does not recognise dual citizenship, but Sweden has maintained that Gui remains a Swedish citizen, and demanded access to him in prison.