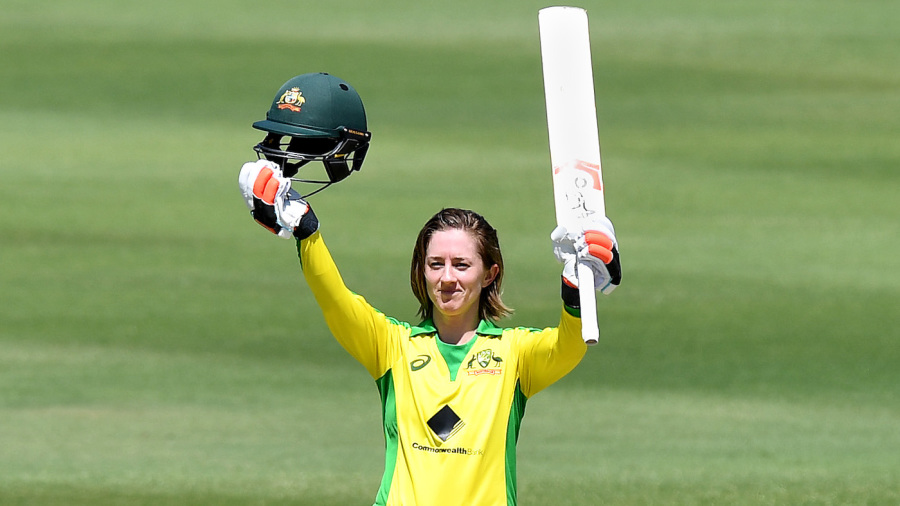 Australia Women’s vice-captain Rachael Haynes is willing to take on any role asked of her at next year’s ODI World Cup even it means giving up the opening position where she made her maiden century at the start of the last season.

In three matches against Sri Lanka, which were the only ODIs Australia played during their summer as they focused on the T20 World Cup, Haynes scored 56, 118 and 63 while opening alongside Alyssa Healy, having initially returned to the team in 2017 in a middle-order capacity after a four-year absence.

But whether she retains that role for the World Cup in New Zealand next year – an event that now has some doubt around it due to the Covid-19 pandemic – remains to be seen after national selector Shawn Flegler said he was not wedded to a particular combination at this stage.

Haynes has an impressive record in a variety of roles, averaging 37.92 opening the batting and 33.13 at No. 5 where she has batted 17 times in ODIs.

“Since I’ve come back into the team, especially in the ODI set-up, I’ve played different roles – had a role at the top of the order alongside Alyssa Healy and also through the middle as well,” Haynes said. “I don’t have my heart set on one position in particular but I certainly feel as a batter that’s what I bring, flexibility in terms of what Matthew [Mott] and Meg [Lanning] would like the line-up to look like.

“We’ve got Ellyse Perry coming back from injury as well and by all accounts she’s tracking really well so that might come into the decision-making as well. From my point of view I’ll certainly fill whatever role Meg and Motty think is best for the team.”

Beth Mooney opens alongside Healy in T20Is and added 115 for the first wicket in the T20 World Cup final against India. She averages 35.36 as an ODI opener but 47.89 in the middle-order roles at Nos. 5 and 6. It would appear that Meg Lanning and Perry are locked in for the three and four positions although Perry’s recovery from hamstring surgery may yet leave it tight for the ODI series against New Zealand in September should that go ahead as scheduled.

“I don’t think it’s been 100% decided,” Flegler said of the batting order. “Beth Mooney has been unbelievable in domestic cricket and has a great record in T20 internationals for the past few years. Sophie Molineux is another option, we love the left-right combination. I think our No. 3 and No.4 with Meg and Ellyse, depending on when Ellyse comes back we might need to change it up a little.”

Most of Australia’s focus last season was on the T20 World Cup, but if the pandemic allows next summer to go ahead as planned, a change of format does not necessarily mean a vast change in thinking.

“We’ve had some great success in this format of the game. In terms of a game plan and how we take on that format, it doesn’t change too much,” Haynes said. “We want to make sure we’re nice and attacking and aggressive with bat or ball and take the game on.

“That’s been our blueprint over the last couple of years and seen us have an enormous amount of success. So I’d definitely like our team to continue that and push what’s possible in terms of our game, the scores we can put out, and what we can defend as well.”