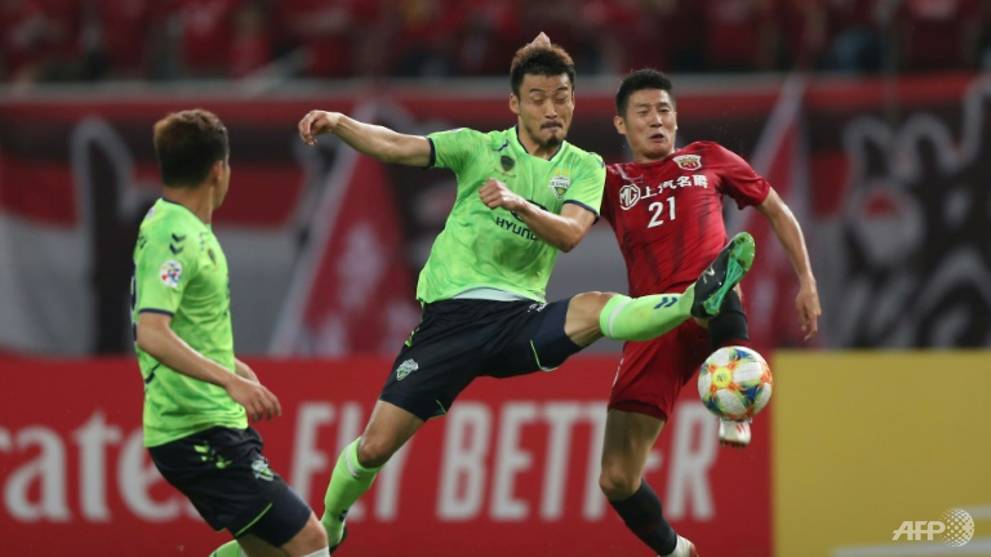 SEOUL: South Korea’s football season kicks off on Friday after a two-month coronavirus delay, leading the way for the global game as other leagues strive to return to action.

Goal celebrations, handshakes and even talking are out under stringent new safety guidelines designed to prevent any contagion during games, which will be played behind closed doors.

While countries such as Belarus, Turkmenistan and Taiwan defied the virus to keep playing football, South Korea – the 2002 World Cup co-hosts and semi-finalists – are the first prominent nation in the sport to allow matches.

South Korea endured one of the worst early outbreaks of COVID-19 outside China, prompting professional sports to suspend or delay their seasons, a pattern that was repeated worldwide.

But the country appears to have flattened the curve thanks to an extensive “trace, test and treat” programme, and football’s return comes after baseball started without fans on Tuesday.

The K-League is Asia’s first major competition to return to action, while Europe’s giants remain sidelined with only Germany’s Bundesliga so far making concrete plans to resume.

Jeonbuk have been the dominant team for the past decade, winning five of the last six league titles, and are again one of the favourites.

Another top contender among the K-League’s 12 teams are Ulsan, who have finished in the top four in each of the past four years.

But it will be football with a difference from Friday, with strict health checks and hygiene measures enforced on the field.

Players and coaching staff are subject to temperature checks ahead of each game and if anyone gets infected during the season, the affected team and those who played against them will have to take a two-week break.

Instead of the traditional pre-game handshakes, players have been asked to bow their heads from a distance, while also avoiding celebrating goals with teammates – and talking.

‘IMPOSSIBLE NOT TO TALK’

The K-League’s step-by-step response manual to the virus outbreak has been shared with some 40 professional football competitions worldwide including England’s Premier League and Germany’s Bundesliga, the K-League said.

But questions have been raised about the new safety guidelines.

“If we can’t have conversations on the field, we may as well not play football at all.”

The new K-League season will be an oasis of live action in a world where sports fans have been starved of such content by the virus, with broadcasters resorting to repeats of matches from past years.

The lack of live sport has resulted in a new-found global interest in South Korean football.

Ten foreign broadcasters from China, Hong Kong to Croatia have purchased rights to air the upcoming season, while those in Germany, France, Italy, US and Australia have also made inquiries, the K-League said.

The K-League will livestream Friday’s match on YouTube and Twitter with English-language graphics and commentary for international fans, it added in a statement.

On the ground, the K-League said spectators will be allowed back into stadiums progressively as the government eases its quarantining measures.

The new football season comes just two days after the return of professional baseball in South Korea, which has struck a television deal with ESPN for US fans.

And South Korea will next week become the first country to see women’s professional golf resume after COVID-19.

The US$1.8 million Korea Ladies Professional Golf Association Championship begins on May 14 in Yangju, east of Seoul with world number six Kim Sei-young and 10th-ranked Lee Jeong-eun in the 144-strong field.

South Korea has seen only a trickle of new coronavirus infections in recent days, with two fresh cases reported on Wednesday – both of them overseas arrivals – taking the total to 10,806.