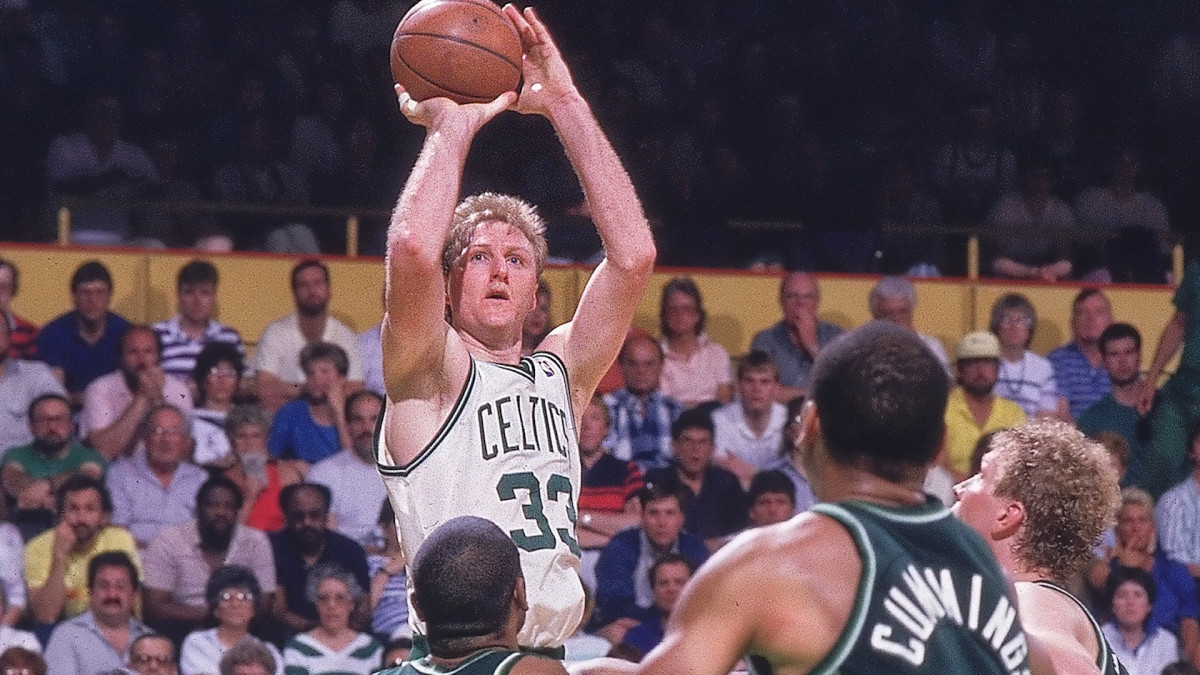 Brooklyn Nets GM Sean Marks says whether Kevin Durant could return in a resumed NBA season is the $110 million question. But I’ve got another one. With The Last Dance inspiring many comparisons between NBA legends past and present, how would Durant stack up to the best forward from that time period, Larry Bird?Well, here’s the case for each.

Bird: Larry Legend was a bad, bad man. And if you don’t believe me, just ask his left hand.

Not only could Bird score but he averaged double digit boards. And was also one of the most brilliant passers to ever step on the floor. He is a three-time NBA champ and three-time MVP and unlike with KD was clearly the guy on his team for each. Plus, when your chief rival is the great Magic Johnson, that says almost all you need to know about Bird’s place in history. His game would have also likely adapted well to today given his prowess from three.

Durant: If someone from Larry’s era would’ve had to guard Durant, I don’t know how they’d react. Because they definitely never saw anything like that.

At nearly seven feet, KD is an absolute bucket getting machine scoring easily on splits approaching 50/40/90. His length also makes him a problem on defense as shown in Golden State and his playmaking has improved over the years as well. Even though he may have felt overshadowed playing on the same team as Stephen Curry, I think most would argue he is the better overall player and Durant was even being put up against LeBron James especially after winning his Finals MVPs.

While I could certainly argue Kevin Durant is better, right now Larry Bird is greater. Ultimately, I believe what KD does in BK could wind up determining the answer to this question for me.