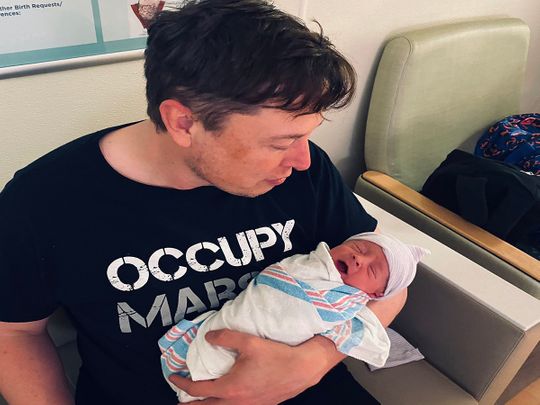 Singer Grimes has taken to Twitter to explain the bizarre baby name that she and Elon Musk chose for their child.

After welcoming a baby boy on May 4, Musk said on Twitter that they named him “X Æ A-12 Musk”, which many took as a joke at first.

But now, Grimes has broken down the name element by element — and her explanation has left readers even more confused.

“X, the unknown variable,” wrote Grimes. “Æ, my elven spelling of Ai (love &/or Artificial intelligence). A-12 = precursor to SR-17 (our favorite aircraft). No weapons, no defenses, just speed. Great in battle, but non-violent. (A=Archangel, my favorite song).”

She ended the tweet with emojis of a sword and rodent and wrote “metal rat”.

Musk responded to her tweet correcting her: “SR-71, but yes.”