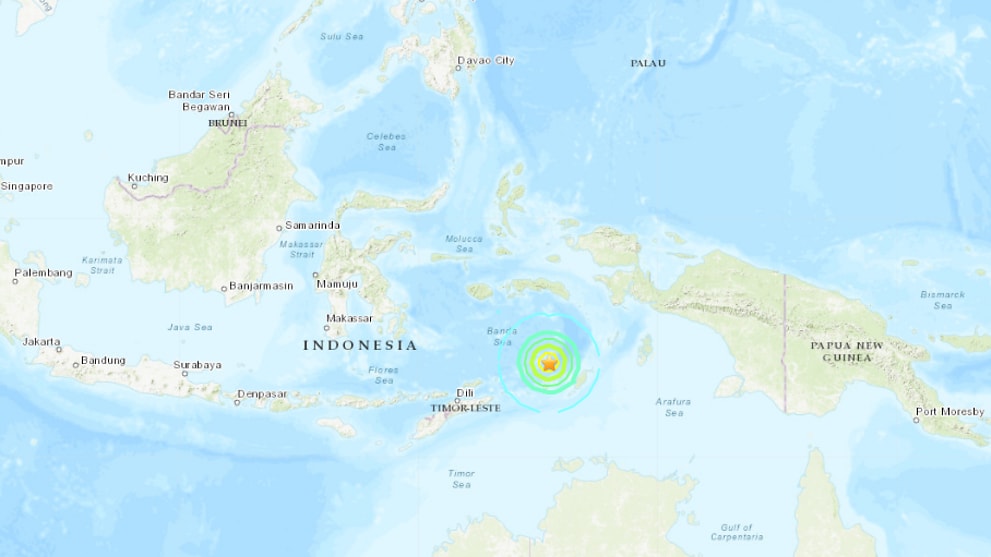 JAKARTA: A powerful earthquake struck eastern Indonesia on Wednesday (May 6), causing some residents to flee their homes, but there were no immediate reports of damage and the country’s meteorology agency ruled out the risk of a tsunami.

The magnitude 6.9 quake struck in the Banda Sea, the European Mediterranean Seismological Centre (EMSC) said, and was at a depth of 117 kilometres. The US Geological Survey gave a preliminary magnitude of 6.8.

The earthquake was not capable of generating a tsunami affecting the Indian Ocean region, the Indonesia Tsunami Service Provider said.

A resident on the island of Kisar in Maluku province said they felt the earthquake for a few minutes and said people ran out of the houses in panic.

“People were asleep, we screamed. People ran because of the quake, beds shook,” said Oce Karmomyana, who said there had been no damage.

Indonesia is situated on the so-called Pacific Ring of Fire, which is frequently hit by earthquakes that are sometimes accompanied by tsunamis.

The most devastating in recent Indonesian history was on Dec 26 in 2004, when a magnitude 9.5 quake triggered a massive tsunami that killed around 226,000 people along the shorelines of the Indian Ocean, including more than 126,000 in Indonesia.

In 2018, a tsunami hit the city of Palu in Sulawesi island, killing thousands.

This is a developing story. Please refresh for updates.