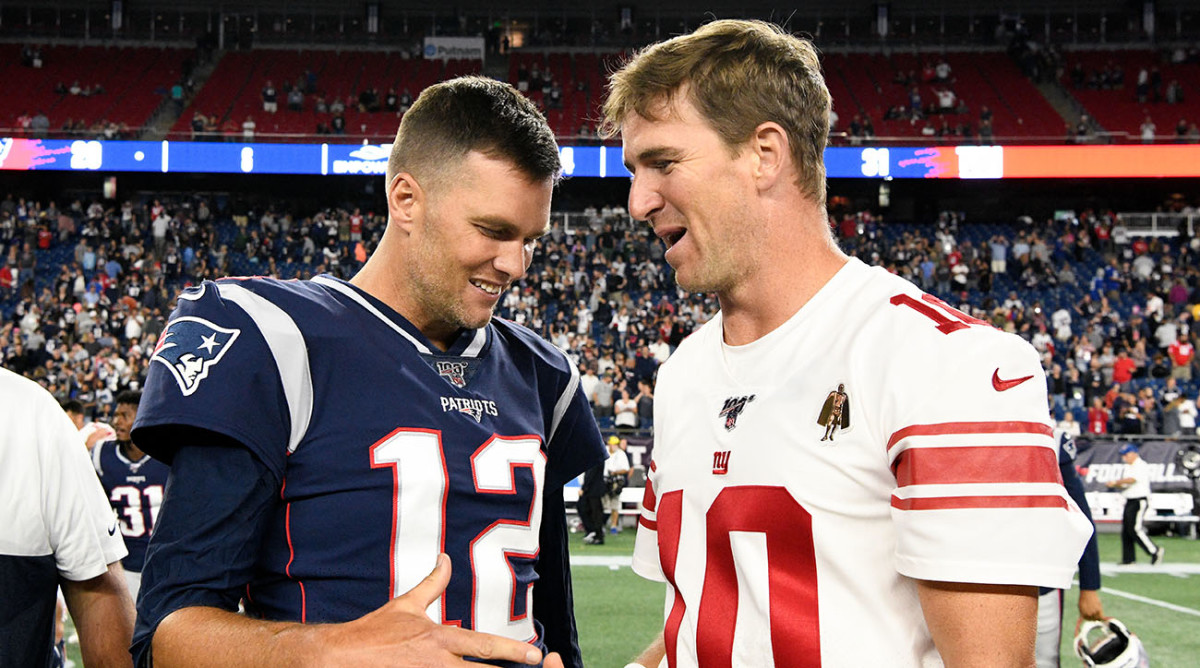 There’s plenty of questions surrounding the 2020 NFL season right now, even for someone like Tom Brady.

During an interview with SiriusXM NFL Radio, former Giants quarterback Eli Manning predicted Brady will face some challenges during his transition with the Buccaneers, especially due to the ongoing coronavirus pandemic.

“I think it’s gonna be tough for him, just the fact he can’t be doing everything he wants to be doing with the team and getting ready,” Manning said, per The New York Post. “Obviously they have some playmakers at receiver there, when you got talented receivers it makes it a little bit easier to get on the same page with them.

“It will be interesting how it all plays out and how quickly he can just adjust to a new organization and new players and new offense, all those new things, especially with the limited timing he’s gonna have [with them].”

Brady will have to adjust after playing with the Patriots for 20 years, in a system built around him. But he’ll have several potent offensive weapons on his new team, including Mike Evans, Chris Godwin, O.J. Howard and Cameron Brate. Brady will also reunite with his former teammate Rob Gronkowski, which could help smooth his transition to a new team.

The NFL has been forced to adjust its offseason plans during the coronavirus pandemic. Teams have started voluntary offseason home workouts while their facilities remain closed.

Brady has tried to make the most of his downtime in Tampa Bay. Last month, the veteran quarterback attempted to work out in a public park in Tampa. However, was asked to leave because he was violating the city’s park closure amid the COVID-19 outbreak. On Monday, he decided to stick to his backyard and workout in full pads.