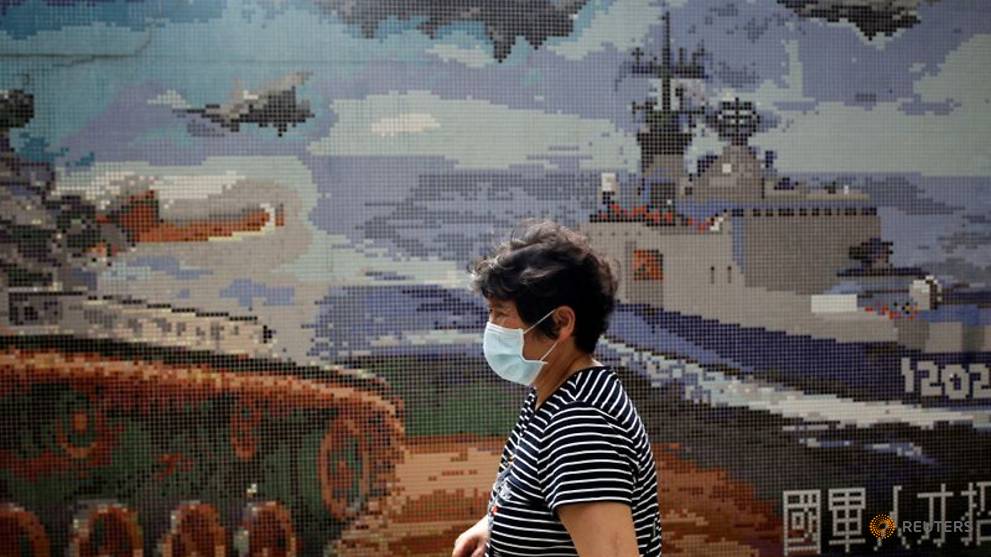 TAIPEI: Only Taiwan’s democratically-elected government can represent its people on the world stage, not China, the island’s foreign ministry said on Tuesday (May 5), calling on the World Health Organization (WHO) to “cast off” China’s control during the COVID-19 pandemic.

Taiwan’s exclusion from WHO membership, due to objections from China, has infuriated Taipei, which says its exclusion has created a glaring gap in the global fight against the coronavirus. China considers the island one of its provinces.

Taiwan has been lobbying to attend, as an observer, this month’s meeting of the WHO’s decision-making body, the World Health Assembly (WHA), although government and diplomatic sources say China will block the move.

Steven Solomon, the WHO’s principal legal officer, said on Monday that the WHO recognised the People’s Republic of China as the “one legitimate representative of China”, in keeping with UN policy since 1971, and that the question of Taiwan’s attendance was one for the WHO’s 194 member states.

Speaking in Taipei, Taiwan Foreign Ministry spokeswoman Joanne Ou said the 1971 decision, under which Beijing assumed the UN China seat from Taipei, only resolved the issue of who represented China, not the issue of Taiwan, and did not grant China the power to represent Taiwan internationally.

“Only the democratically-elected Taiwanese government can represent Taiwan’s 23 million people in the international community,” she told reporters.

The WHO should “cast off the Chinese government’s control”, and let Taiwan fully participate in fighting the virus, Ou said.

“Do not let China’s improper political interference become an obstacle to impeding the world’s united fight against the virus.”

READ: COVID-19: Taiwan says ‘not yet’ received invite for key WHO meeting

READ: Taiwan pushes WHO participation in rare ministerial call with US

Taiwan attended the World Health Assembly as an observer from 2009 to 2016 when Taipei-Beijing relations warmed.

But China blocked further participation after the election of Taiwan President Tsai Ing-wen, who China views as a separatist, charges she rejects.

The United States has strongly supported Taiwan’s participation at the WHA as an observer, another fault line in Washington-Beijing ties that have been already overshadowed by the Trump administration’s criticism of how China and the WHO have handled the outbreak.

China says Taiwan is adequately represented by Beijing and that Taiwan can only take part in the WHO under Beijing’s One China policy, in which Taiwan would have to accept that it is part of China, something Tsai’s government will not do.

Taiwan has reported far fewer cases of the new coronavirus than many of its neighbours, due to early and effective detection and prevention work.