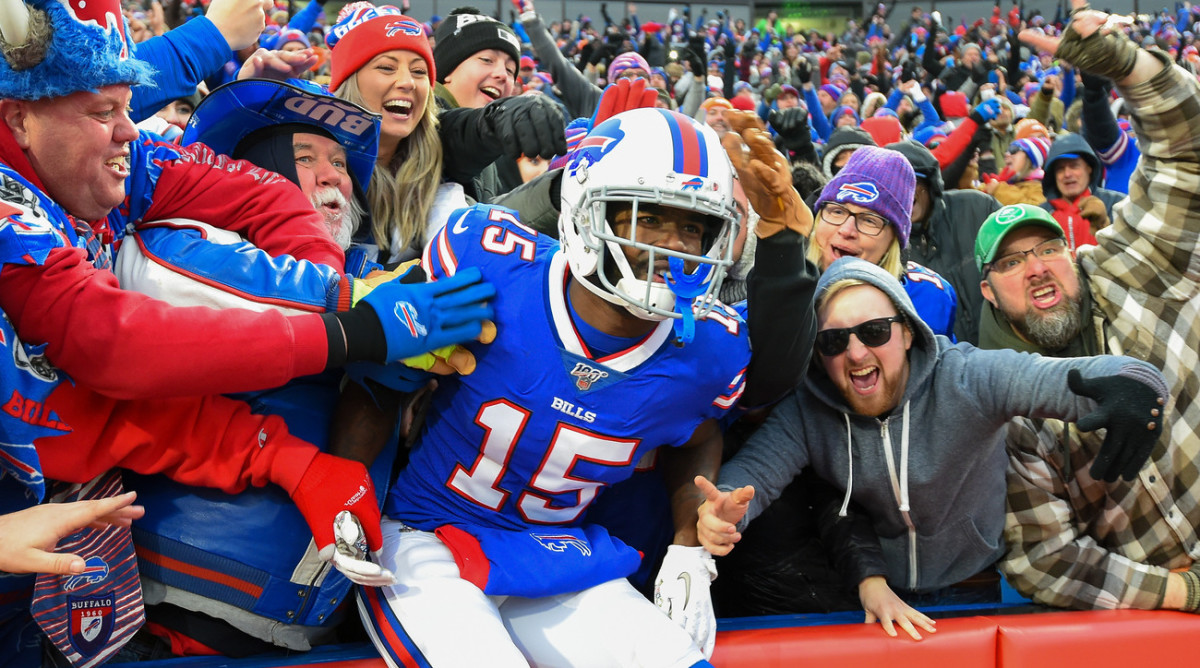 The Bills began to add weapons for Allen last year with wide receivers John Brown and Cole Beasley, but this year they gave up their first-round pick for Vikings stud Stefon Diggs. Allen has had accuracy issues in the past, but the Bills are committed to him, and their playoff future is tied into Allen’s success.

Think of it this way: Diggs is the new WR1, and Beasley is still the man in the slot. The Bills want to have a solid running attack with Devin Singletary and Zach Moss. So, where does that leave Brown? Most likely as the deep threat who probably gets 3-4 chances per game.

From Week 12 onward last season, Gesicki had 276 yards receiving and five of his six TDs. Tight ends usually make a giant step in their progression in their third season, which is perfect timing for anyone who drafts Gesicki in 2020.

Please tell me that you weren’t one of those fantasy owners who got suckered into the “Kalen Ballage is going to be the starting running back hype last season.” He’s so bad that the Dolphins went out and signed Jordan Howard as a free agent and traded for Matt Breida. Ballage is not worth drafting in any format.

Trading a second-round pick for Sanu was the Patriots’ desperate attempt to provide Tom Brady with as many weapons as they could in 2019. Now that Brady is gone, look for Stidham to make a connection with former first-round pick N’Keal Harry who came on nicely towards the end of last season.

Perriman gets a one-year prove-it deal to show that last year’s breakout with Tampa was no fluke. With Robby Anderson gone, the Jets have no downfield speed threat. Perriman should be a starter from day one and could be a sneaky source of fantasy points, especially in best-ball formats.

I liked Herndon going into last season, but the Jets added Perriman, drafted rookie Denzel Mims in Round 2, and re-signed tight end Ryan Griffin to a multi-year contract this past off-season. Herndon is going to have to earn his targets, and right now, he’s fallen completely off my draft board.