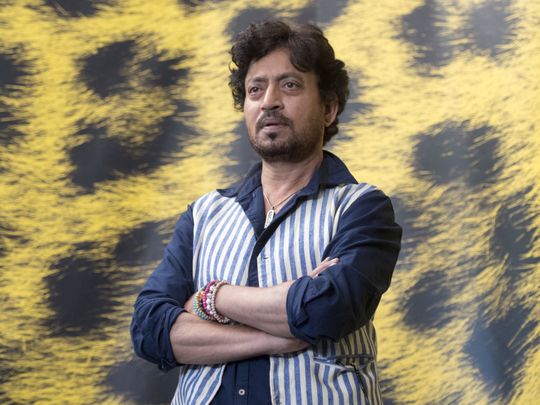 As the country mourned the loss of one of the finest actors of Indian cinema, Mumbai-based artist Ranjit Dahiya has paid his tribute to Irrfan Khan by making a huge mural of the phenomenal actor.

The actor’s wall mural was painted by the artist in the bylanes of Waroda Road, Bandra, as a tribute to his “favourite actor.”

Speaking to ANI, the artist mentioned that the news of the seasoned actor’s demise initiated him to do the wall painting.

“When I came to know the sad demise of my favourite actor Irrfan Khan, I wanted to give tribute to him,” said Dahiya.

The wall painting, mixed in black, yellow, and white colour, sees a close-up shot of the late ‘Lunchbox’ actor, where Dahiya said he focused more on his “eyes which were loved by his fans.”

“It took me three days to complete this wall painting. I am still working on it. It’s a small tribute to my favourite actor Irrfan Khan,” added Dhaiya.

The internationally renowned actor passed away at Mumbai’s Kokilaben Hospital on April 29 while battling rare cancer. He was 53.

Irrfan was last seen on screen in ‘Angrezi Medium.’ He was not a part of the film’s promotions owing to his ill health.

With critically acclaimed films like ‘The Lunchbox’ and ‘Paan Singh Tomar’ to his credit, Irrfan was regarded as one of the finest actors in Hindi cinema.