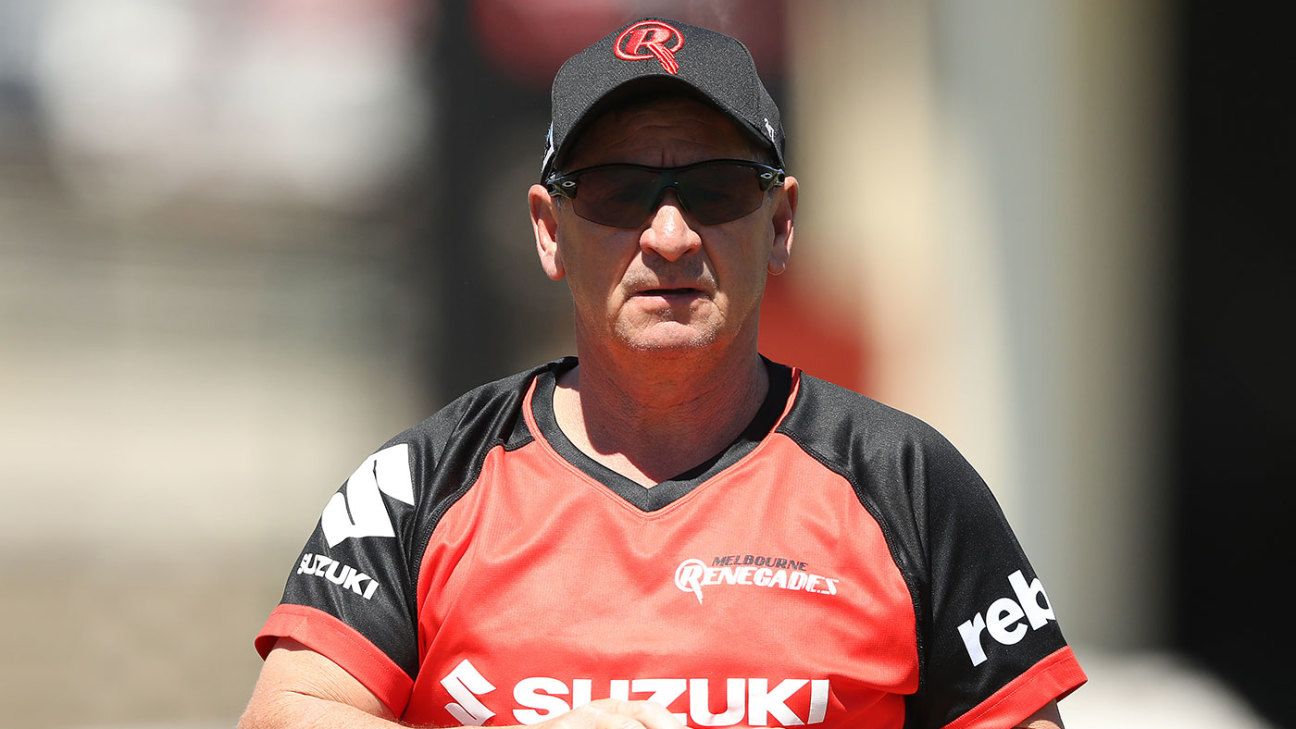 The major job losses at Cricket Victoria caused by the fallout from the Covid-19 pandemic have claimed the Melbourne Renegades’ WBBL head coach Tim Coyle who had been in the role three years.

Last week Cricket Victoria confirmed a significant restructuring of its organisation in the wake of cost-cutting measures with community cricket especially hard hit.

“The challenges delivered by the current climate have forced us to reassess every area of our High Performance program and unfortunately this has led to the end of Tim’s tenure with the Renegades,” Cricket Victoria’s general manager of cricket Shaun Graf said.

“This certainly takes nothing away from Tim’s contribution to the Melbourne Renegades in his time as Head Coach. He’s led the club to back-to-back finals campaigns and a number of players have graduated to the national team under his direction.

“We’d like to thank Tim for his hard work over the last three seasons and wish him well for the future.”

Last year the Melbourne BBL teams, the Renegades and the Stars, were brought under the Cricket Victoria structure. They have both lost major sponsors in recent months.

Coyle’s departure also means both teams are now searching for a new head coach after Leah Poulton quit her position with the Stars after less than a month to take up a job as head of female cricket with New South Wales.