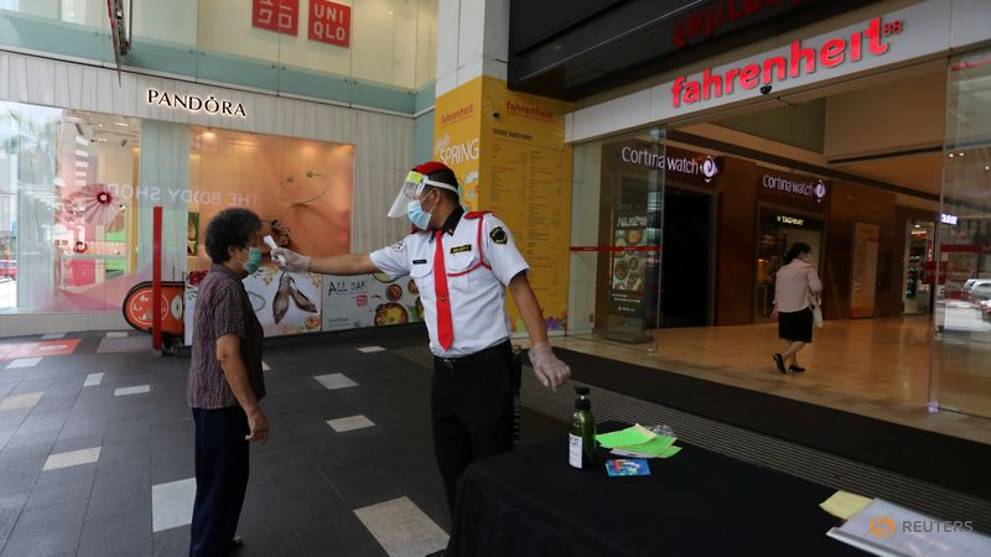 In a statement on Tuesday (May 5), he said the government takes a serious view of the refusal by some states to restart the economy.

Starting from Tuesday, companies from almost all sectors of the economy are allowed to operate following the federal government’s decision on Apr 29.

This decision to reopen the economy under the terms of the conditional movement control order was taken with utmost care, caution and responsibility, said Mr Azmin.

“A set of comprehensive and stringent standard operating procedures … has already been given to all state governments,” he said.

If Malaysia extended its movement control order to June, the cumulative loss of national income will reach an estimated RM146 billion (US$33.8 billion) or 10.3 per cent of GDP, according to official figures.

This would wipe out the economic success Malaysia has achieved over the last four years, said Mr Azmin, adding that the data was presented to the states’ chief ministers at the National Security Council meeting on Apr 28.

“In this regard, the meeting agreed to reopen the economic sectors during the conditional movement order beginning today,” he said.

“The government’s decision to allow almost all sectors of the economy to operate in order to revive and revitalise the economy is expected to have a positive impact on the economic growth and financial position of the country, not only for the federal government but also for the states.

“Hence, the state governments are urged to cooperate in executing the federal government’s decision to regenerate the economy,” he added.

READ: COVID-19 tests made compulsory for all foreign workers in Malaysia

Mr Azmin said the government has engaged various stakeholders, particularly industry associations, local and international chambers of commerce as well as small- and medium-sized enterprises, in order to gauge the impact on employment, business sustainability and supply chains.

The minister also said the implementation of the movement control order involves the entire country, including the states in Peninsular Malaysia as well as the federal territories, Sarawak and Sabah. It is done to effectively control the spread of COVID-19, in accordance with the Prevention and Control of Infectious Diseases Act.

“It should be stressed that the federal government’s decision is valid according to … a uniform law for the purpose of preventing and controlling infectious diseases in Malaysia and enforceable throughout the country,” he added.