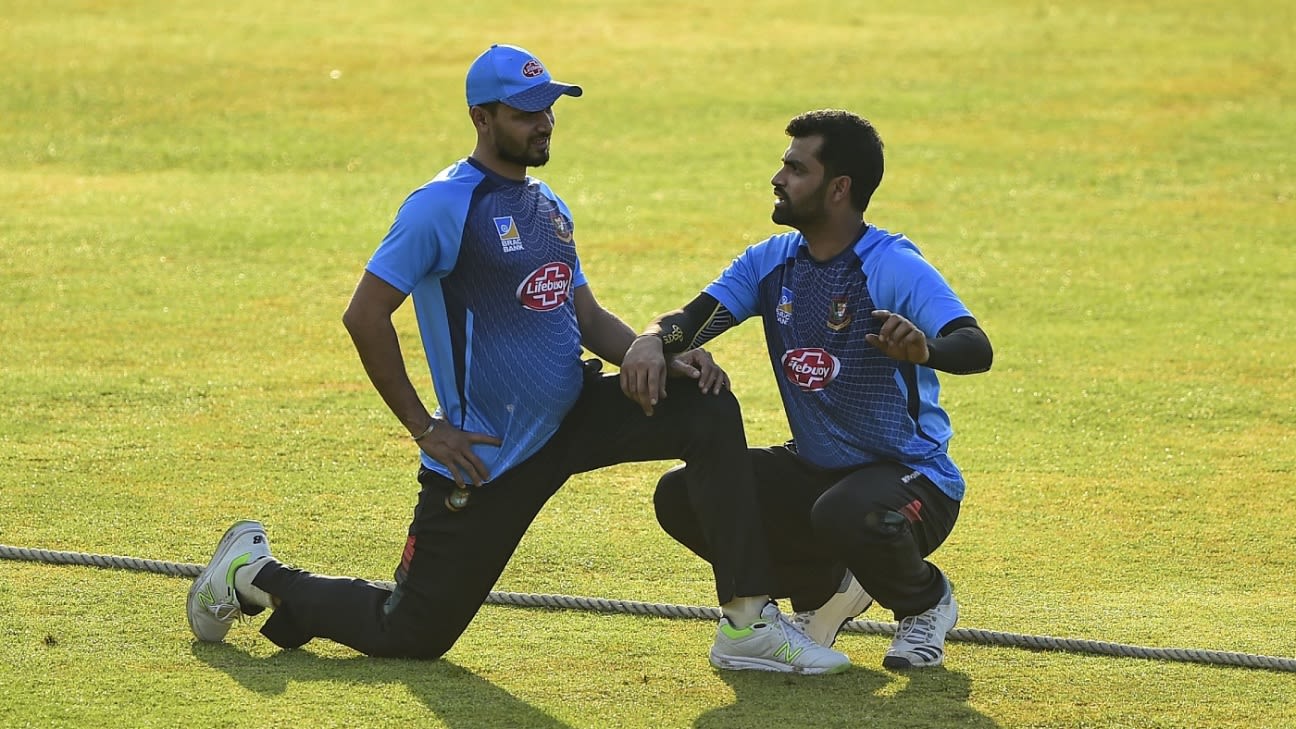 Mashrafe Mortaza has asked Tamim Iqbal to trust his “gut feeling” when he leads Bangladesh out to the field as their new ODI captain, but also told his junior colleague to be patient when it comes to dealing with the noise around the team.

“You will hear a lot of advice as a captain – ‘do this, do that’; but as long as you listen to your heart, you will be able to sleep at night even if you lose,” Mashrafe told Tamim during a conversation on Facebook. “You will be unhappy if you had to do what other people told you. I have always believed in this.

“I won’t tell you how to do your captaincy, but you should do what your heart desires. Of course, you will have Shakib [Al Hasan], Mushfiq [Rahim] and [Mahmudullah] Riyad around you, but if you listen to your gut feeling, you will be more successful.”

ALSO READ: Life in the time of Mashrafe, by Tamim and Mahmudullah

Mashrafe, who resigned from the ODI captaincy in February, asked Tamim to back the younger players like Soumya Sarkar, Liton Das and Mustafizur Rahman to move forward.

“Bangladesh’s reality is a little different. You have to be patient. If you can make the players understand that you will do everything you can for them, they will give the best for you,” Mashrafe said. “As long as I am confident in your ability, it doesn’t matter what others are saying. You have match-winners in Soumya, Liton and Mustafiz, so if something is being said about them, you have to handle it.

“Everyone had a lot to say about Shakib batting at No. 3 in the [2019 50-over] World Cup. Shakib was confident that he could handle the pressure. My point of view was that if he failed in two matches, nobody would be more concerned than Shakib. He knows how to handle the pressure. I backed him fully because I felt he would have maximum impact at No. 3.”

“I never really supported your view of being reluctant about captaincy. Why wouldn’t you be the captain? You already have leadership qualities”

Shakib had a standout tournament, hitting 606 runs in eight innings, with two hundreds and five fifties, scoring at an average of 86.57 and a strike rate of 96.03. Bangladesh, however, couldn’t get into the final four.

As such, while Tamim has been a senior player in the Bangladesh side for long, he has been a bit of a reluctant captain, taking charge only in one Test and three ODIs over the years. But Mashrafe suggested that Tamim’s leadership role off the field would be useful for him in his new position.

“I never really supported your view of being reluctant about captaincy. Why wouldn’t you be the captain? You already have leadership qualities,” Mashrafe said. “The BCB will give you the captaincy for a long time, but that’s up to them. You have to accept it properly.

“You didn’t accept it properly in Sri Lanka [when he led in ODIs last July] but seeing you now, I feel you are on the right track. Bangladesh cricket will take the next step very soon.”