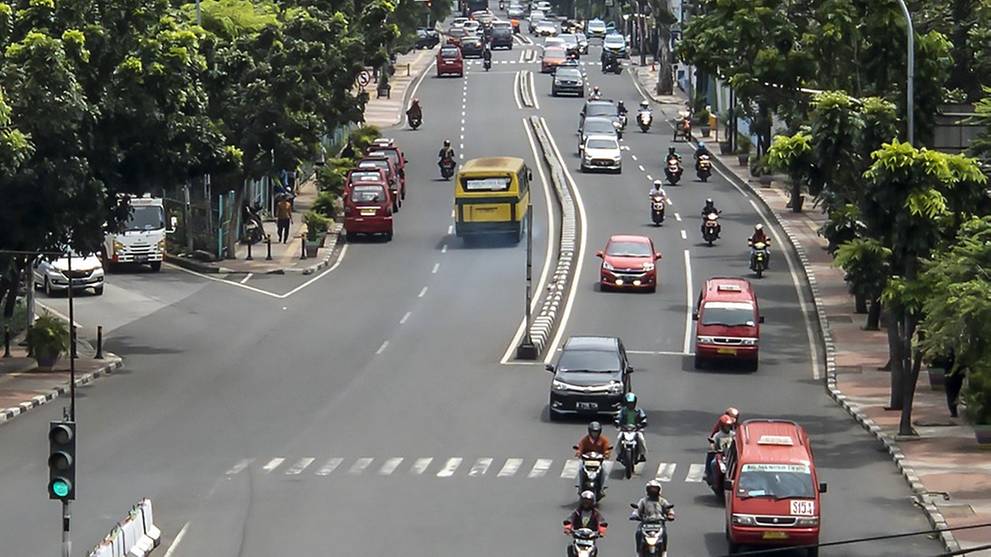 JAKARTA: Indonesia’s economy grew at its weakest pace since 2001 in the first quarter, slower than expected, as the coronavirus pandemic halted business activity in Southeast Asia’s largest economy.

The coronavirus crisis has taken a toll on consumption – the main driver of the economy – investment, tourism and its important commodity exports.

Gross domestic product in January-March expanded 2.97 per cent from a year earlier, the weakest pace since the first quarter of 2001, statistics bureau data showed, slowing from the previous quarter’s 4.97 per cent.

A Reuters poll had a median forecast of 4.04 per cent, but some analysts had expected an even weaker growth rate.

Indonesia’s main stock index erased some of its earlier gains, trading up 0.25 per cent at 4.33 GMT (12.33pm Singapore time) on Tuesday (May 5), after gaining as much as 1.4 per cent earlier in the session. The rupiah was barely changed at 15,060 per dollar after the data.

Policymakers have said the full extent of the pandemic’s impact will only be known later as economic activity held up relatively well in the first two months before the outbreak worsened in March.

The economy held up better than elsewhere in the first quarter because Indonesia locked down parts of its economy later than others, said Capital Economic’s senior Asia economist Gareth Leather, who expects a sharp contraction in the second quarter.

“The lockdown will need to remain in place for a while longer yet. Failure to contain the virus would have significant implications for the economic outlook,” Leather added.

The world’s fourth-most populous country first detected cases of the flu-like respiratory illness in early March and began closing schools and offices later in the month to contain its rapid spread. It has 11,587 cases and 864 deaths.

In January-March, household consumption, which accounts for more than half of GDP, registered a growth rate of just 2.84 per cent, compared with around 5 per cent in recent quarters.

Investment and exports also weakened, growing 1.7 per cent and 0.24 per cent, respectively.

Before the first quarter’s data, officials gave a growth outlook of 2.3 per cent for 2020 – the lowest since 1999, but authorities had also flagged a risk of GDP shrinking by 0.4 per cent this year as a result of a prolonged and widespread outbreak.

The government has expanded its fiscal deficit to the biggest in more than a decade to accommodate spending on healthcare, welfare and economic stimulus, while the central bank has cut interest rates and pumped money into the financial system to help the economy deal with the pandemic.

Around 1.7 million people have lost their jobs due to the pandemic, official data showed earlier this week. More than 20,000 firms have applied for the government’s tax breaks, the tax office said last month.