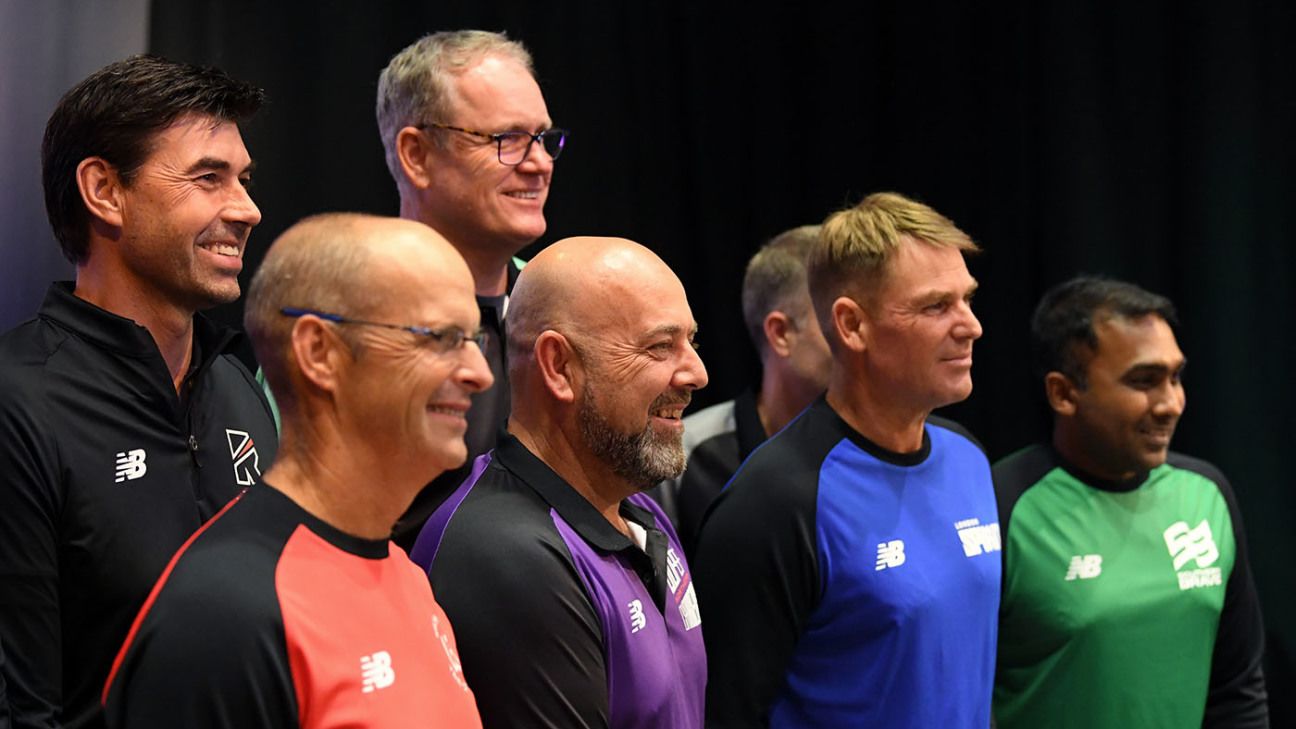 Coaches in the Hundred have raised questions about how squads in the competition will look next year, suggesting that a partial re-draft of squads will be necessary ahead of the tournament’s delayed launch in 2021.

Players’ contracts were terminated on Monday through a ‘force majeure’ clause following the tournament’s postponement and the ECB has opened discussions with the Professional Cricketers’ Association (PCA) and other stakeholders in the past few days to work out what will happen to squads.

And while there seems to be little appetite for a total re-draft, question marks over Kolpak players, overseas availability, and possible retirements mean that freezing the squads would prove close to impossible.

Under the competition’s planned retention rules, teams were able to keep up to ten players from their initial squad for the 2021 edition of a tournament, at a salary band negotiated with the player. Another draft would then follow for teams to fill the gaps in their squads during the winter, with the lower number of players to pick allowing a shorter and more focused programme for TV. A modified version of this system seems – at an early stage – to be the most likely solution.

Speaking on a Sky Sports podcast, Shane Warne and Tom Moody – coaches of London Spirit and Oval Invincibles respectively – said that there would be issues with keeping the same squads for 2021.

“It’ll be two years basically when the Hundred starts from when we did the auction [draft],” Warne said. “There’ll be different players, some players might retire, so I’m not sure how they’re going to – will they start from scratch again, where you have to put together different squads? Will they have a ten-player core of that squad and then you can only pick ten players?

“It’ll be interesting to see what the ECB come up with about the rules and whether they say ‘you know what, we’re going to start again’ or another alternative. I think everyone was pretty happy with the squad they had but two years later from when the auction [draft] is, there’s a lot of time passed as to how players develop in that time. It’d be interesting to see how it affects them. People might be playing international cricket then, might have got elevated so they’re not available as much, so you might have chosen a different squad.”

In the London Spirit squad Warne picked, there are four players who would be 35 or older at the start of next year’s competition: Joe Denly, Jade Dernbach, Mohammad Nabi, and Roelof van der Merwe. Kyle Abbott, initially selected as a local player thanks to his Kolpak registration, would have to be picked as an overseas player. Moody’s Invincibles squad has fewer issues in terms of age, but he has a similar problem with Kolpak players having signed Rilee Rossouw and Hardus Viljoen for £75,000 and £60,000 respectively.

“I think most teams would be pretty comfortable with the squads they’ve got. Not only did most teams plan to have a squad that was capable of winning in the first year, I think they had also a long-term eye as well with regards to making sure that they had players they wanted to be part of their franchise for years to come,” Moody said.

“I think there are some tricky little hurdles that the organisers will have to get their head around. One of the ones that really stands out for me is the Kolpak player situation – it [the loophole] is due to expire at the end of December this year, so teams that had picked Kolpak players knowing that they had them for the first year but then would have had to make a decision with them the following year, with regards to whether they keep them on board as an overseas or let them go back into pasture.”

PCA chairman Daryl Mitchell has taken the lead in discussions and has led multiple calls with county representatives and other senior players since the tournament was officially postponed last Thursday. Of the 21 county reps (three counties have two), six have contracts in the Hundred: Ben Cox, Luke Fletcher, Tom Kohler-Cadmore, David Payne, Max Waller and Chris Wood. Others, such as Jake Ball and Jack Taylor, would have been well-placed to win selection as a ‘wildcard’ through performances in the T20 Blast.

ALSO READ: Where now for the Hundred following ECB postponement?

Both men’s and women’s players were notified via a letter on Monday that their contracts had been terminated. An ECB spokesperson said: “This letter is necessary paperwork to legally update and inform players of the situation, which follows a notification last week around the launch of the new competition being moved to 2021. We are currently working with the PCA and other key stakeholders with regard to player selection and retention for the first edition of the Hundred in 2021.”

Selection and retention for the women’s competition is less likely to raise concerns, with players signed by teams partly based on location via an informal recruitment process rather than a draft. Charlotte Edwards, the former England captain and Southern Brave head coach, said on Sunday it was a “worrying time” for the women’s game following the tournament’s postponement, with several players set to miss out on deals in the short term.

While the Hundred’s postponement has been confirmed, the ECB has downplayed reports that a revised schedule for the summer could include no women’s cricket. “We’re working alongside all international boards whose men’s or women’s teams are due to come here this summer,” said a spokesperson.