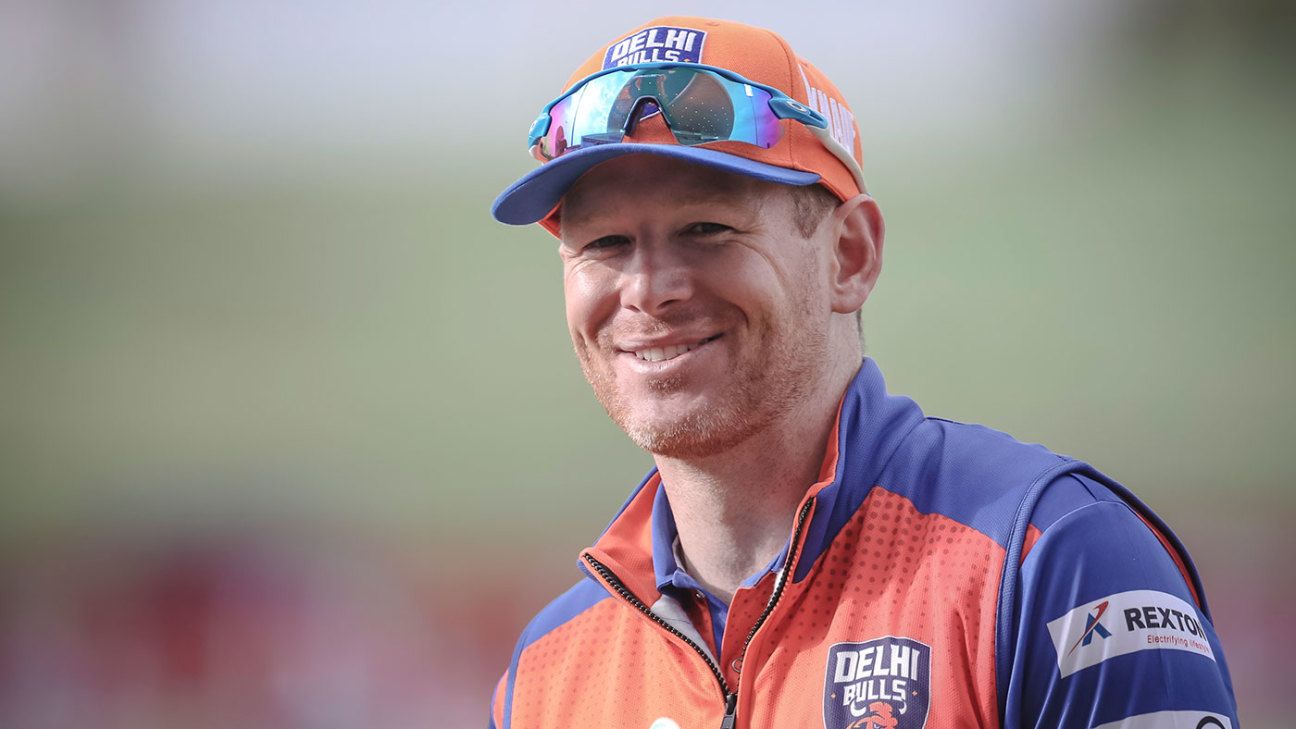 Eoin Morgan has reiterated his belief that the T10 format could be the vehicle for getting cricket into the Olympics, given that its brevity could allow multiple matches to be contested in a shortened timeframe.

Cricket has not featured at the Olympics since 1900, when Great Britain beat France in a one-off gold medal match at the Velodrome de Vincennes in Paris.

It has since been staged as a 50-over competition at the Commonwealth Games in 1998, when South Africa won gold, and has been included for the 2022 event in Birmingham, when eight teams will take part in a women’s T20 competition.

However, Morgan – speaking at the launch of the Abu Dhabi T10 – reckoned the shortest format yet could be the one to catch on at a global games.

“The one thing that T10 offers above the three formats that makes it so appealing to an Olympic games or a Commonwealth games is the fact that you can play a whole tournament in the space of 10 days,” he said.

“To have a tournament in such a short space of time maximises the opportunity and the exposure that it will have for the sport.”

“When you can play a cricket tournament in 8-10 days it really does make it appealing, and on top of that it really would be extremely entertaining.”

Though critics of the shortened format believe that ten-over cricket takes out a lot of the game’s nuances and strategies, Morgan insisted that there was a lot more depth to the contests than meets the eye.

“The most important part of a T20 game is always overs 10 to 20,” he said. “But if you look at a T10 game, the earlier overs are the most important. You need to make the most of that very short powerplay, so who you put in those key positions and in the form that they’re in, is the most critical factor.

“And equally, when you’re bowling, it’s about having the most effective guys on and performing in the biggest part of the game, because in T10, you can be so far behind the game if you let the opposition get off to a really good start.”

Morgan pointed to the T10’s move last year from its original base in Sharjah to the Sheikh Zayed stadium in Abu Dhabi, where the pitch conditions proved more varied from match to match.

“When we were in Sharjah it was just ‘crash bang wallop’,” Morgan said. “The characteristics of the wicket changed day by day this year, and I think that’s a good thing because it allows teams to adapt and apply themselves to whatever the best way is for that for that wicket.

“There were still high scores, but the ball was probably a little bit more in the game which I think cricket purists really enjoy,” he added. “But also there was that factor that, if you flick the TV on, you would see something entertaining, and you would see a number of icons of the game playing throughout the day.

“Another appealing thing about the tournament, over one of the other three formats, is that when you purchase a ticket or you turn the TV for a certain day’s play, you might get to watch your favourite batsman or one hero player, whereas with T10 you get to have a look at three, maybe even four games at a push on one particular day.

“Every team has an icon or one highly-prized professional player that people want to come and watch, that’s extremely appealing.”