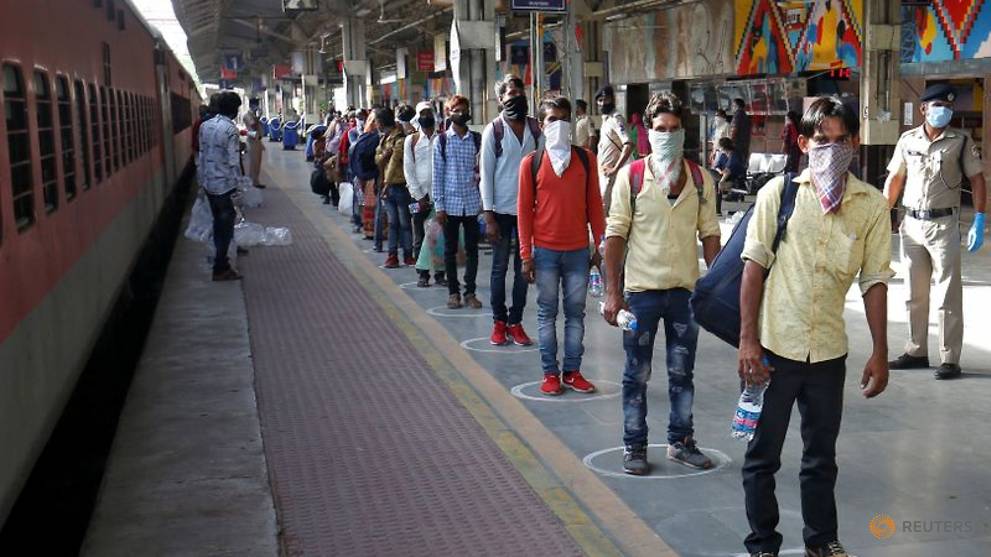 SYDNEY: COVID-19 cases in Asia reached a quarter of a million on Tuesday (May 5), according to a Reuters tally, spurred by outbreaks in Singapore, Pakistan and India, even as China, South Korea and Japan significantly slowed the spread of the disease.

With 250,372 cases, Asia now accounts for just 7 per cent of global cases, compared with 40 per cent for Europe and 34 per cent for North America, although experts worry that unreported cases are masking the true extent of the pandemic.

HOMELESSNESS IN THE SPOTLIGHT

Japan is scrambling to house an overlooked group of homeless people who slept in internet cafes that are now shut due to COVID-19 lockdowns, with a petition to open the Olympic Village in Tokyo for them garnering support.

At least 4,000 people without secure housing use cyber cafes to sleep, according to the Tokyo Metropolitan Government, with 80 per cent of those employed.

These cafes originally only provided internet services, but now have showers and private booths rentable by the hour, and have become popular with commuters who miss the last train home and the homeless, particularly women, according to charities.

Authorities have got hotel rooms for about half of them, said Ren Ohnishi, chairman of Moyai, a housing non-profit.

“But many of them are unaware that authorities have secured hotel rooms due to limited communication by the city, and the application process is also very confusing,” he told the Thomson Reuters Foundation.

Ohnishi has called on city authorities to open up the Olympic Village for all homeless people now that the 2020 Summer Olympics has been postponed, launching an online petition which has got more than 53,000 signatures.

“It is a high-capacity accommodation that can be used for a longer period. It would be a symbol of support and solidarity for Japan,” Ohnishi said.

The Olympic organising committee “has not yet received a formal request regarding this matter”, according to an email from Tokyo 2020. The Tokyo Metropolitan Government did not respond to requests for comment.

About 1.8 billion people worldwide are homeless or live in inadequate housing, according to the United Nations.

Hong Kong is struggling with a similar problem as Tokyo with so-called McRefugees, or people who sleep in McDonald’s fast-food restaurants, with many now out on the streets.

There are more than 400 McRefugees in Hong Kong, according to the charity Society for Community Organization (SoCO).

The Hong Kong government has given grants to charities to provide emergency shelter and short-term accommodation for the homeless, a spokeswoman for the Social Welfare Department said.

A total of 635 such places provide overnight or temporary accommodation for street sleepers, she said.

But these measures fall short of what is required, said Jeff Rotmeyer, founder of homeless charity ImpactHK, and the McRefugees risk missing out on welfare and health services more than those in shelters.

“They are the worst off,” he said. “They are visible yet invisible to most, as they do not appear to be homeless, and are not in the places where the homeless typically are.”