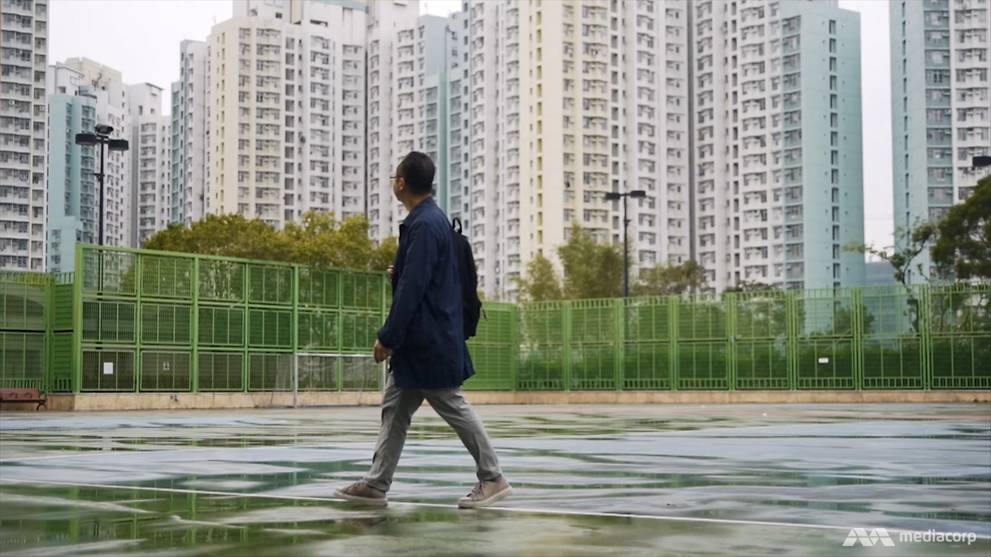 HONG KONG: Hong Kong’s housing is the most unaffordable in the world.

Median income households have to spend 20 years of their earnings to buy a 60 sq m flat at an average cost of US$1.24 million.

The biggest hurdle for buyers is the huge 40 per cent down payment on the value of the flat. Even then, they still have to devote nearly 60 per cent of their monthly income repaying the mortgage.

Renting is equally expensive, and so multiple occupant flats are in high demand among lower income households.

They offer cramped and unhealthy living conditions, with tenants in the cheapest SDUs also having to share toilets. But sadly, it is the only choice for many households.

READ: Commentary: Have Hong Kong’s bloated property giants had a change of heart?

In 2016, nearly 100,000 households with over 200,000 people resided in SDUs. But the absence of rent control and tenancy security protection exposes SDU tenants to exploitation by unscrupulous landlords.

Worse still, flats are being illegally converted into SDUs that do not comply with hygiene and fire safety codes. This has already led to over a dozen deadly fire incidents.

Poor singles who cannot afford even the cheapest SDUs are left homeless. From 2002 to 2018, the homeless population increased from about 400 to nearly 1,200.

THE PUSH TOWARDS PUBLIC HOUSING

The chronic shortage of affordable housing in Hong Kong pushed it to become the first few cities in Asia to develop public housing.

The Hong Kong Housing Authority is now one of the biggest social housing provider with a rental stock of over 832,000 units that accommodated 29 per cent of the city’s population in 2018.

While the poorest 40 per cent of households can apply for highly subsidised rental housing, middle-income households are supported with government developed flats sold at a discount of 60 to 70 per cent via a shared ownership arrangement to increase home ownership.

But the waiting list for pubic rental housing is long. Over 250,000 households and family applicants must wait on average 5.4 years for a rental flat.

The home ownership scheme keeps no waiting list but a round of sales in 2018 attracted nearly 60 applications per flat.

Yet not all applicants to public rental housing are equal. Non-elderly single applicants, who are subject to a point and quota system, are disadvantaged.

Points are assigned according to an individual’s age and years spent on the waiting list. This makes it nearly impossible for young single applicants to enter the public rental sector.

Land reclamation has been the main instrument used to meet the increasing housing demand, and expanding the subsidised social housing sector has been employed to increase housing affordability for the poor.

But both polices seem to have reached their limits.

At the same time, strong opposition from environmentalists has halted large-scale reclamation, with the exception of mega infrastructure developments, for nearly two decades.

Successive governments cite these issues as the major obstacles to solving the housing problem.

SCEPTICISM OVER THE LANTAU TOMORROW VISION

Against this backdrop, Hong Kong’s Chief Executive Carrie Lam and her administration embarked on the ambitious Lantau Tomorrow Vision.

This will add 1700 ha of land by creating a series of artificial islands near Lantau Island at an estimated cost of US$80 billion in its first phase of development.

But this prompted public outcry in Hong Kong. The high price tag was criticised as a drain on public coffers and the project was perceived to only benefit the interests of the real estate sector.

Land reclamation on such a large scale without a detailed risk assessment may also trigger an environmental disaster.

LISTEN: COVID-19 and the outlook for Singapore’s residential property market in 2020 and beyond

The move is being perceived as undermining the 2017 Task Force on Land Supply set up by the current government to engage the public on the big land debate.

Indeed, critics increasingly concentrate on the problem of land use efficiency and equitable land distribution.

It is estimated that Hong Kong has over 1,500 ha of brownfield land in the New Territories. This only just falls short of the 1,700 ha promised in the Lantau Tomorrow Vision.

If the government can take measures to free up underused land, there is no need for such large-scale reclamation projects. It only fuels scepticism towards big white elephant projects.

Ngai Ming Yip is Professor of Housing and Urban Studies in the Urban Research Group at the Department of Public Policy, City University of Hong Kong. This commentary first appeared in East Asia Forum.