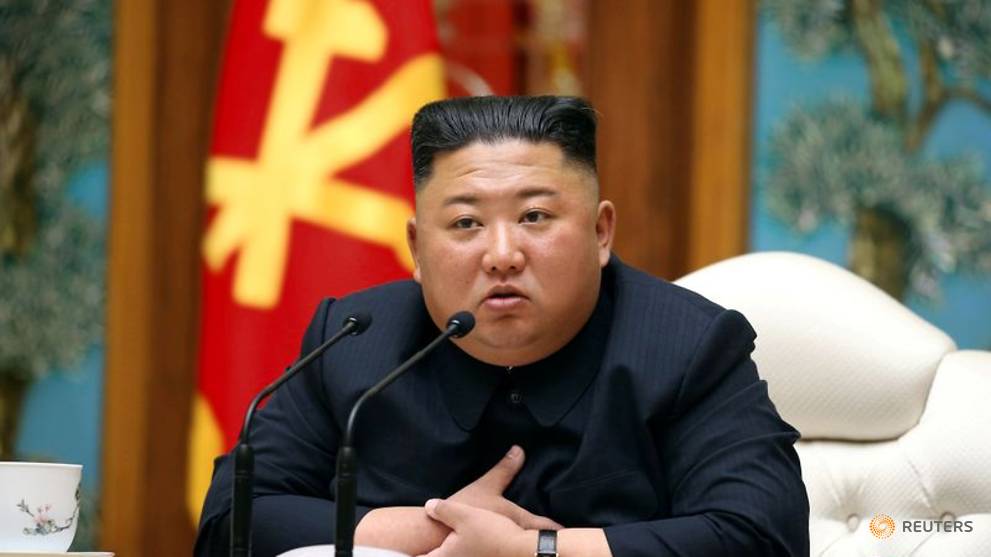 SEOUL: A former senior North Korean diplomat apologised on Monday (May 4) after saying leader Kim Jong Un was likely so ill he could not stand, days before he emerged in state media chain smoking and walking briskly at an event attended by hundreds of officials.

Kim disappeared from state media for three weeks, an unusually long time, sparking a flurry of speculation about his health and whereabouts, and worry about prospects for the nuclear-armed state in the event of an unexpected succession.

But on Saturday, North Korean media published photographs and video of Kim at a ribbon-cutting ceremony for the inauguration of a fertiliser plant.

His re-emergence came as a blow to the credibility of some high-profile defectors from the North who had speculated that Kim was suffering from a grave illness or could even be dead.

One of the defectors, Thae Yong-ho, was North Korea’s deputy ambassador to Britain, where he managed secret funds for Kim. Thae fled to South Korea in 2016 and was one of a pair of defectors elected to parliament last month.

“I am aware that one of the reasons why many of you voted for me as a lawmaker is with the expectations of an accurate analysis and projections on North Korean issues,” Thae said in a statement. “I feel the blame and heavy responsibility.”

“Whatever the reasons, I apologise to everyone.”

The other prominent defector elected to parliament, Ji Seong-ho, had said in a media interview he was 99 per cent certain that Kim had died after cardiovascular surgery and an official announcement would come as soon as Saturday.

Daily NK, a Seoul-based news outlet with sources inside North Korea, reported in April that Kim was recovering from a cardiovascular procedure.

Ji, who was invited to attend US President Donald Trump’s State of the Union address in 2018, did not respond to a request for comment but issued a statement to apologise.

“I have pondered on myself for the past few days, and felt the weight of the position that I’m in,” Ji said.

“As a public figure, I will behave carefully going forward.”

Ji had told Reuters on Friday he had received information about Kim’s death from a source he could not disclose.

South Korea’s ruling Democratic Party criticised the pair for carelessness and said their mistake could do more serious harm than just misinforming the public.

One party member urged them to be excluded from the intelligence and defence committees, while another said the defectors contributed little to South Korean society.

A group of activists lodged a complaint with prosecutors accusing Thae, Ji and the main opposition party chief of spreading false information.

Ji’s party acknowledged he had made “rash, careless” remarks but criticised the ruling party for undermining the two and “instigating hatred” towards them.

The blunders highlight the difficulty of getting reliable information on secretive North Korea.

Thae wrote in his memoir that when former leader Kim Jong Il died in 2011, even the foreign minister had no idea until ministry staff were called to watch a state media announcement.

North Korea has for decades kept tight control on information, and the health and whereabouts of its leader are top secrets shared only with a handful of most trusted aides, said Cho Tae-yong, a former South Korean national security adviser.

“It’s an issue that even top government agencies cannot know unless they have a ‘Deep Throat’ type of source among those aides,” said Cho, who was also elected to parliament as a member of Ji’s party.

The South Korea government, which had urged caution on speculation about Kim’s health and said it saw no sign anything serious had happened, gathers intelligence from various sources including US spy agencies and satellite imagery, said Kim Hong-kyun, a former South Korean nuclear envoy.

“It’s effectively impossible for the defectors to verify the truth, though they can be helpful in cross-checking how the organisation they previously belonged to would operate in such a contingency,” Kim Hong-kyun said.

“In any case, there’s no ’99 per cent certainty’, and you never give numbers no matter how reliable your information seems.”