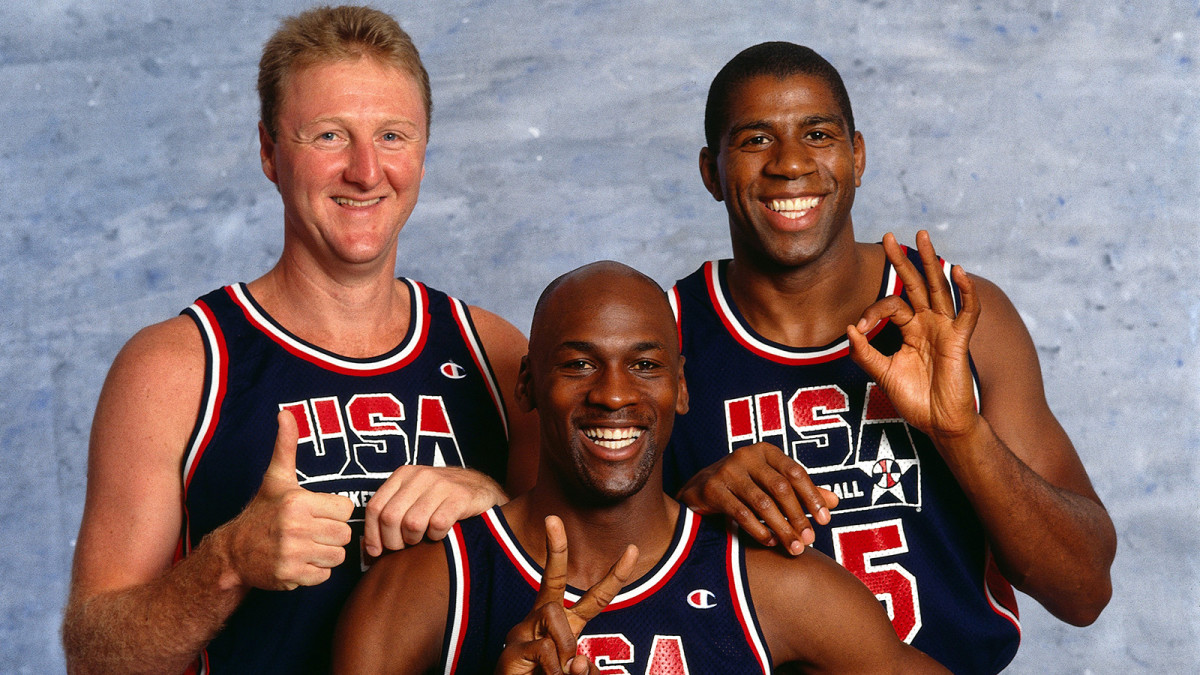 For those who witnessed the United States men’s Olympic basketball team’s onslaught through each of its eight opponents in the 1992 Barcelona games, there was a never a doubt if the U.S. was going to take home the Gold Medal. Instead, there were only questions of by how much they would win each game.

“When will there be another Olympic team as good as this one?” Lakers star Magic Johnson said after the 32-point gold medal game win over Croatia. “Well, you guys won’t be around, and neither will we.”

More than two decades later, the intrigue surrounding the “Dream Team”—as they came to be known—persists. While its average margin of victory was nearly 44 points, many of the stories from those on the roster remain akin to “Arthurian legend,” says Hall of Fame basketball writer Jack McCallum, who covered the team for Sports Illustrated.

McCallum, who later authored the New York Times bestseller Dream Team, is also the narrator of the upcoming podcast, The Dream Team Tapes, due out May 17. In the weekly, eight-part series, which is produced by iHeartRadio and Diversion Podcasts, McCallum utilizes his never-before-heard recordings of some of the game’s biggest stars. The project includes interviews with all 12 of the team’s members along with others closely involved with the juggernaut, such as the late head coach Chuck Daly and the late NBA commissioner David Stern. The result is a thorough reexamination of many of the questions and topics that still surround what is arguably the greatest basketball team of all-time.

Ahead of the series’ release, McCallum spoke with Sports Illustrated to discuss why he thinks the “Dream Team” still interests basketball fans, how his preserved interview tapes impact the podcast, what he thinks the legacy of the team is and what really happened between Jordan and Isiah Thomas.

The following conversation has been edited for length and clarity.

SI: What element of the “Dream Team” story will appeal most to listeners?

Jack McCallum: Well, number one, it has always astounded me how alive this era is or these players are with the current generation. When I’ve taught college journalism vaguely over the last 10 years, I’ve always ended up asking my students, why do you still know about Michael Jordan? And I always get the same thing, which is that MJ—and the team—just existed in this kind of Arthurian legend. Charles Barkley’s still around. And then Magic Johnson, just because he’s so everywhere. Larry Bird remains an eternal legend. These guys still have a hold on the current culture.

Number two, we were coming up on the 2020 Olympics. Now, of course, that’s gone, but every year that the Olympics come up, the “Dream Team” gets talked about. Number three, we thought the idea of having the voices with all the scratchiness and all of the authenticity, that sort of the process of gathering this together would be interesting.

SI: What impact do you think the authenticity of the tapes themselves has on the project?

JM: Well, once in a while when I go on Twitter, I write something about journalism or the inside story of a story itself, giving some of the background behind it. A portion of people like to hear about the journalism process. They like to hear the idea behind it. The tapes really do provide an inside look.

SI: What did you learn about the “Dream Team” revisiting the tapes?

JM: I picked up again the enthusiasm to which these guys got into the subject. I talk about it in the podcast, of how hard it was to get some of them. And that’s true. Well, actually Larry was really the only hard one. But once we sat down, I was struck with their enthusiasm and their eagerness to talk about this story. It really really struck me again. I had them at the right time.

It also really struck me when I went back and listened to the David Robinson interview, how he opens up his heart about growing up between the white and black world. It had nothing to do with the “Dream Team,” but it goes along with how eager these guys were to talk.

SI: The team’s omission of Isiah Thomas seems to be one of the most frequent talking points about that Olympic roster nowadays. What do you think listeners will take away from that section of the podcast?

JM: I think the Isiah-thing, and I almost feel bad about it, I almost feel bad that Isiah has to talk about it so much. I think in a perfect world, Isiah Thomas probably would have been on the “Dream Team,” probably would have been one of the 12 players selected. But I think when they hear the podcast and they hear everything, they’ll understand that nothing is done in a perfect environment and that they will have the truest and most complete story of why Isiah wasn’t on the “Dream Team.”

SI: What other plot points of the “Dream Team” do you think will appeal most to listeners?

I think another thing that’s been forgotten that’s in the final episode, is what happened when they got back to the United States. Right away, they get back and Karl Malone has an issue with Magic and HIV, which had remained a non-issue basically from the time he played in the All-Star game, which is in February of ’92 all the way through the Olympics in August of ’92. And suddenly, when they got back for the ‘92-93 season, it rekindles again. Episode 8 is a lot about that. It’s about Larry’s retirement and how Magic goes through dealing with this HIV controversy. He ends up leaving the game, although he comes back. I’d say the aftermath is kind of a big thing too.

SI: What do you see the legacy of the “Dream Team” being?

JM: I think it just completely opened up the floodgates of the world to basketball. I know everybody’s concentrated on the marketing opportunities, but all these times that they’re beating everybody by 50 and 60 points, the people like me are rubbing there hands and going like, “Oh man, this is unbelievable,” while the people like Manu Ginobili and Dirk Nowitzki and Tony Parker are watching it and going, “Well yeah, they’re a hundred-times better than us, but we’re playing the same game. We’re screening away, we’re working picks, we’re moving without the ball, we’re doubling teaming. It’s a simple game.” Bird, every time I talked to the guy, he said, “It’s a simple game.” We were just doing it at a level fifty-times better than anybody else was. To me, it was just opening up the game to the world. It opened up the idea that this wasn’t a mystery anymore, that you could also play the game.

JM: Number one, the presence of Jordan. I just think that kind of sets it apart. Number two, they had this defensive combination of Jordan and Scottie Pippen. One of the things Bird told me that stuck with me is that Bird used to sit there in awe and just watch Jordan and Pippen play defense. And I just don’t think two guys have put that together the way Jordan and Pippen played. Bird said the point guard from the other team would just throw the ball in the air and that he had, “No chance of doing anything.” So I don’t think we’ve had that kind of thing again. Number three, Patrick Ewing and Robinson as pure centers. We don’t have that example anymore. That made them different.

Every generation improves athletically, and that’s what people who argue with me about ‘92 always tell me. But screw you, athletes always get better. I said that’s true, the athleticism does get better, but I don’t care what you say, this was an anomaly. Jordan, Pippen, Robinson, Barkley, Karl Malone. Athletically, those guys stand up in any era of basketball. You could take their bodies into 2012, 2020, they are still an anomaly. And finally, number four is, unlike the “Redeem Team” and I give that team a ton of credit, the “Dream Team” had this perfect example of seasoning and youth.

SI: What was it like hearing the tapes of the late Pistons and Team USA head coach Chuck Daly and longtime NBA commissioner David Stern again?

JM: It was kind of bittersweet. Chuck died in 2009, but I do have him on tape. And his public relations guy with the Pistons, Matt Doebeck, who was over in Barcelona as Daly’s information guy, died in 2010. Hearing the voices of the people that are gone, I was very kind of emotional when I went back over the podcast and listened to their voices, heard Stern’s voice. Stern’s on there a lot. And one of the things he admits is we had other things to think about in 1988. We were not thinking about the Olympics. He gives all credit to Boris Stankovic.

Jack McCallum covered Jordan for years as an SI senior writer and remains a special contributor to the magazine. The author of the New York Times bestseller Dream Team, he is the narrator of the upcoming podcast The Dream Team Tapes, due out May 17. Subscribe here.

Inside the Making of The Last Dance

The Record, Episode One: Michael Jordan