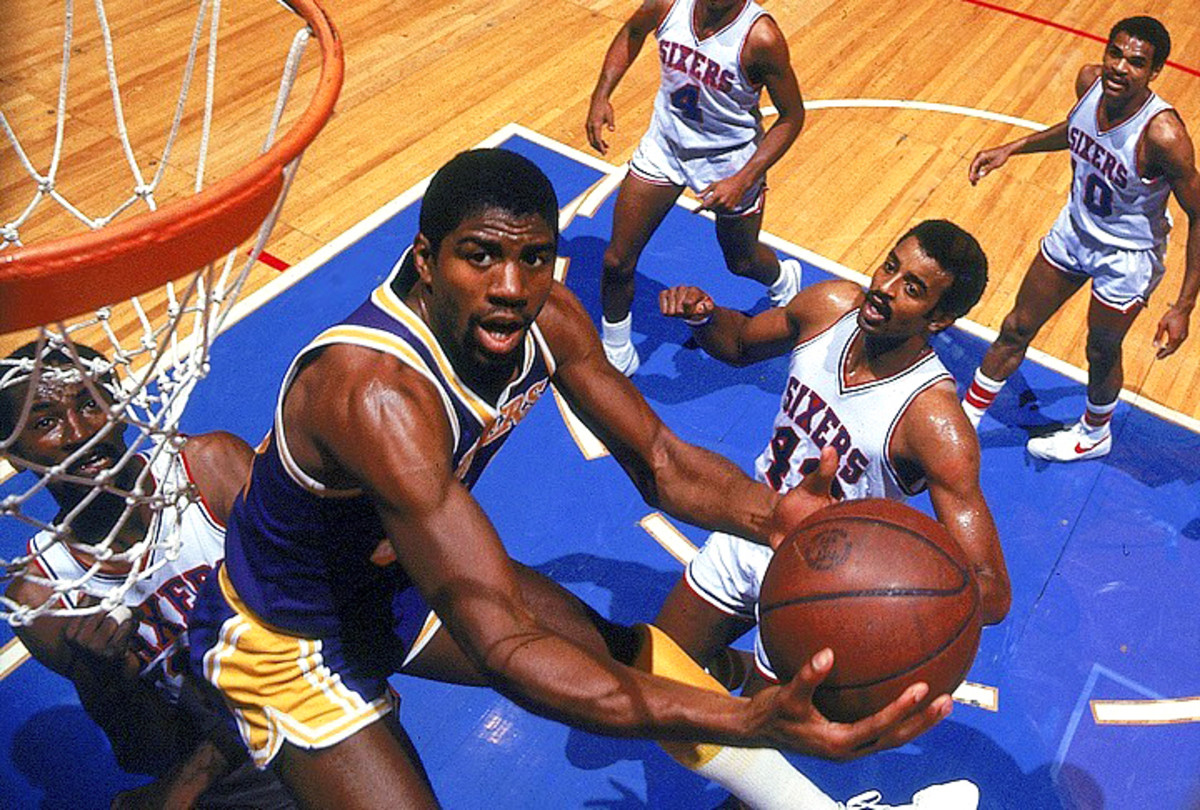 Johnson’s Lakers reached the Finals in 1980, his rookie season—the first time Los Angeles had reached the championship round since 1972. On May 4, 1980, Johnson made his Finals debut against the 76ers and didn’t disappoint, coming up just one rebound shy of a triple double: He finished with 16 points, 10 assists and nine rebounds in a 109–102 Lakers victory.

The star of Game 1, though, was Kareem Abdul-Jabbar. The center, whom the Lakers had acquired five years earlier, scored 33 points and grabbed 14 rebounds to lead the Lakers to a win. A few days later, with the series tied 2–2, Abdul-Jabbar’s 40 point sand 15 rebounds helped Los Angeles move within one win of the Finals.

But Abdul-Jabbar suffered a sprained ankle in Game 5, leaving Los Angeles without their big man for Game 6. It was a blow to L.A.’s title hopes, but for the team’s 6’9″ rookie point guard, it was another opportunity.

Starting at center, Johnson dazzled with 42 points—his career high in the Finals—15 rebounds, seven assists and three steals. His performance for the series earned him the Finals MVP award, an honor he would win twice more in his career.

With that championship, the Showtime Lakers were born: For the decade, the Lakers would make eight trips to the Finals with five championships. It all started with Johnson’s strong Game 1 performance.