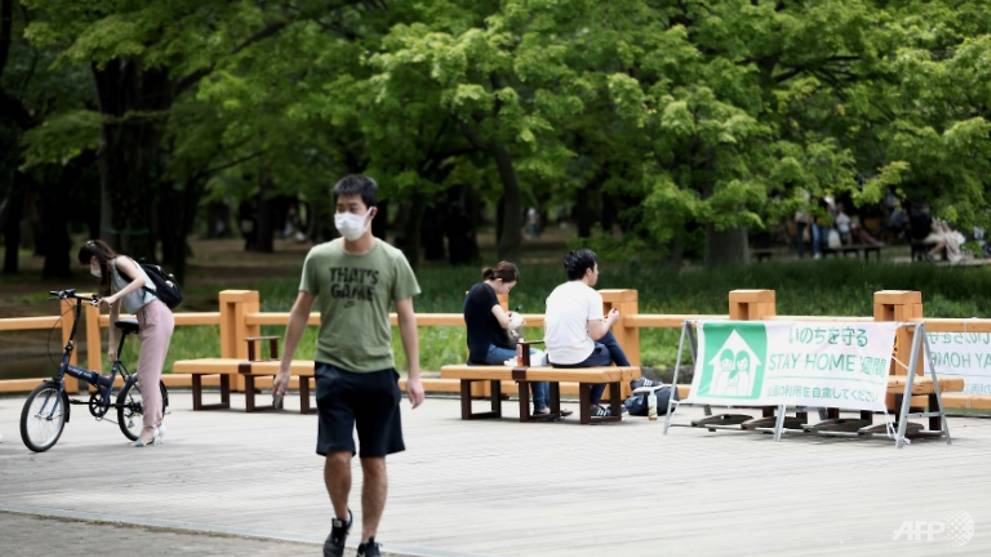 TOKYO: Japan’s government prepared Monday (May 4) to extend its nationwide state of emergency to the end of May as it braces for a lengthy battle against the coronavirus pandemic.

Prime Minister Shinzo Abe declared an initial month-long state of emergency for Tokyo and six other regions on Apr 7, later expanding it to cover the entire country.

It is to expire on Wednesday, but Abe is expected to announce an extension to May 31 after consulting infectious diseases experts.

He is to explain the government decision at a press conference later Monday.

Tokyo Governor Yuriko Koike said she had asked Abe’s minister in charge of the virus outbreak Yasutoshi Nishimura about the government’s plan for an extension.

“The minister told me they were putting it together for an extension to May 31,” Koike said in a video message to residents late Sunday.

As experts met Monday, Nishimura warned the battle against the virus was far from over.

“Preparing for the fact that it will take a long time to deal with this infectious disease, I’d like you to propose concrete examples of a new way of life that would enable people to prevent infections while maintaining social and economic activities,” he told a gathering of experts.

Japan’s state of emergency is significantly less restrictive than measures seen in parts of Europe and the United States. It allows governors to urge people stay at home and call on businesses to stay shut.

But officials cannot compel citizens to comply, and there are no punishments for those who fail to do so.

Local reports said the government would continue to urge residents in 13 high-risk prefectures, including Japan’s biggest cities, to cut person-to-person contact by 80 per cent and exercise other strict social distancing rules.

But museums, libraries and some other facilities are likely to be allowed to reopen so long as they take anti-virus measures.

For the rest of Japan, prefectures will be allowed to loosen restrictions on business closures and small gatherings but residents will still be asked not to travel outside their home regions. Bars and nightclubs will be asked to remain shut.

Japan has reported a comparatively small scale outbreak, with more than 15,000 infections and 510 deaths so far.

But there have been persistent fears about a spike in infections that could quickly overwhelm the country’s healthcare system.

Doctors’ associations have warned that hospitals are already stretched thin, with officials in Osaka even calling for donations of raincoats to serve as protective equipment for health workers stuck using trash bags.

Measures have been implemented to try to ease the pressure, including sending coronavirus patients with mild symptoms to hotels for quarantine rather than keeping them in overcrowded hospitals.

The government has also said it is increasing testing capacity but continues to face criticism for the relatively low numbers of tests being carried out, in part because of stringent criteria.