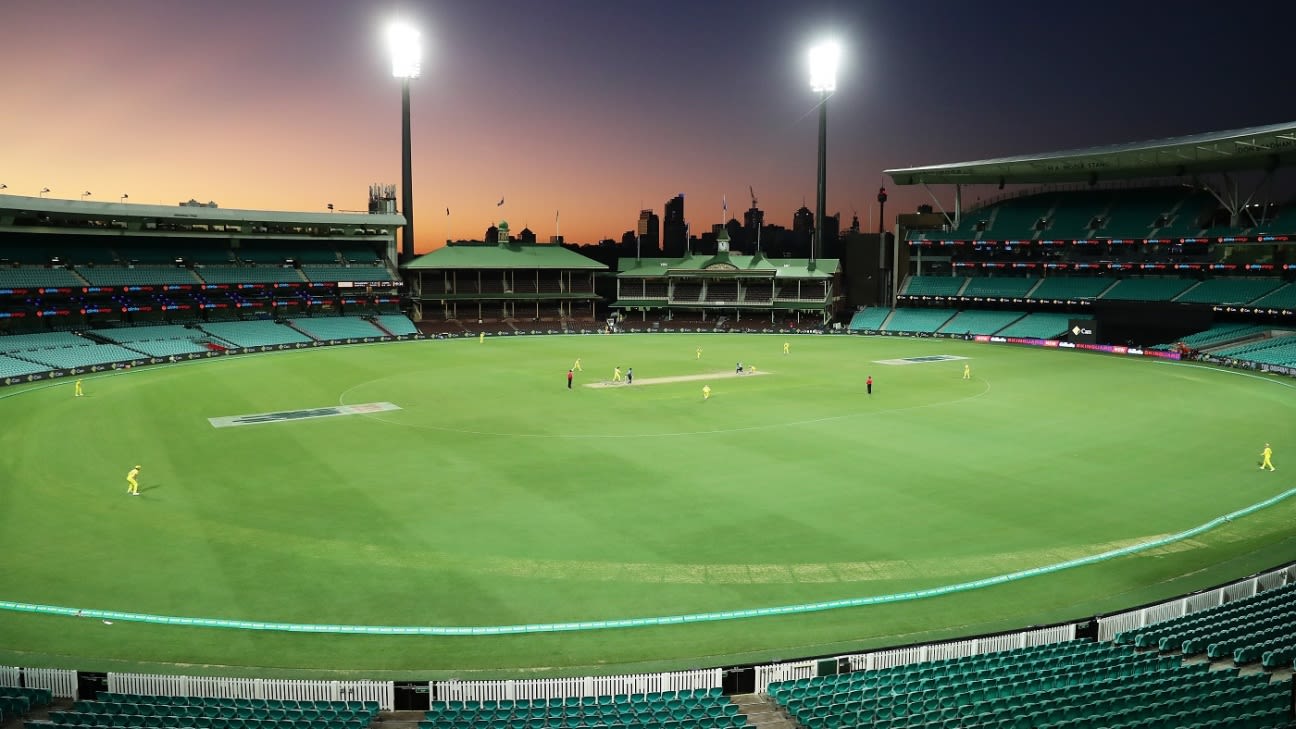 The fate of the men’s T20 World Cup in Australia, slated for later this year, could yet come down to the likely absence of crowds rather than the challenge of getting teams into the country.

The shape of the 2020-21 season in Australia remains in significant doubt, but there have been a few positive indications in recent days that the scheduled cricket may yet be able to take place with Australia being one of the countries managing to effectively tackle the Covid-19 pandemic.

The strongest indications revolve around the visit by India – the cancellation of which could cost Cricket Australia A$300 million [US$192 million approx.] – but there also remains a chance of the T20 World Cup still happening. At its recent meetings, the ICC said that preparations were still on for the 16-team tournament due to start on October 18 with a final decision not expected to be taken until August.

Discussions continue between CA and the federal government about what needs to be put in place for international cricket to take place later in the year, and on Friday the Australian Institute of Sport published a framework for the return of sport at all levels in the country.

While a bilateral series has huge logistical and bio-security challenges to overcome in the current climate – the first indication of how they are tackled could come in the English season – they are multiplied many times over for a 16-team world event, some from countries severely hit by the pandemic. However, the Australian government sports minister, Richard Colbeck, believes a solution could be possible, meaning a decision would need to be made about the value of a global event behind closed doors.

“If this is the case and we have to play behind closed doors, the more and more that happens we’ll get more used to it and understand it. I don’t think it takes anything away from the actual game”

“I’d love to see an Australia-India Test series this summer and I’d really like to be able to see the World Cup go ahead, but that will be quite a complex protocol to bring that number of countries in from around the world,” Colbeck told SEN Radio. “The issue [for the World Cup] is not so much the teams as the crowds and that’s probably one of the hurdles we really have to consider and probably one that world cricket will look at pretty closely as well.

“We all know the difference in atmosphere when you see a filled stadium verses one that’s empty… they will be some of the broader considerations, but in a team sense I’d like to think that we can build some protocols with the cooperation of the sport and the players, that’s going to be extremely important, with appropriate quarantine and bio-security protocols to see if we can make the competition go ahead.”

In one of the first signs in sport that the overall situation is improving in Australia, the Warriors rugby team from New Zealand arrived in Tamworth, New South Wales, on Sunday to prepare for the resumption of the NRL later this month. However, New Zealand has also had significant success tackling Covid-19, to the extent that the country recorded zero new cases on Monday. Expanding travel exemptions to a wider spread of nations would need to be a careful process.

“Those conversations are being had, discussions about what the protocols might look like,” Colbeck said. “They will be difficult because one of the things that has been a key part of our success is that we limited access to Australia from areas where there were significant outbreaks of Covid-19 and that’s contributed to the low rate of spread we have now. But we would have to be prepared to consider appropriate plans put forward by the various codes.”

Asked more broadly about crowds returning to sports events when social-distancing regulations are eased, Colbeck said it was hugely reliant on being able to trace possible cases. “Our capacity to be able to open up sport to crowds and all those sorts of things is going to be really dependent on our capacity to track and trace then quarantine community spread.”

Australia and New Zealand played an ODI behind closed doors at the SCG in March shortly before restrictions were ramped up. Players have spoken about how it was a strange experience, but are confident that it would not detract from the spectacle if it meant a chance to resume the sport.

“If this is the case and we have to play behind closed doors, the more and more that happens we’ll get more used to it and understand it,” Marnus Labuschagne said. “I don’t think it takes anything away from the actual game. For us it’s just about being ready and making sure that we’re ready to make any sacrifices that we can to get cricket back on TV and cricketers back out there playing.”